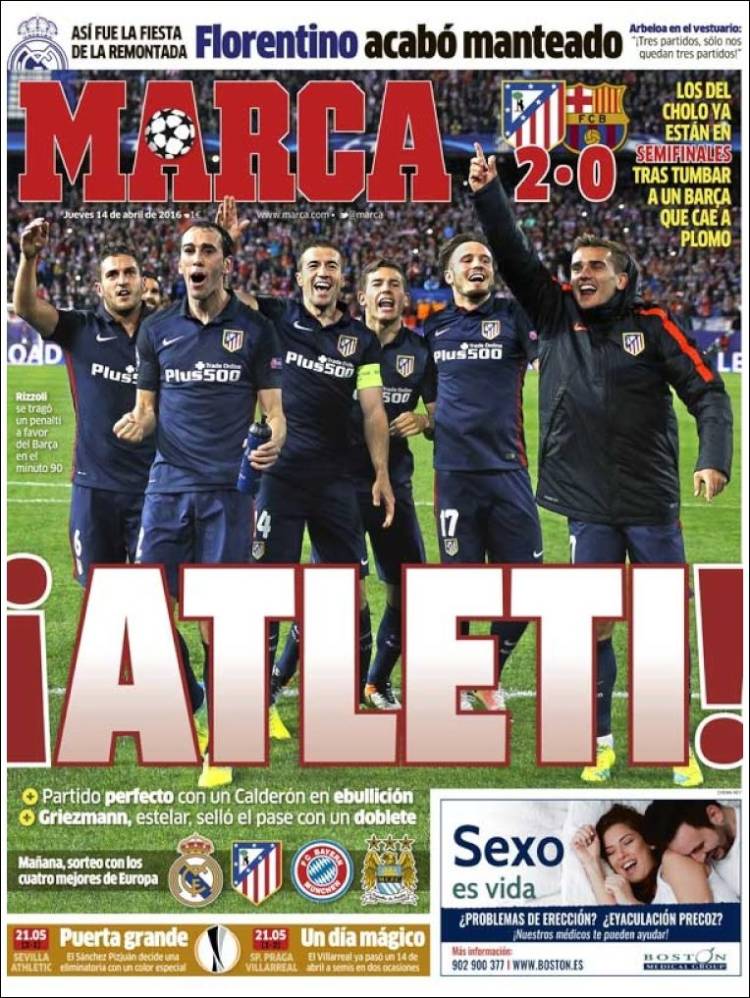 It was the fiesta of the comeback

Florentino ended up tossed in a blanket

Arbeloa in the locker room: “Three games, we only have three games left!”

Rizzoli swallowed a Barca penalty in the 90th minute

Perfect game with a boiling Calderon

Tomorrow, the draw with the best four in Europe

The Sanchez Pizjuan decides the knockout with a special colour 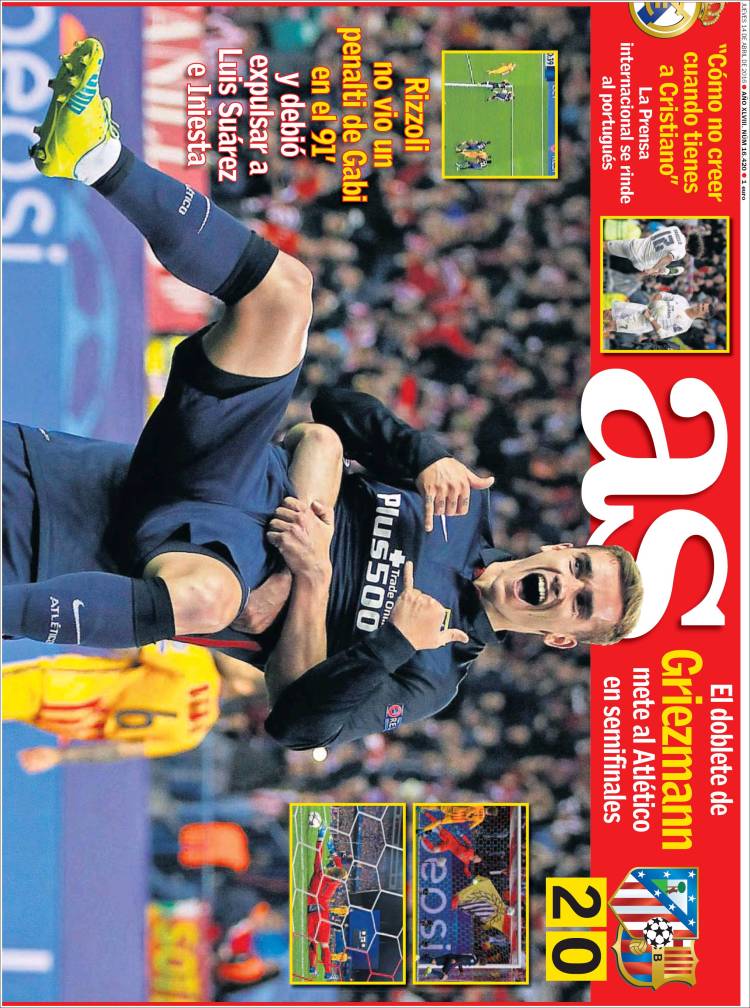 “How do you not believe when you have Cristiano?”

The international Press pays homage to the Portuguese 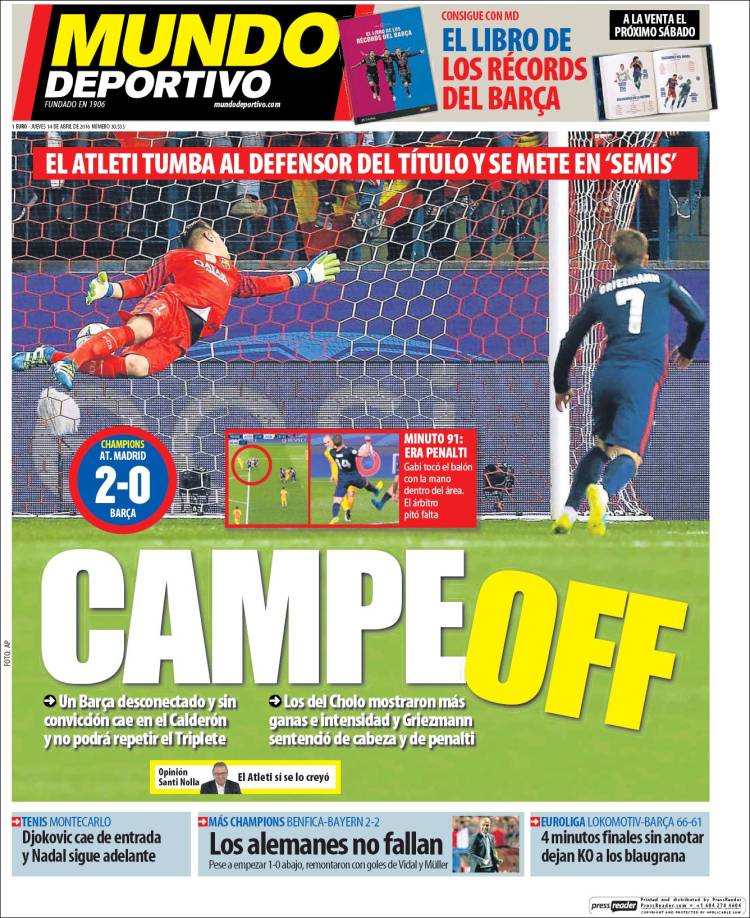 Atleti knock out the defending champion and get into the semis

It was a penalty in the 91st minute

Gabi touched the ball with his hand in the area. The referee didn’t whistle.

Despite going 1-0 down, they came back with goals from Vidal and Muller