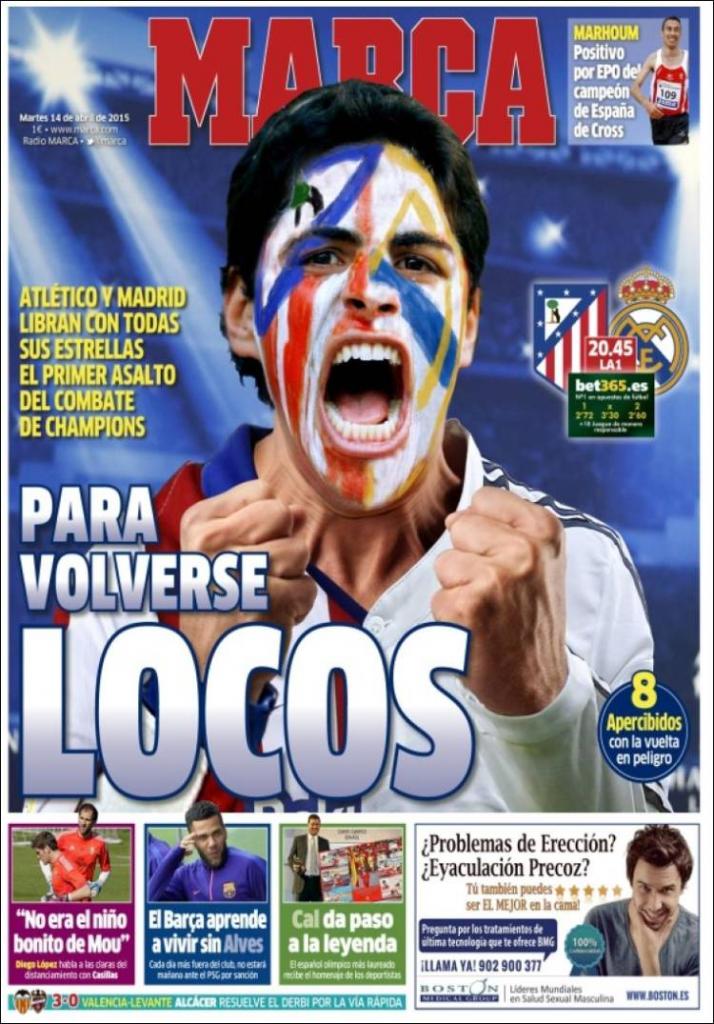 “He wasn’t the great kid Mou had”. Diego Alves speaks about Casillas

Barca learn to live without Alves. Every day he is further away from the club and will not be available against PSG tomorrow 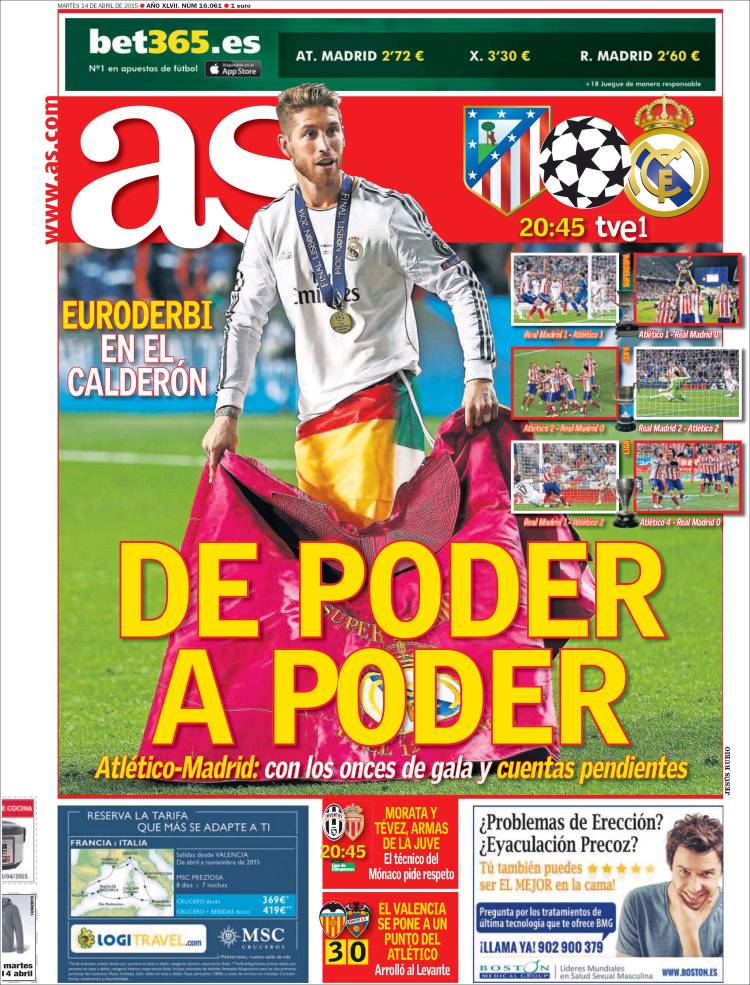 From strength to strength

A Euro derby at the Calderon

The Monaco boss asks for respect

Valencia one point behind Atletico. They overwhelm Levante 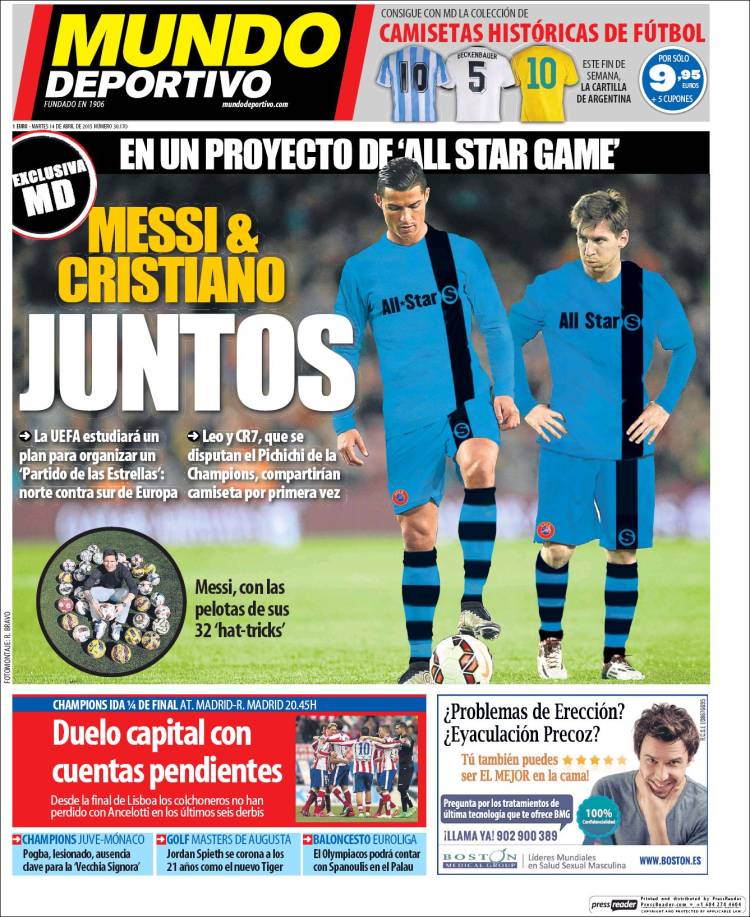 Messi and Cristiano together in an ‘All-star game project’

EUFA will study the plan to organise an All-star game: northern Europe against southern Europe

Leo and Cristiano, who are competing for the Champions League Pichichi, would share a shirt for the first time

Messi, with the balls from his 32 hat-tricks

A capital clash with outstanding accounts. Since Lisbon, Los Colchoneros have not lost against Ancelotti’s men in six games