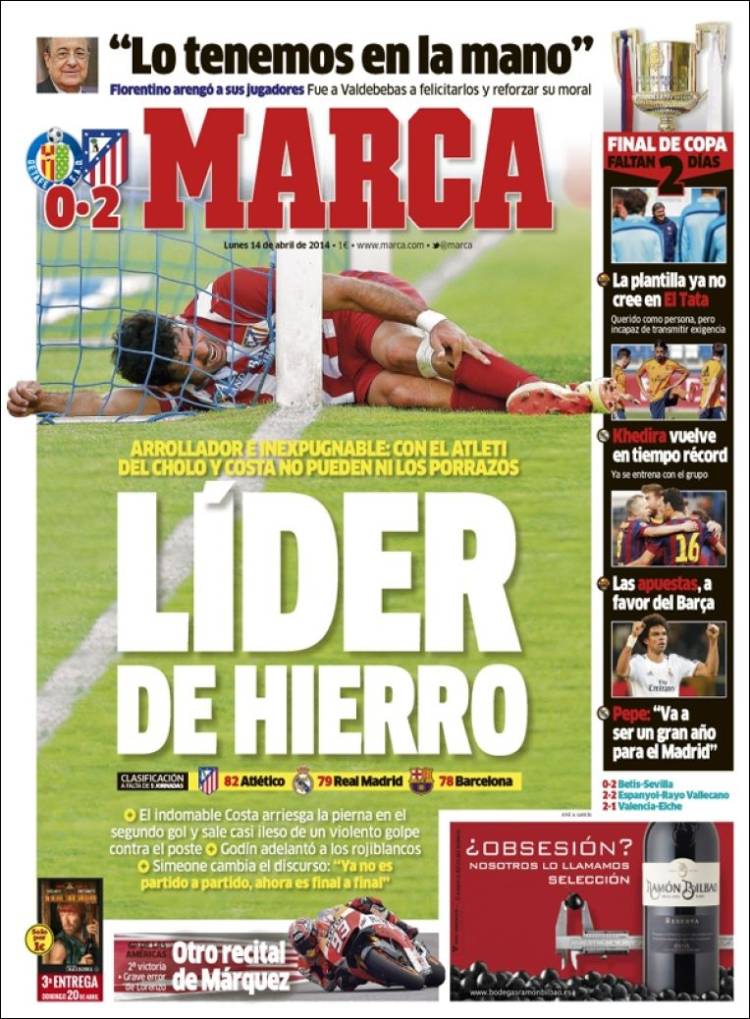 Unstoppable and impregnable: El Cholo's Atletico and Costa cannot be thrown off course

Simeon changes discourse: "Now it is not game by game, but final by final"

"We have it in our hands" Florentino Perez

Florentino rallies his players: He went to Valdebebas to salute and congratulate the players

The team do not believe in Tata

Respected as a person, but incapable of transmitting his message

Already he is training with the team

Pepe: "It will be a great year for Madrid" 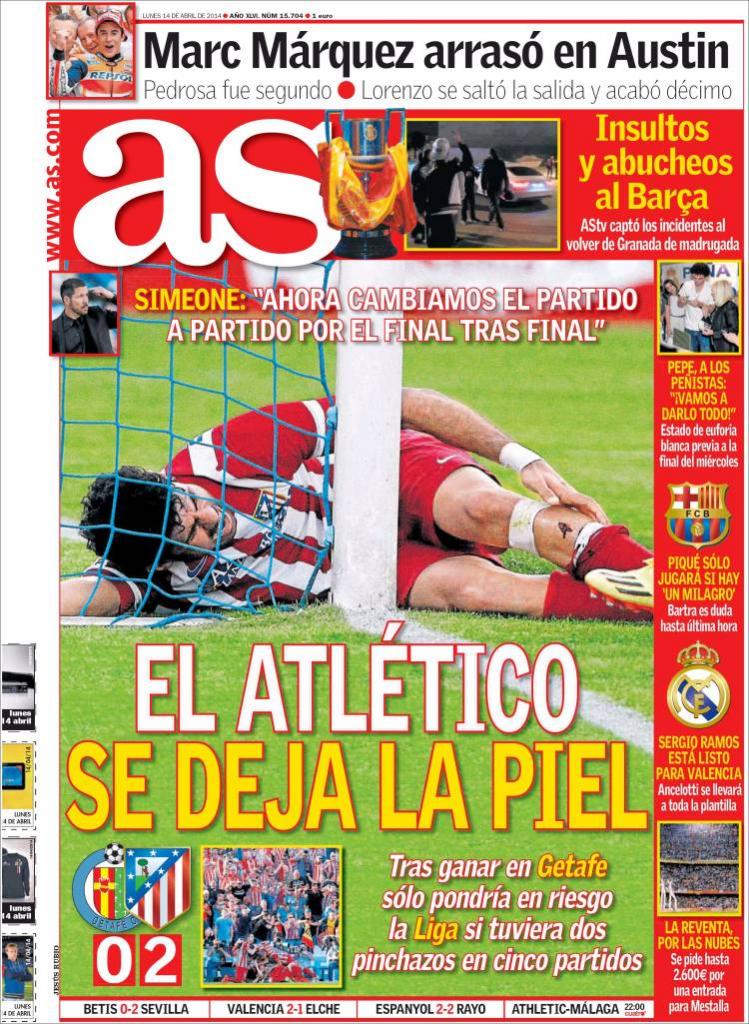 After beating Getafe, only if they fail twice to win in five games do they risk losing the title race

Simeone: "Now we change from game by game to final by final"

Insults and abuse at the Barca team bus

AStv captured incidents of the team's return from Granada

Pepe to the supporters club: "We are going for everything"

Euphoric state in Madrid ahead of the Wednesday final

Pique solo will play if there is a miracle

Bartra is a doubt

Sergio Ramos is ready for Valencia

Ancelotti will take the whole team 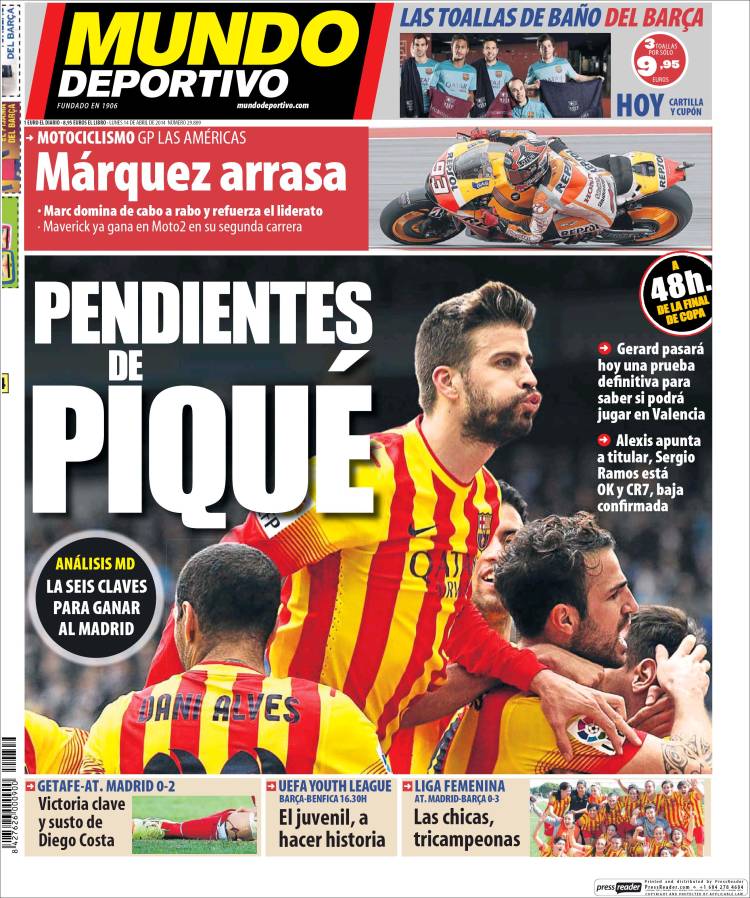 Alexis will start, Sergio Ramos is ok and CR7 is out

The six keys to beating Madrid