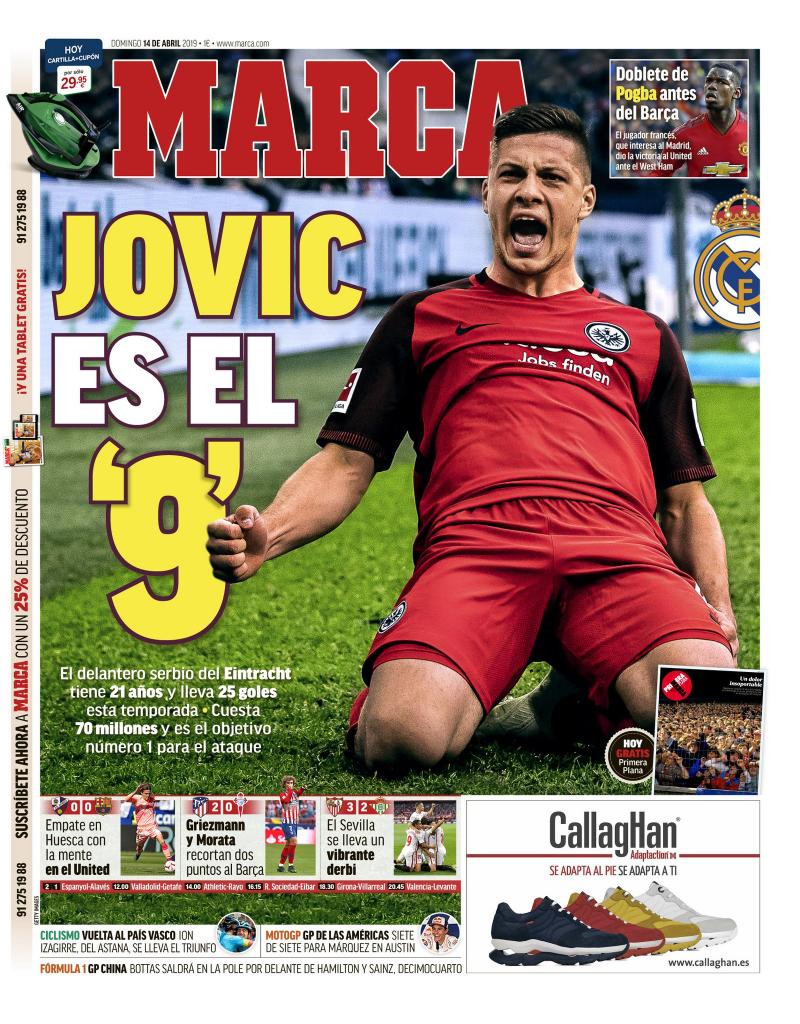 REAL MADRID: Jovic is THE No.9 - The 21 Serbian forward, currently on loan at Eintracht Frankfurt, has already netted 25 goals for the German side this season. He could be available for a fee of €60m this summer - and he now Real Madrid's primary transfer target.

BARCELONA: Ernesto Valverde's side draw with Huesca, with their minds already firmly on Tuesday night's clash with Manchester United. 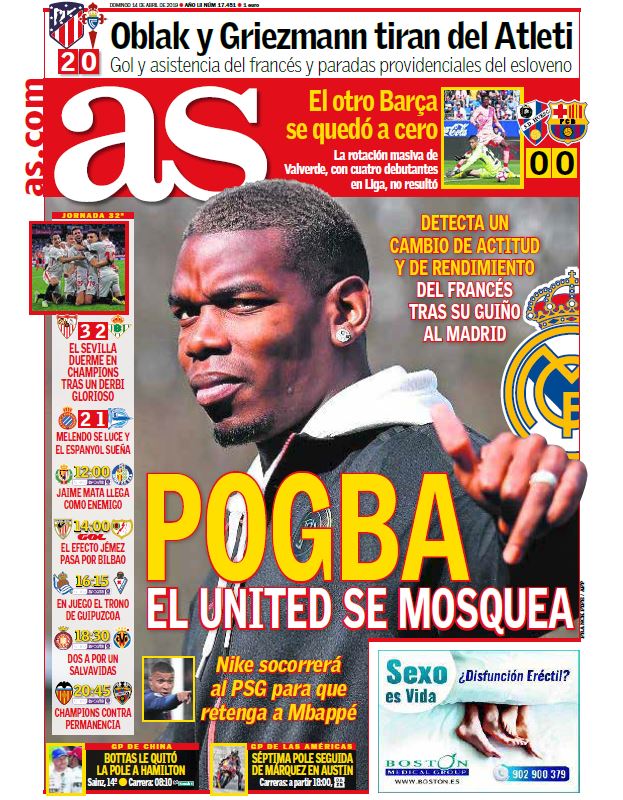 REAL MADRID: Pogba - United are not happy with the French international, the Premier League side believe his attitude and performances have dropped since being linked with Real Madrid.

BARCELONA: The 'other' Barcelona draw 0-0 at Huesca, as Ernesto Valvede makes 10 changes to his side - including handing out four La Liga debuts. 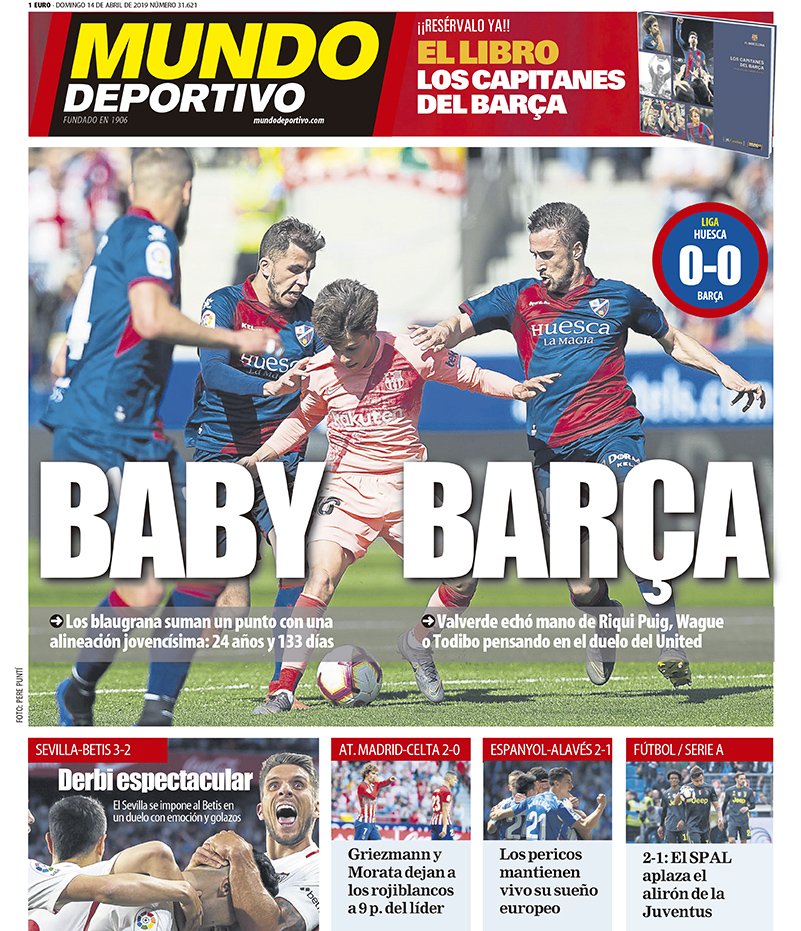 BARCELONA: Baby Barca - Barcelona grab a point away at Huesca with a side with an average age of 24 years and 133 days.The former Athletic Bilbao man hands La Liga debuts to Moussa Wague, Ricard Puig and Jean-Clair Todibo.

ATLETICO MADRID: Goals from Antoine Griezmann and Alvaro Morata secured a 2-0 win at home to Celta Vigo, as they cut the gap to leaders Barcelona to nine points.