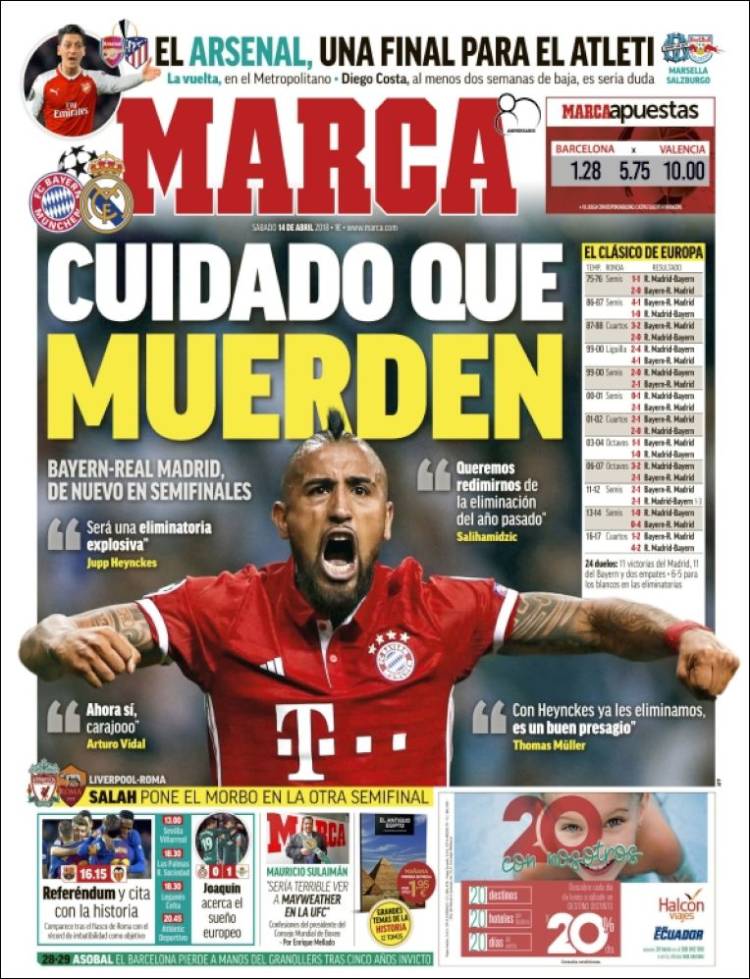 Arsenal, a Final for Atleti

The return leg, at the Metropolitano

Diego Costa, out for at least two weeks and is a serious doubt

Watch out for who bites

"We want to redeem ourselves for last year's elimination" - Salihamidzic

"We've already eliminated them with Heynckes, it's a good omen" - Thomas Muller

Salah brings curiosity to the semi-final

Referendum and date with history

Joaquin closes in on the European dream 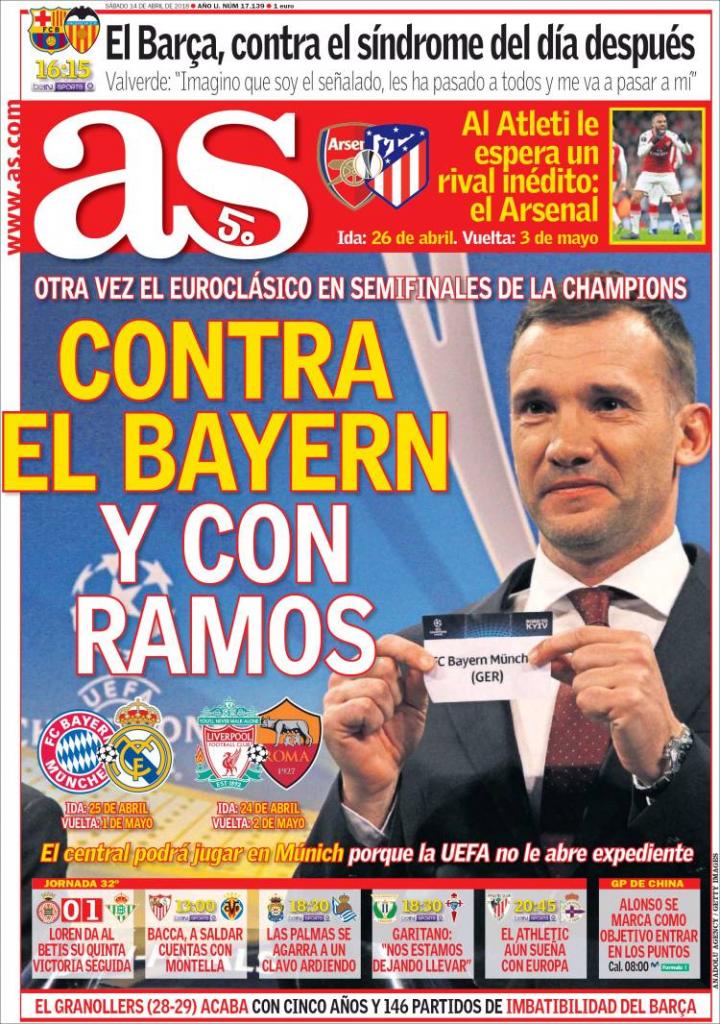 Barca, against the syndrome of the day after

Valverde: "I guess I'm the one being pointed at, it's happened to everyone and it'll happen to me"

Another Euroclasico in the Champions League semi-finals

Bacca, to settle his score with Montella

Garitano: "We're getting carried away" 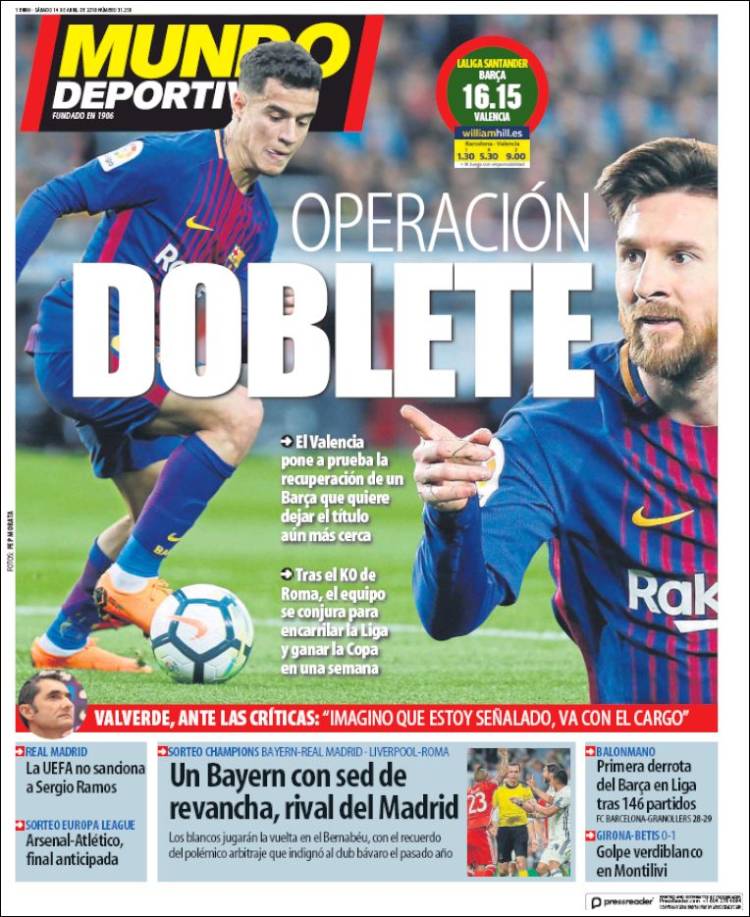 Valencia test the recovery of Barca, who want to get even closer to the title

After being KOed by Roma, the team are keen to get back on track in La Liga and win the Copa in the same week

Valverde, against the critics: "I guess the finger's being pointed at me, it goes with the territory"

UEFA do not punish Sergio Ramos

A Bayern side with a thirst for revenge, Madrid's opponents