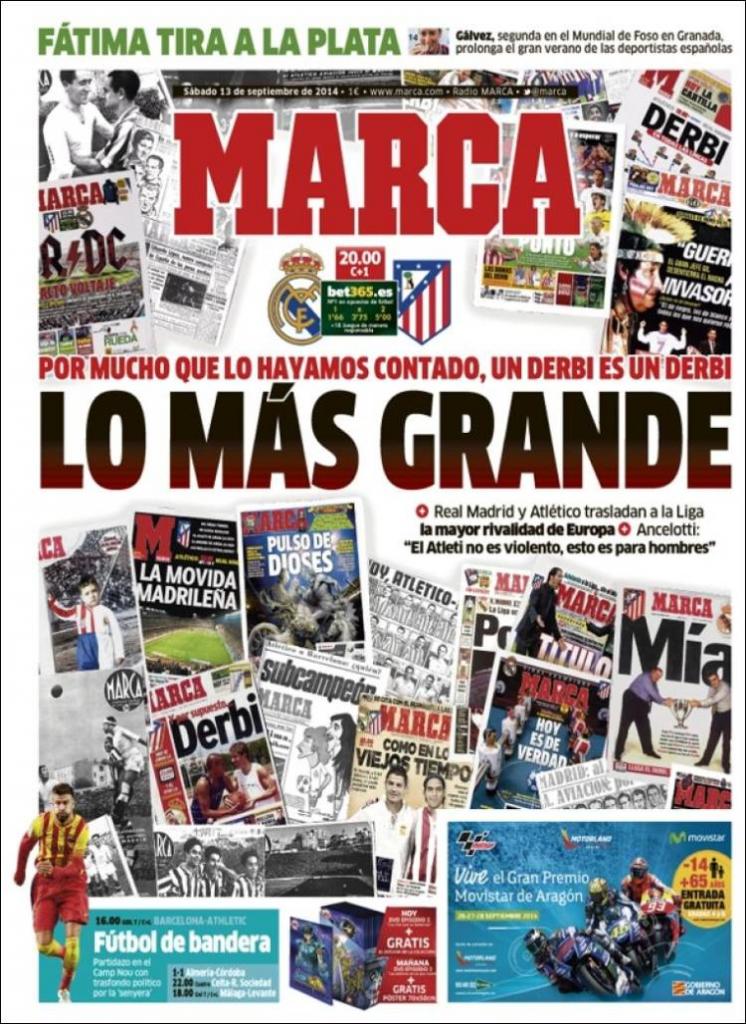 However much we have reported, a derby is a derby

Ancelotti: “Atletico are not violent, this is for men”

Football with a flag 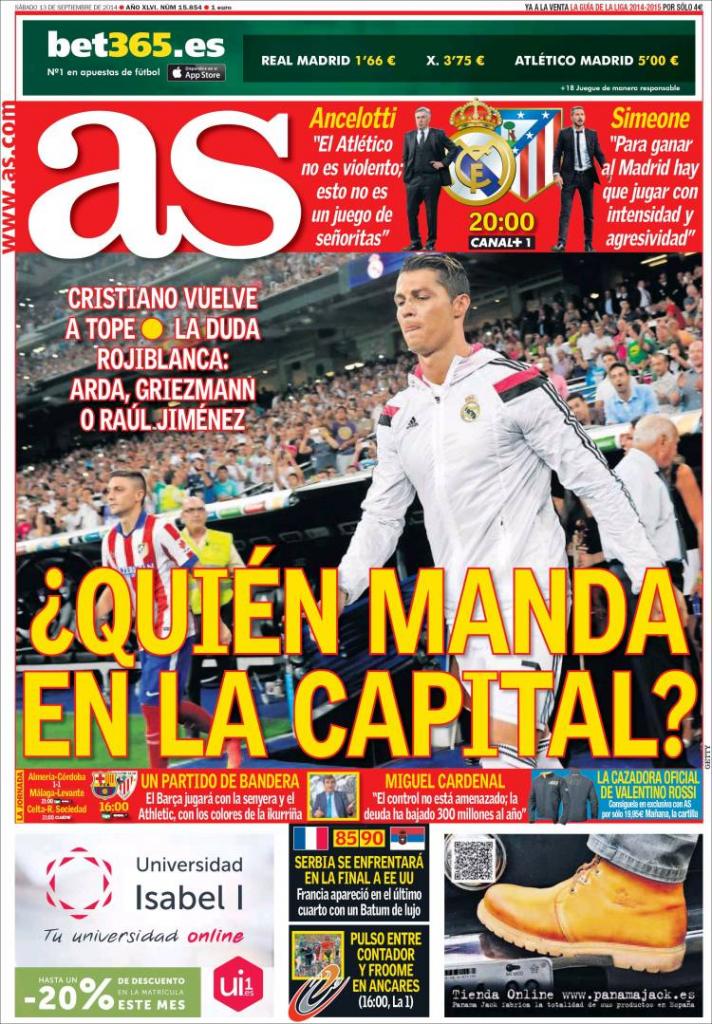 Who is in charge in the capital?

The red and white doubt: Arda, Griezmann or Raul Jimenez

Ancelotti: “Atletico are not violent, this isn’t a game for young ladies”

Simeone: “To beat Madrid you need to play with intensity and aggression”

A game with a flag

Miguel Cardenal:”The control isn’t threatened; the debt has come down to €300m per year” 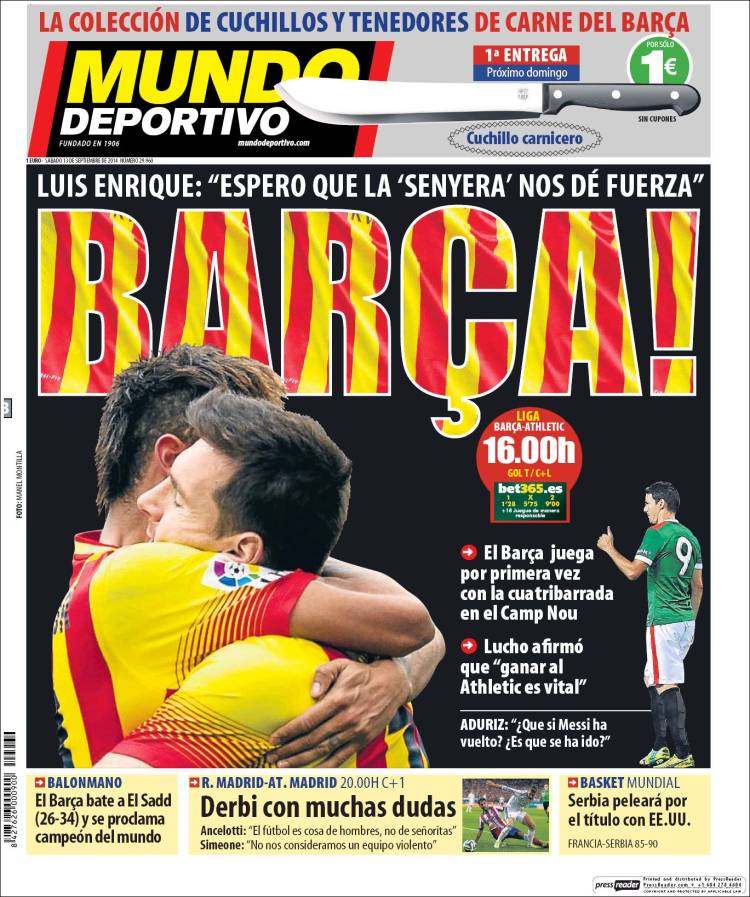 Lucho declares that “to beat Athletic is vital”

Luis Enrique: “I hope the ‘senyera’ gives us strength”

Aduriz: “What if Messi has come back? Is that because he went away?”

A derby with many doubts

Ancelotti: “Football is a man’s game. It’s not for young ladies”

Simeone: “We don’t consider ourselves to be a violent team”