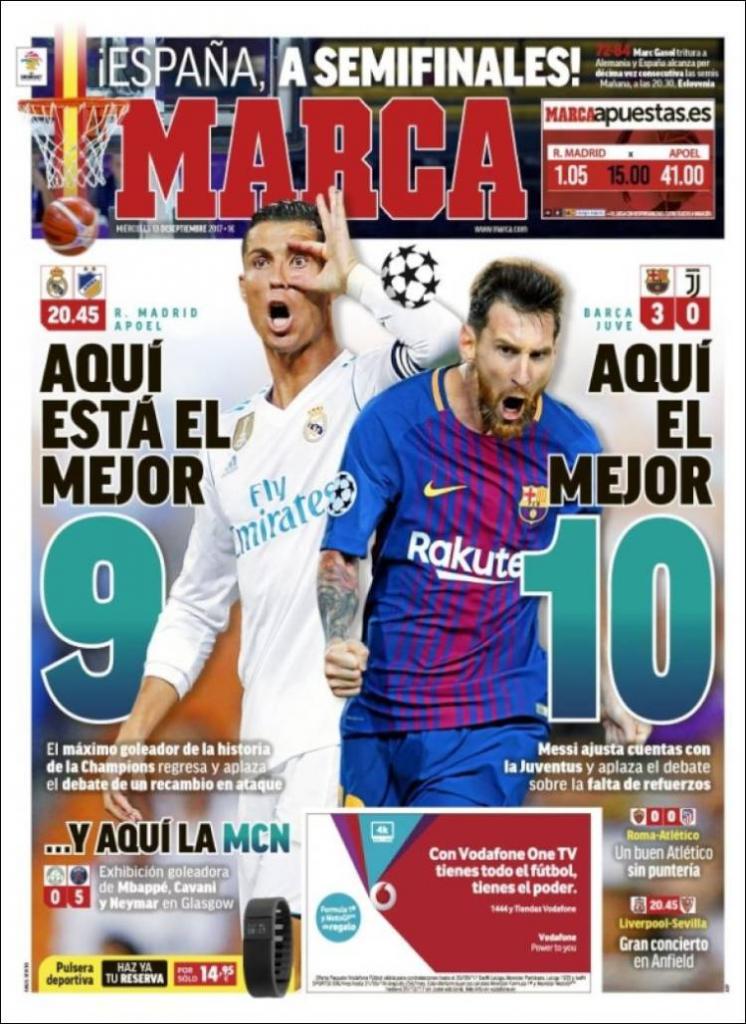 Here is the best number 9

Top goalscorer in UCL history and returns to Madrid's attack

...and here is the MCN - exhibition of Mbappe, Cavani, Neymar in Glasgow

A good Atleti but without aim 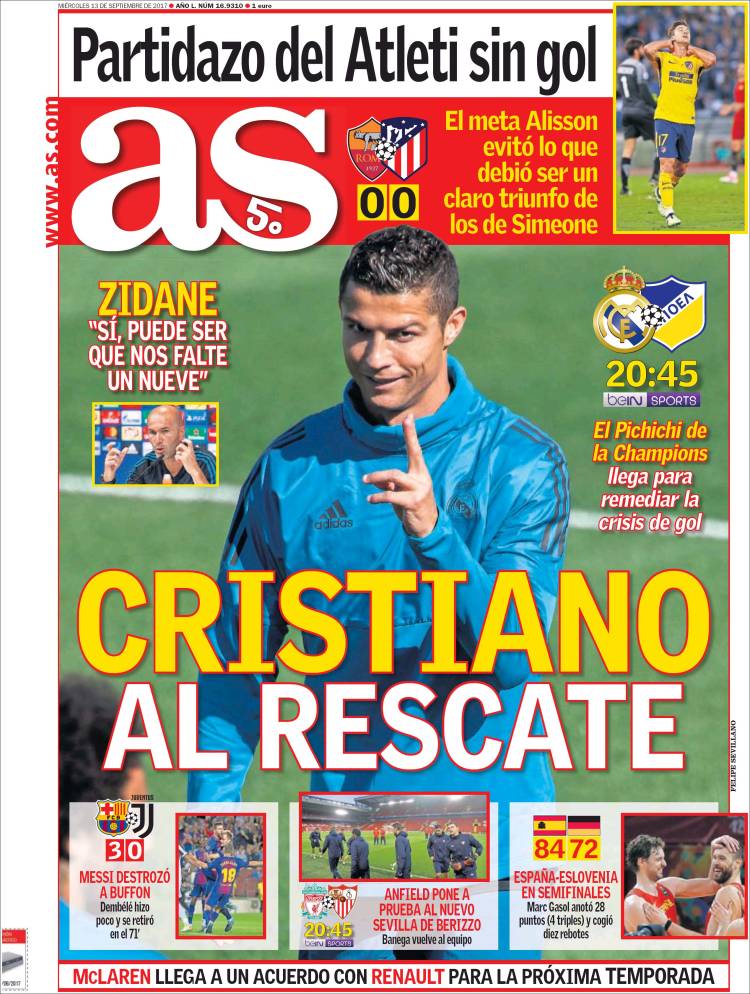 Cristiano to the rescue

ZZ: Yes, it could be said we missed a number 9

Anfield to test Berizzo's Sevilla - Ever Banega returns to the team 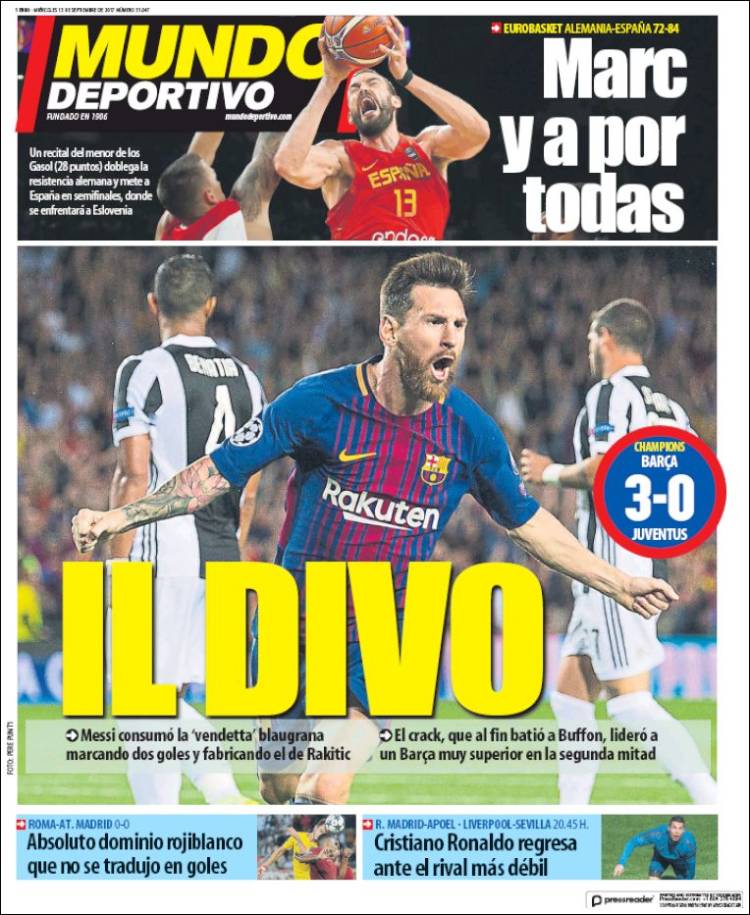 Absolute Atleti domination but no goals