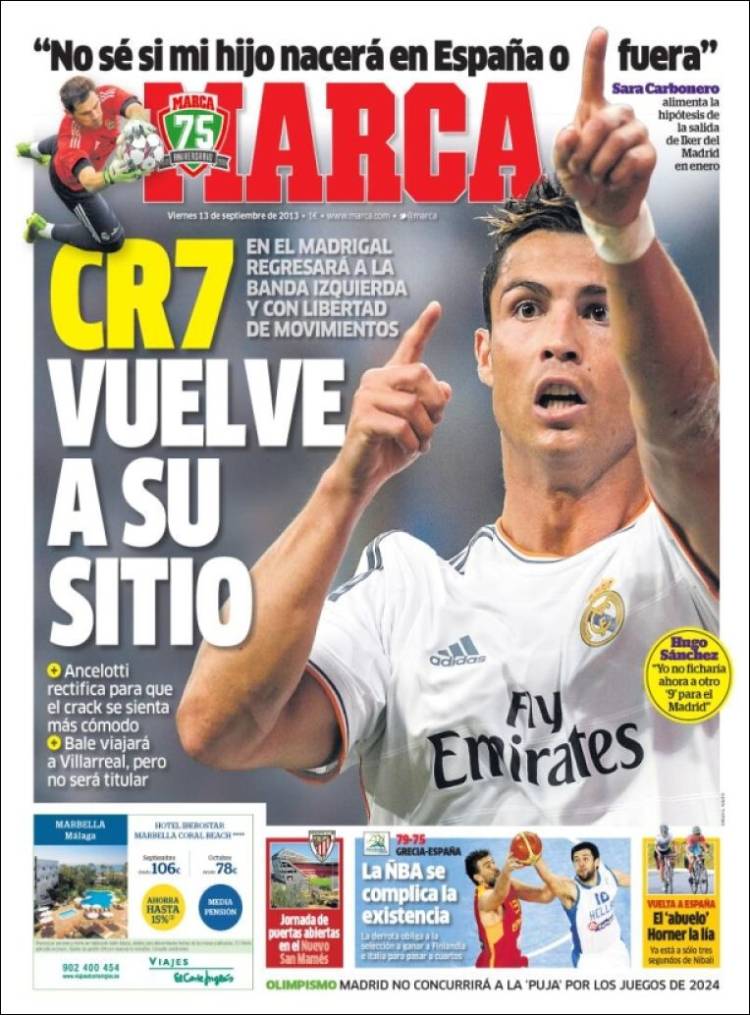 CR7 returns to his place

Ancelotti understands that he feels most comfortable in this position

Bale will travel but he will not start

“I do not know where my son will be born, here in Spain or elsewhere”, Sara Carbonero fuels speculation that Iker could leave in January

Greece 79-75 Spain: The NBA complicates matters and now Spain need to win against Italyn and Finland to progress to the finals

Olympics: Madrid will not run again for the 2024 Olympics 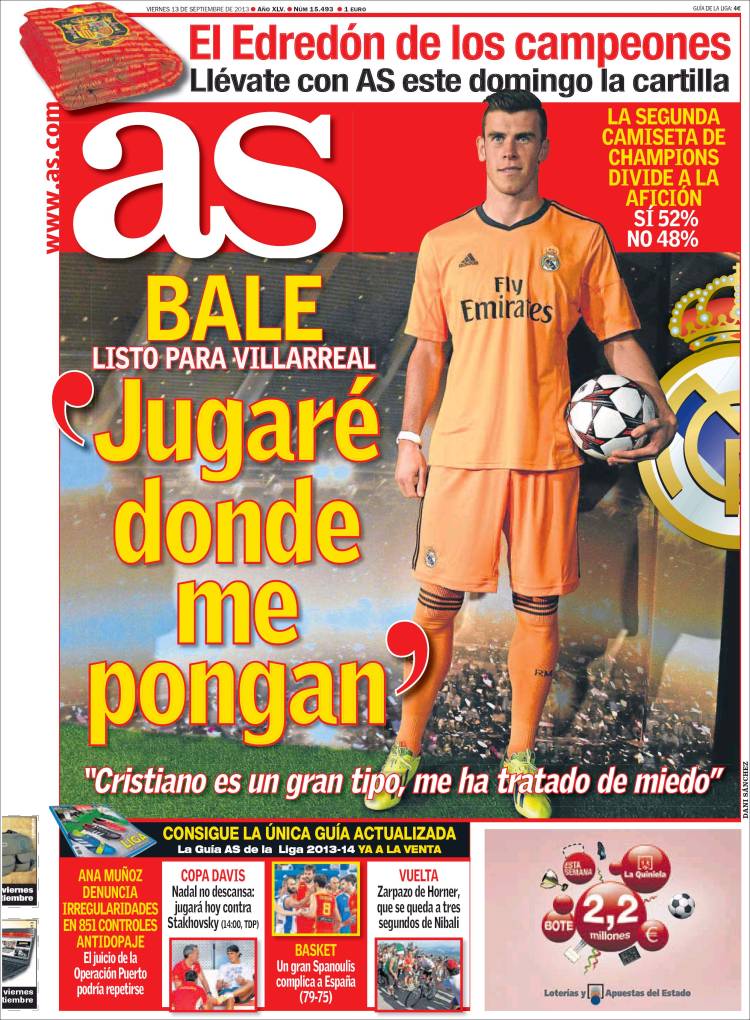 “I will play wherever I am put,” Bale

“Cristiano is a great character who has treated me well,” Bale

Davis Cup: Nadal does not rest, today he will play against Stakhovsky

Vuelta: A late grab by Horner and now he is only three seconds behind Nibali 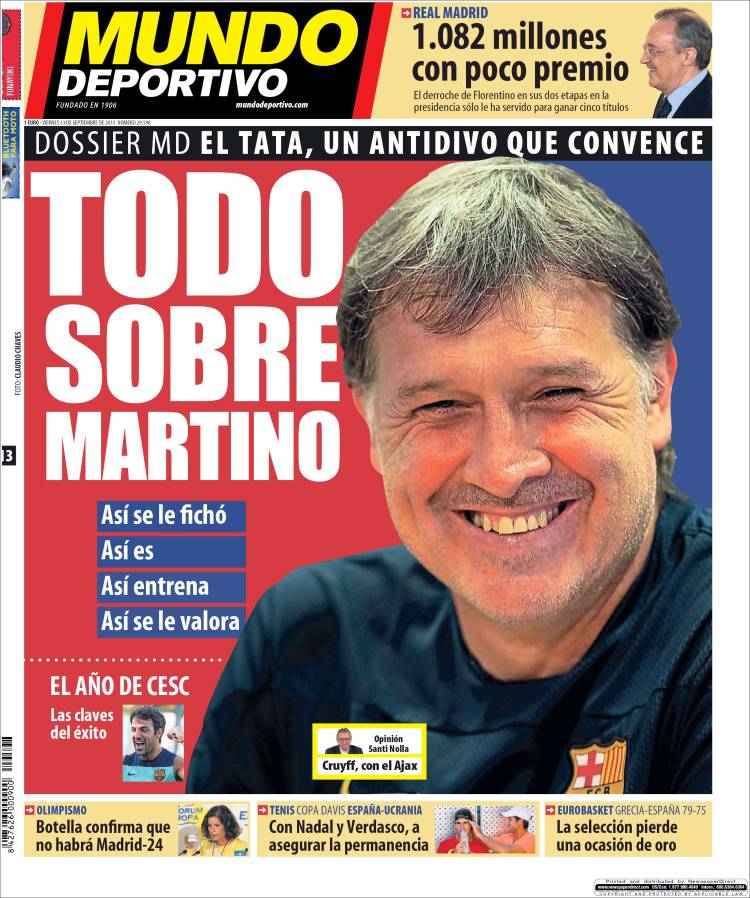 The fans, the training, the man himself, he is well valued

Cesc’s year: The keys to his success

Olympics: Botella confirms Madrid will not bid for 2024