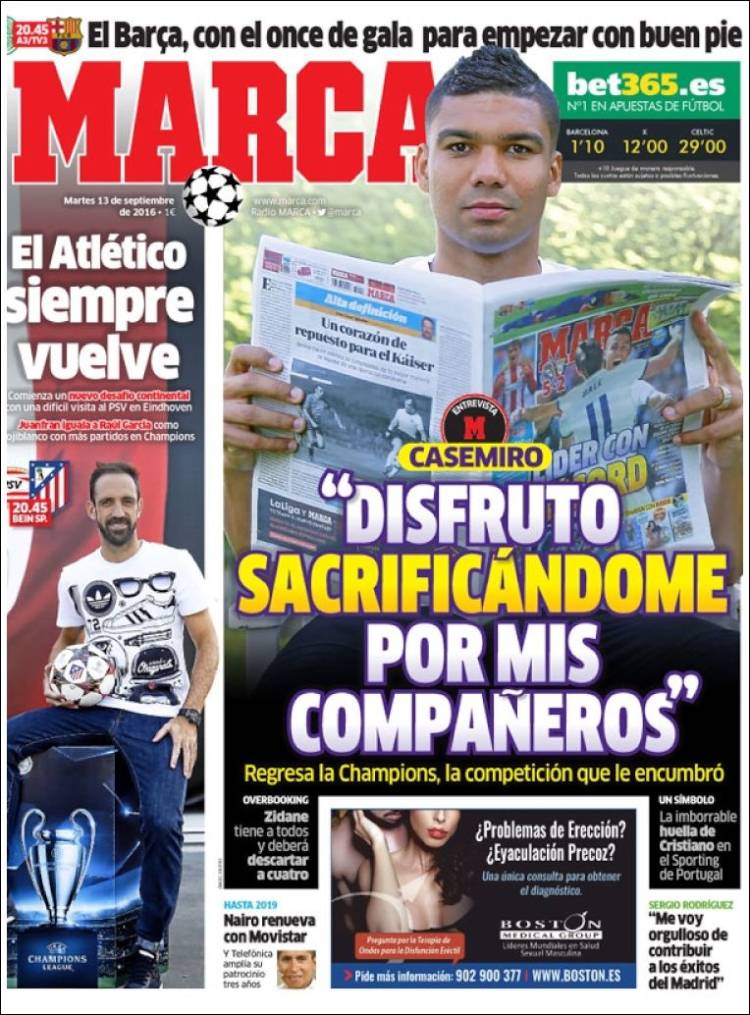 I enjoy sacrificing myself for teammates

Return of the Champions League - a competition that made Casemiro shine

Zidane has the entire squad available and now must discard four

The start of a new difficult European challenge, kicking off against PSV in Eindhoven 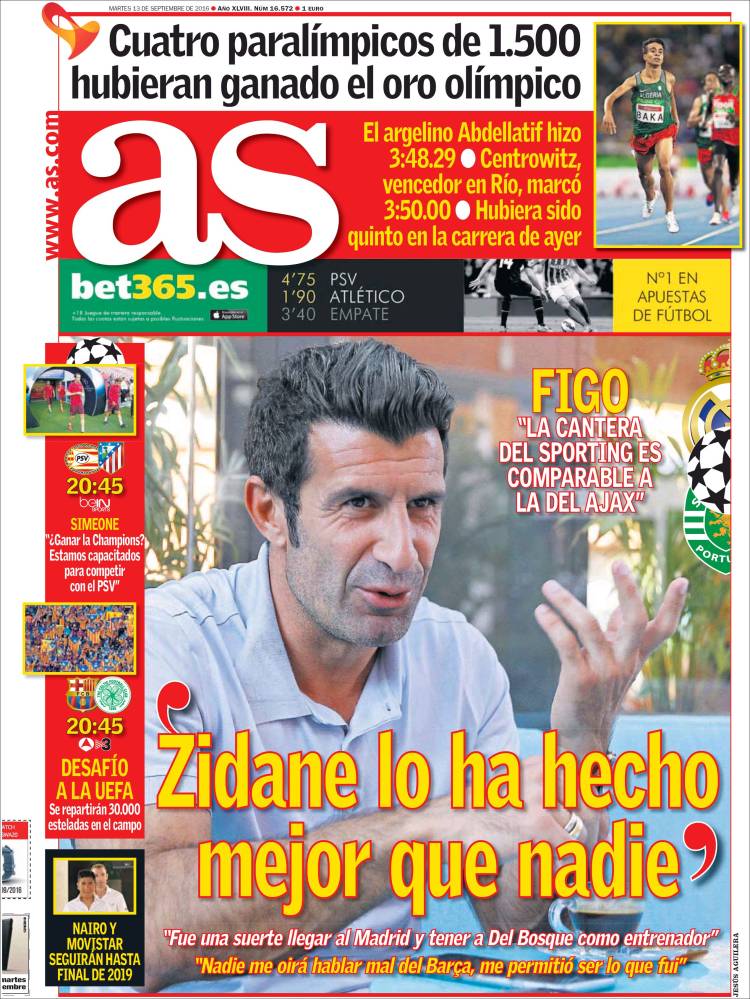 Figo: Zidane has done better than anyone!

"Nobody will hear me speak badly of Barcelona, I was allowed to be what I was"

"The youth of Sporting CP is comparable to Ajax"

Simeone: 'Win the Champions League? We are capable of competiting with PSV"

A challenge for UEFA - 30,000 away fans expected in Camp Nou 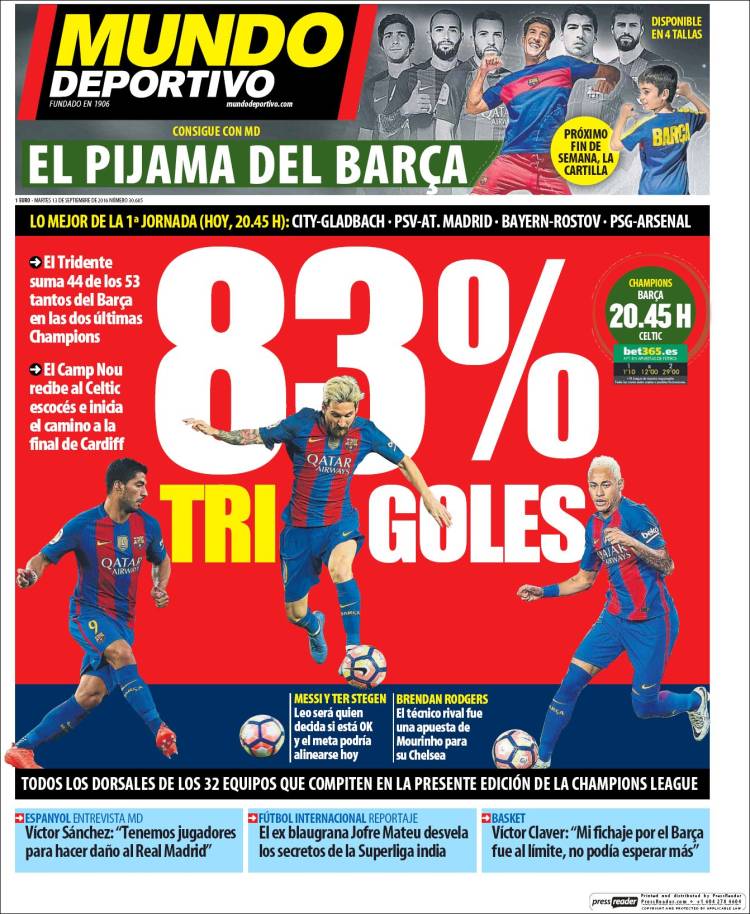 Brendan Rodgers - was a coach of Mourinho at Chelsea

The pyjamas of Barca

Espanyol, Victor Sanchez: 'We have players that can hurt Real Madrid'