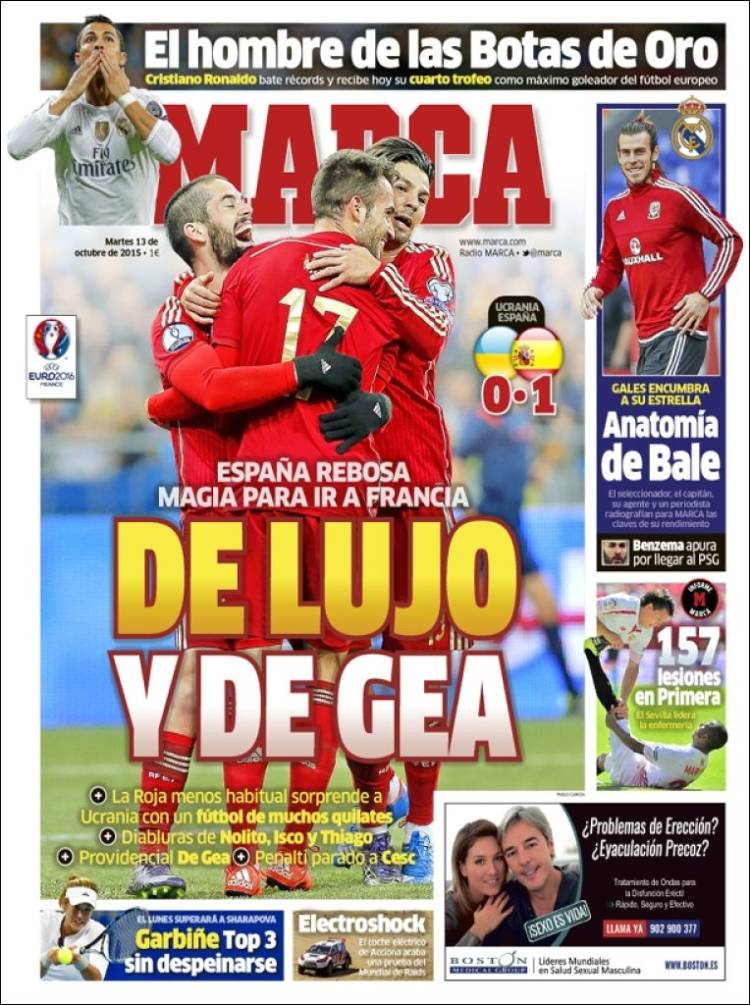 Spain bursting with magic to go to France

Mischief of Nolito, Isco and Thiago

The man with the golden boots

157 injuries in the Primera 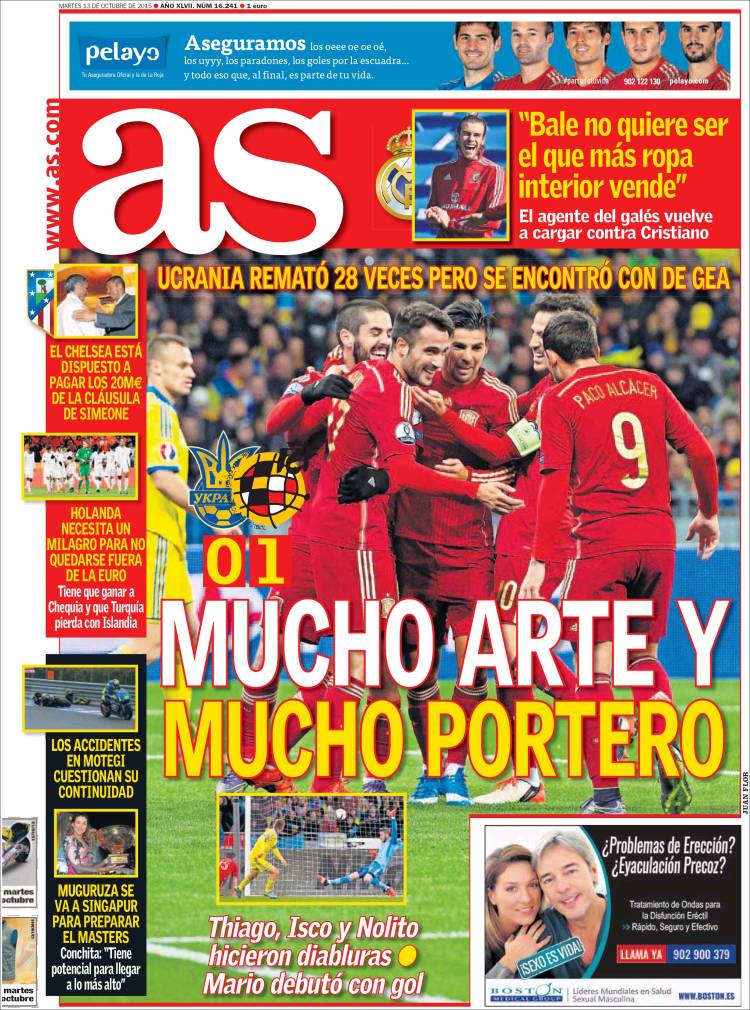 A lot of art and a lot of goalkeeper

Ukraine shot 28 times but was against De Gea

Thiago, Isco and Nolito made mischief

Mario debuted with a goal

The agent of the Welshman again unloads on Cristiano

Chelsea willing to pay the €20m clause of Simeone 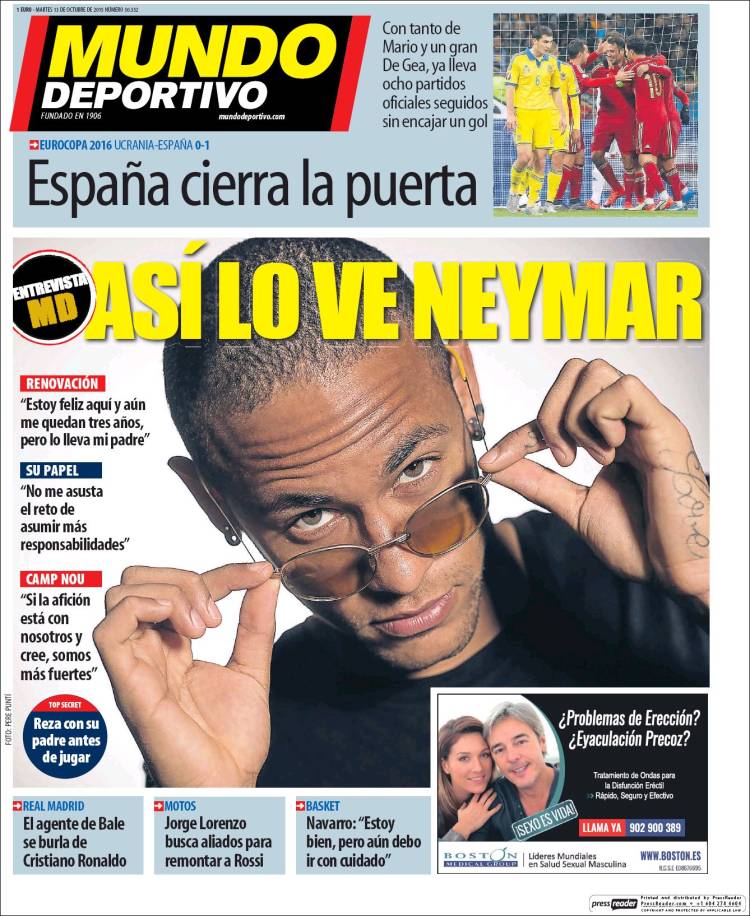 As Neymar sees it

“I’m happy here and there are still three years to go, but my father takes it”

“If these fans are with us and believe, we are stronger”

He prays with his father before playing

With Mario’s score and a great De Gea, Spain have eight consecutive official games without conceding a goal