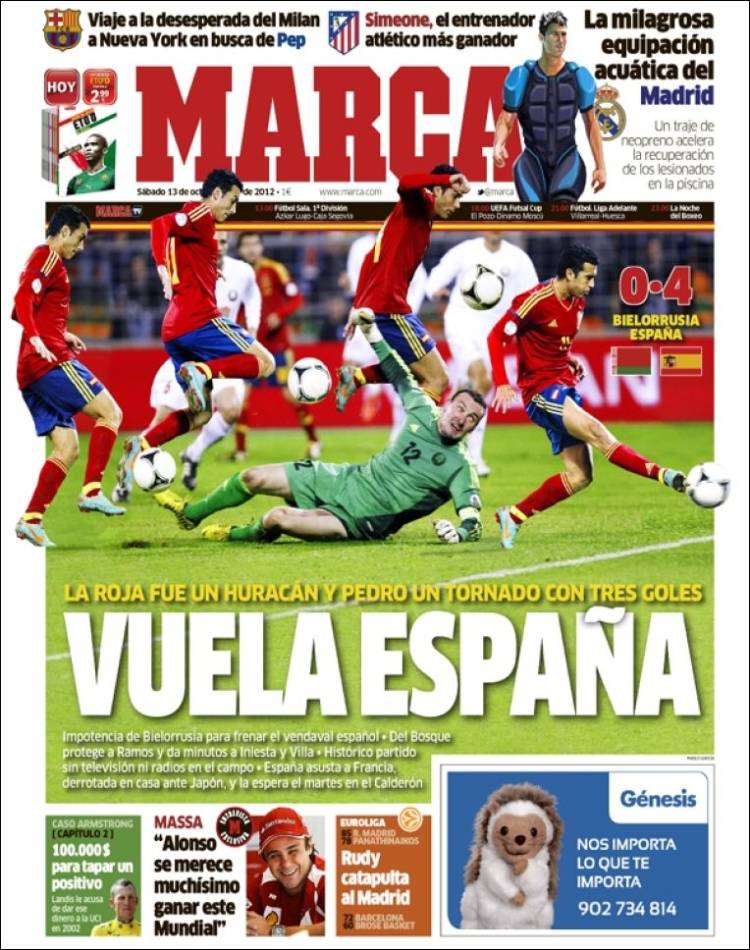 Historic match without television or radio at the ground

Spain scare France, who are beaten at home by Japan and await Tuesday in the Calderon

Milan's desperate journey to New York in search of Pep

Simeone the most victorious Atletico Coach 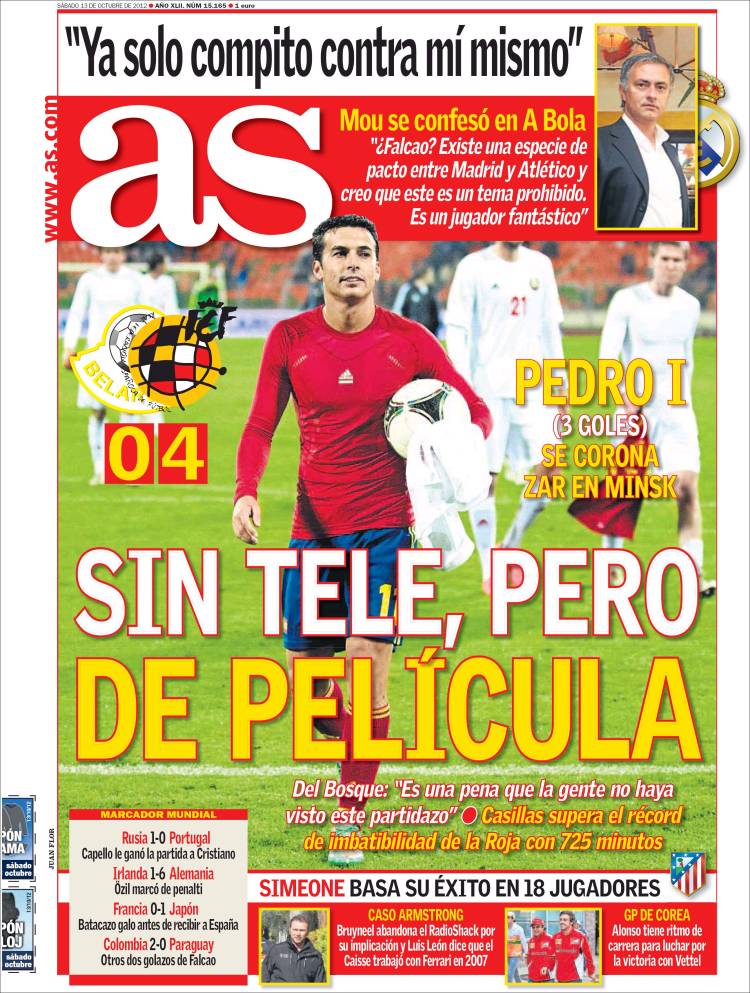 Without TV but out of a film

Pedro I (with three goals) is crowned Tsar in Minsk

Del Bosque: "It's a shame the people didn't get to see this game"

"Now I only compete against myself"

Mou confesses to A Bola: "Falcao? There is a special kind of pact between Madrid and Atletico and I think this is a forbidden matter. He is a fantastic player"

Simeone bases his success on 18 players 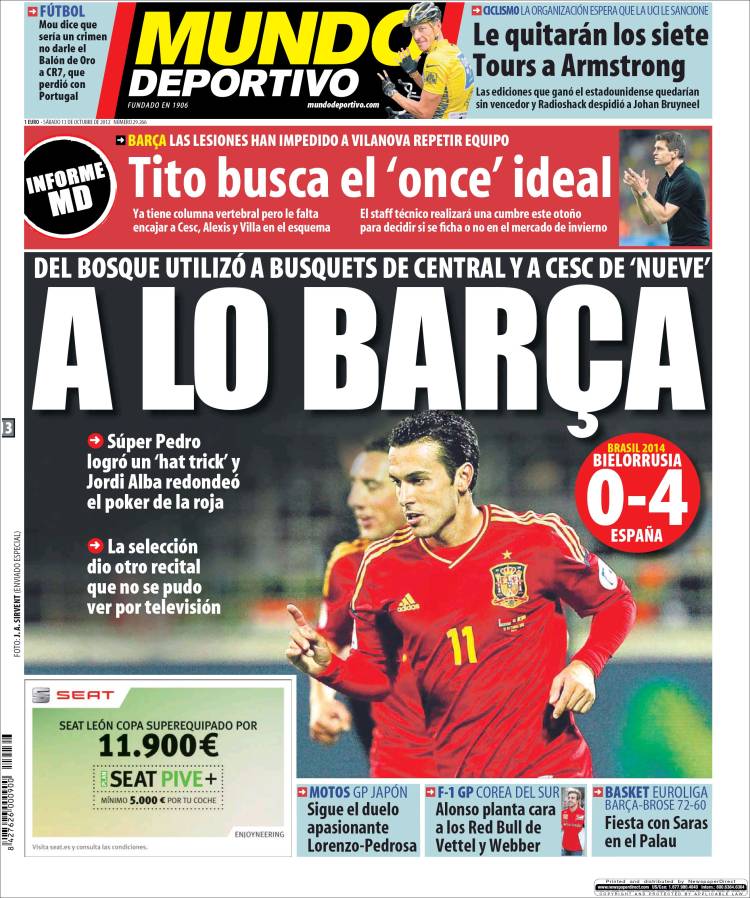 Tito looking for his ideal XI - he now has a spinal column but cannot fit Cesc, Alexis and Villa into the system

Mou says it would be a crime not to give the Ballon d' Or to Cristiano, who lost with Portugal