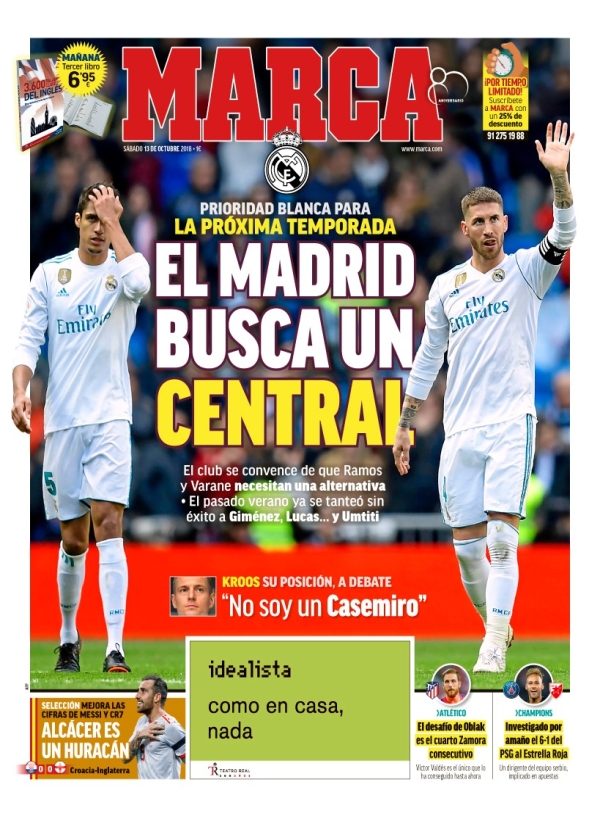 Blancos priority for next season

Madrid look for a centre-back

The club are convinced that Ramos and Varane need an alternative

The past summer already looked at Gimenez, Lucas... and Umtiti without success

Kroos on his position, up for debate

Alcacer is a hurricane 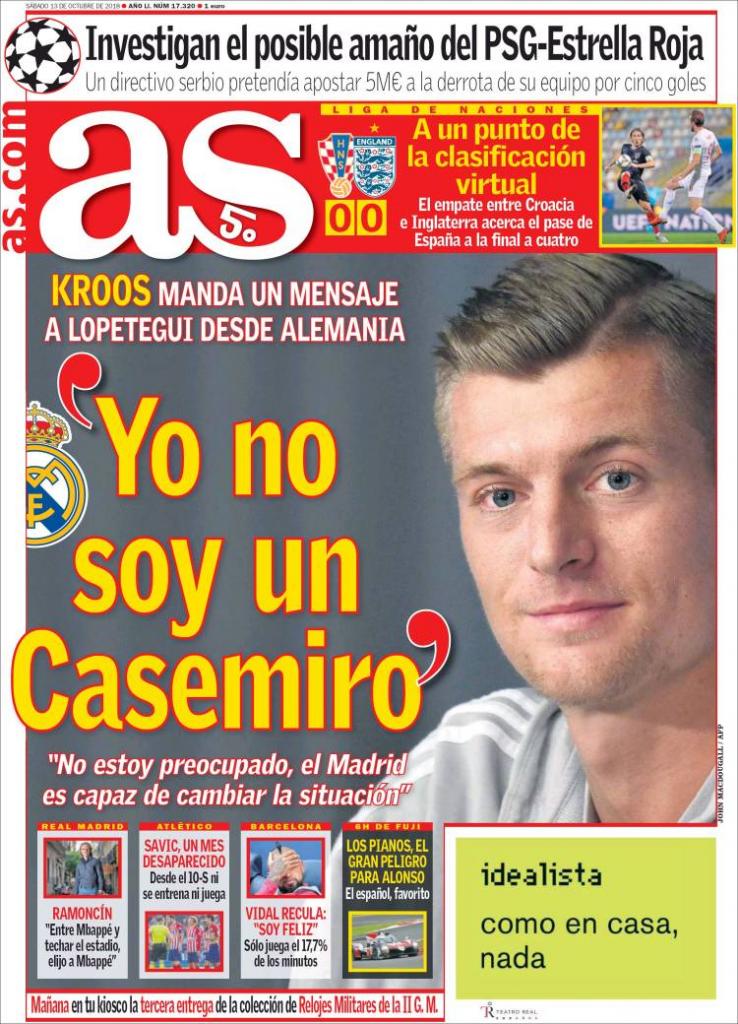 A point away from virtual qualification

Kroos sends a message to Lopetegui from Germany

"I'm not worried, Madrid can change the situation"

"Between Mbappe and a roof on the stadium, I choose Mbappe"

Savic, missing for a month 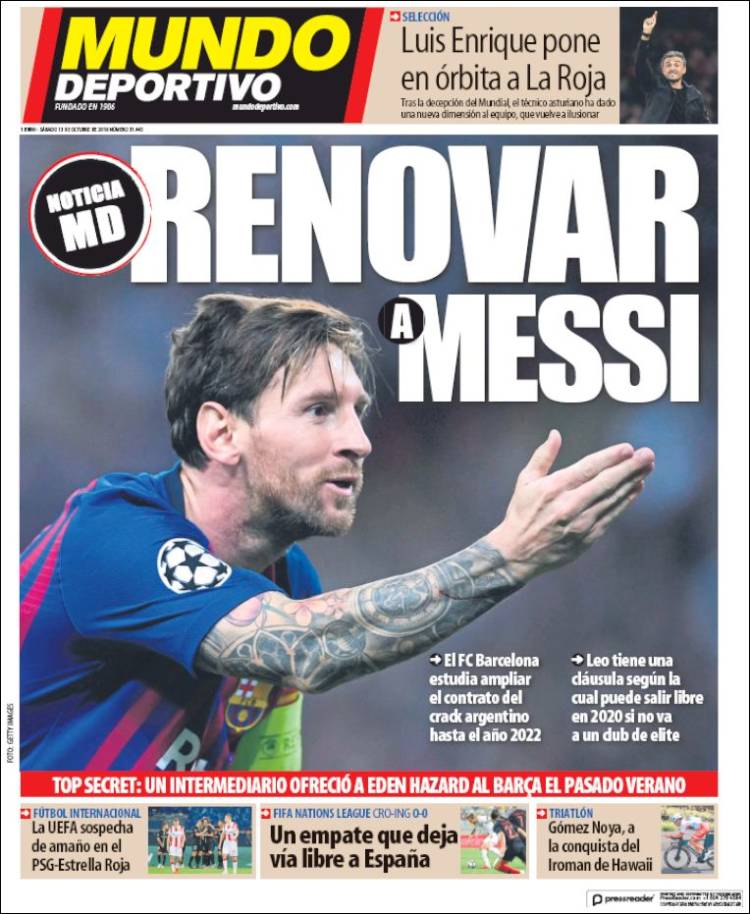 Top secret: an intermediary offered Eden Hazard to Barcelona the past summer

A draw that gives Spain the all-clear