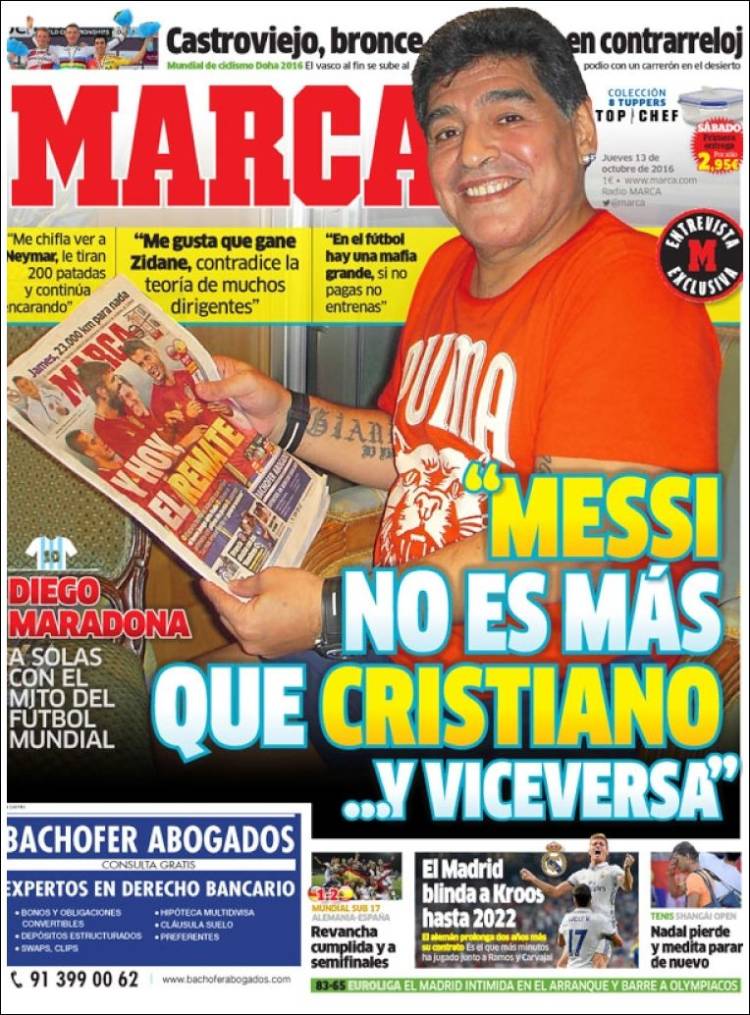 'Messi is not more than Cristiano....and viceversa' - Maradona

'I think he'd whistle for a foul on Neymar, he faces 200 kicks yet he still faces up to it', 'I'd like Zidane to win, it would contradict the theories of many leaders', 'There's already a big mafia in football, if you don't pay you don't train' - Maradona, alone with the myth of world football 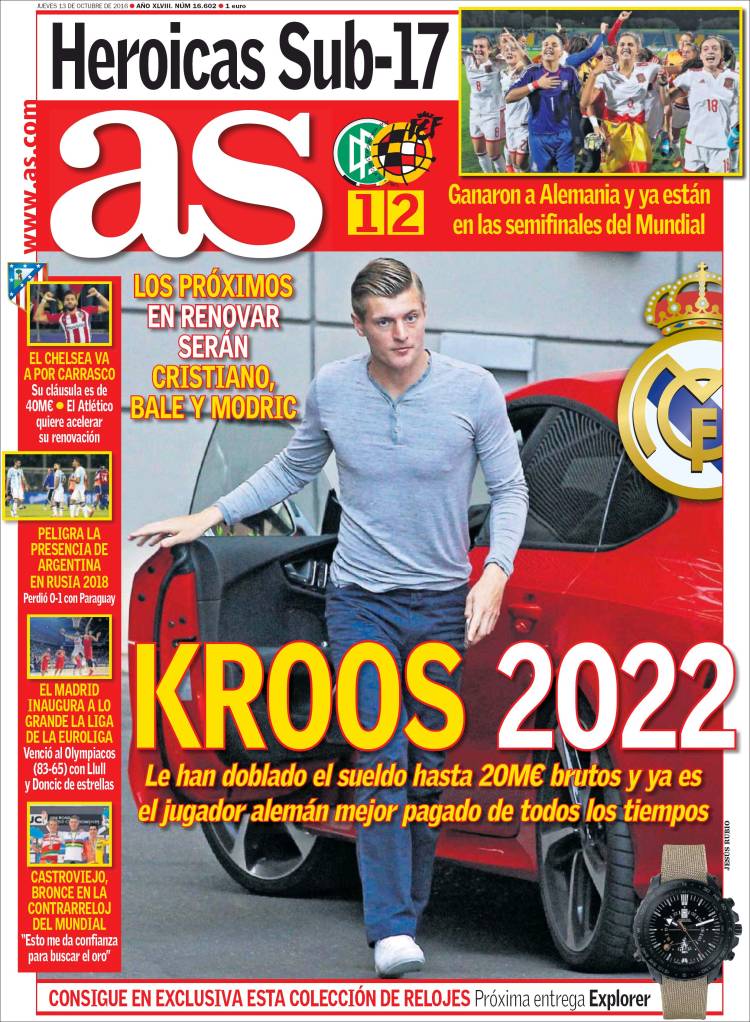 Real Madrid double his wages to €20m yearly and make him the highest paid German of all time!

The next renovations will be of Cristiano, Bale and Modric

Chelsea to go for Carrasco - they will try and activate his €40m release clause, Atleti keen to extend deal 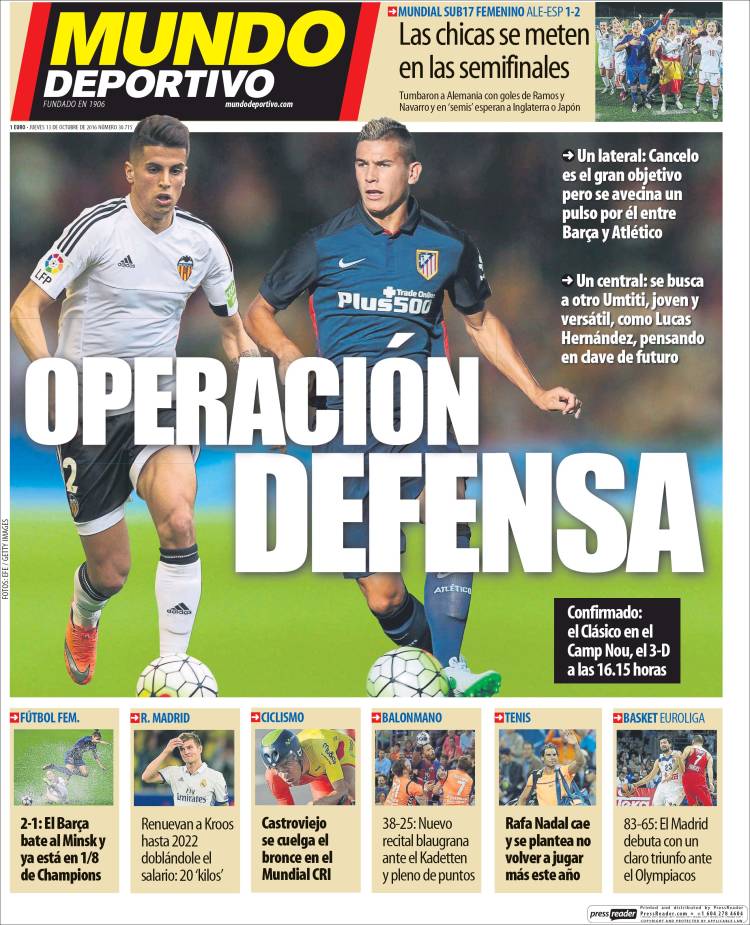