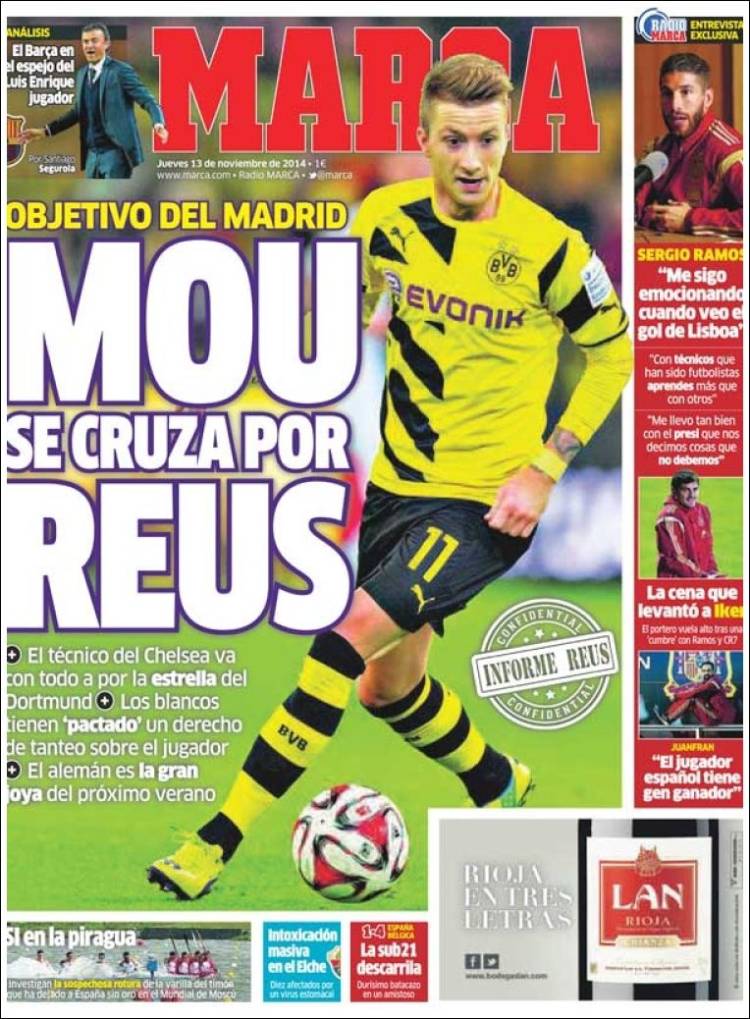 The Chelsea Coach is going all out for the Dortmund star

Los Blancos have agreed a right-to-buy for the player

The German is the great jewel for next summer

Barca in the mirror of Luis Enrique the player

Sergio Ramos: “I still get emotional when I see the Lisbon goal”

“You learn more from coaches that have been footballers than others”

The dinner that lifted Iker: the goalkeeper is flying high following a ‘summit’ with Ramos and CR7

Juanfran: “The Spanish footballer has the winning gene”

Mass food poisoning in Elche: 10 affected by a stomach virus

The Under-21’s derailed: a hard knock in a friendly 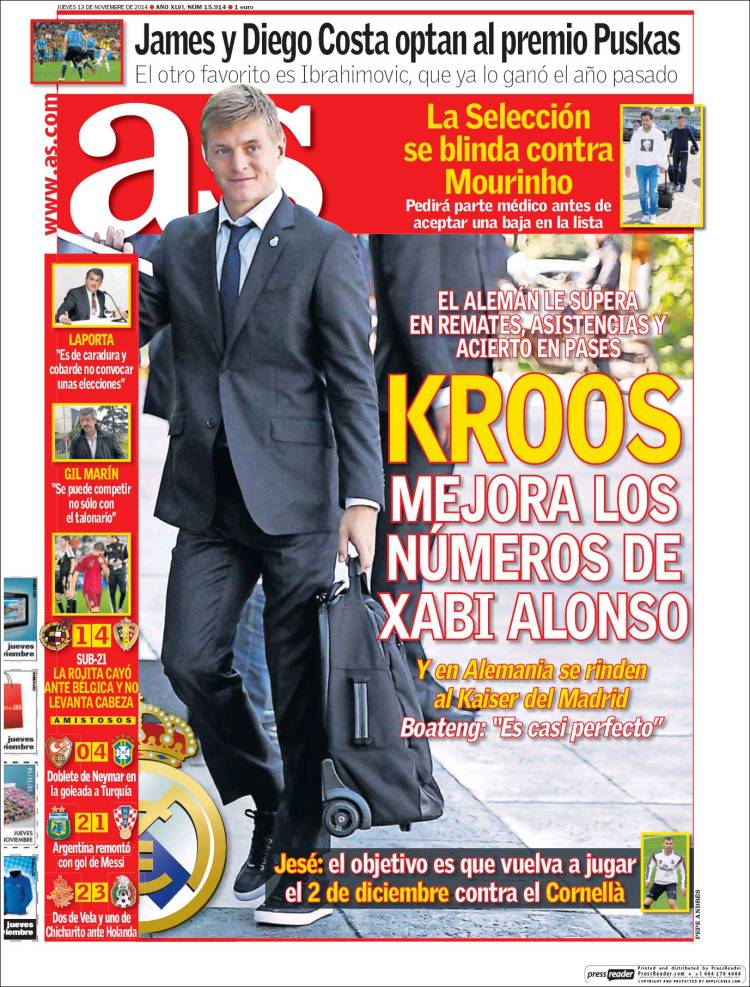 The German surpasses him in shots, assists and pass accuracy

In Germany they bow down to the Kaiser of Madrid

Boateng: “He is almost perfect”

Jese: the aim is to return to playing on December 2 against Cornella

James and Diego Costa compete for the Puskas award

The other favourite is Ibrahimovic, who has already won it last year

The national team shields itself from Mourinho: they will ask the medical staff before accepting a withdrawal from the squad

Laporta: “He’s got a cheek and is a coward for not calling the elections”

Gil Marin: “We can compete not only with the cheque book”

Under-21’s: La Rojita go down to Belgium and don’t raise their heads

Double from Neymar in a goal feast in Turkey

Argentina come back with a goal from Messi

Two from Vela and one from Chicharito against Holland 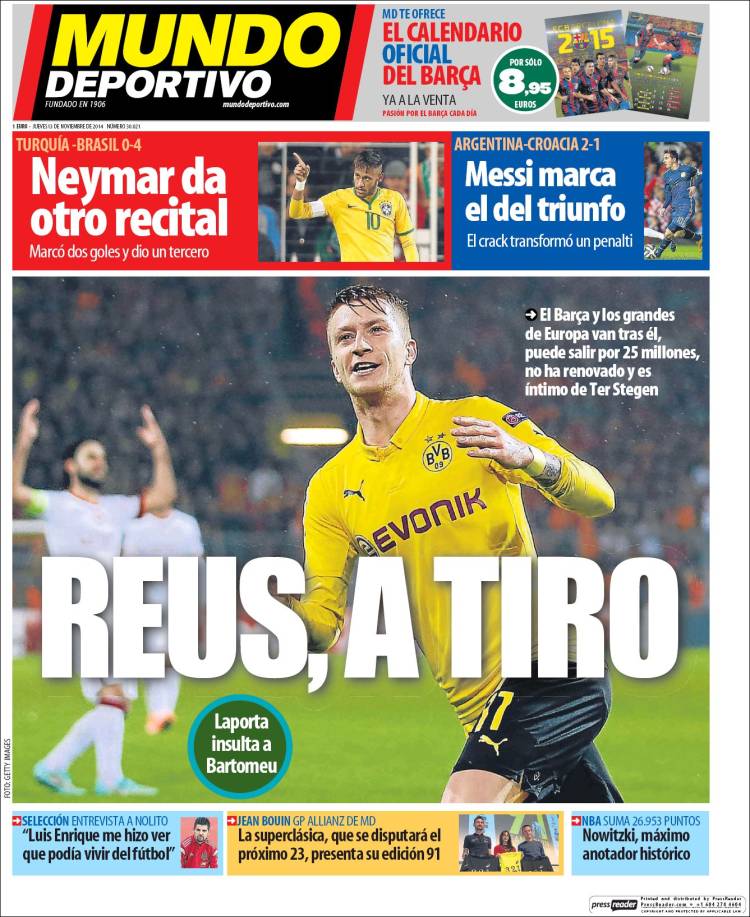 Barca and Europe’s top clubs are chasing him: he could leave for €25m: he has not signed a contract renewal and is a close friend of Ter Stegen

Neymar puts on another recital: he scores two goals and lays on a third

Messi marks the victory: the star converted a penalty

Nolito interview: “Luis Enrique made me realise I could make a living in football”