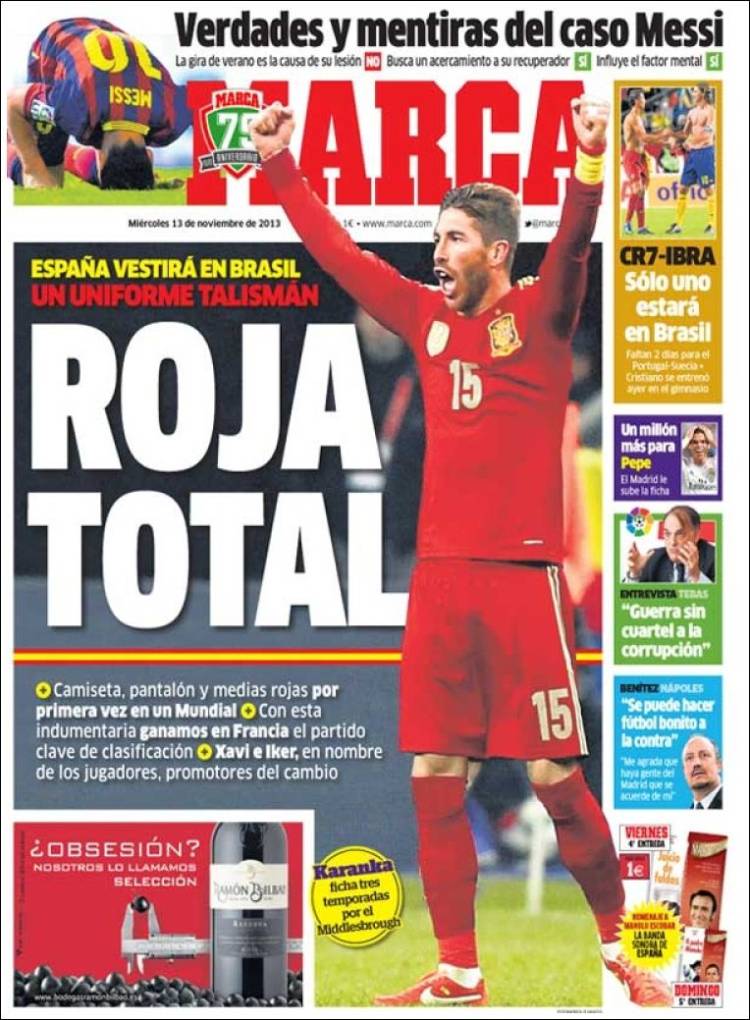 Spain will wear all red in Brazil

The shirt, the pants and socks are all red for the first ever time at a World Cup

Xavi and Iker will promote the new jersey

Truths and lies about Messi's case

His great tour around the world is a cause of his injury, NO

He is looking for someone to look closely over his recovery, YES

There is a mental factor involved, YES

CR7 and Ibra, only one can go to Brazil

Just two days to go before Portugal and Sweden

Cristiano trains yesterday in the gym

A million more for Pepe

Madrid's salary is given an increase

Interview with Tebas: "A war without barracks is corruption"

Benitez in Naples: "Football can be beautiful on the counter attack" 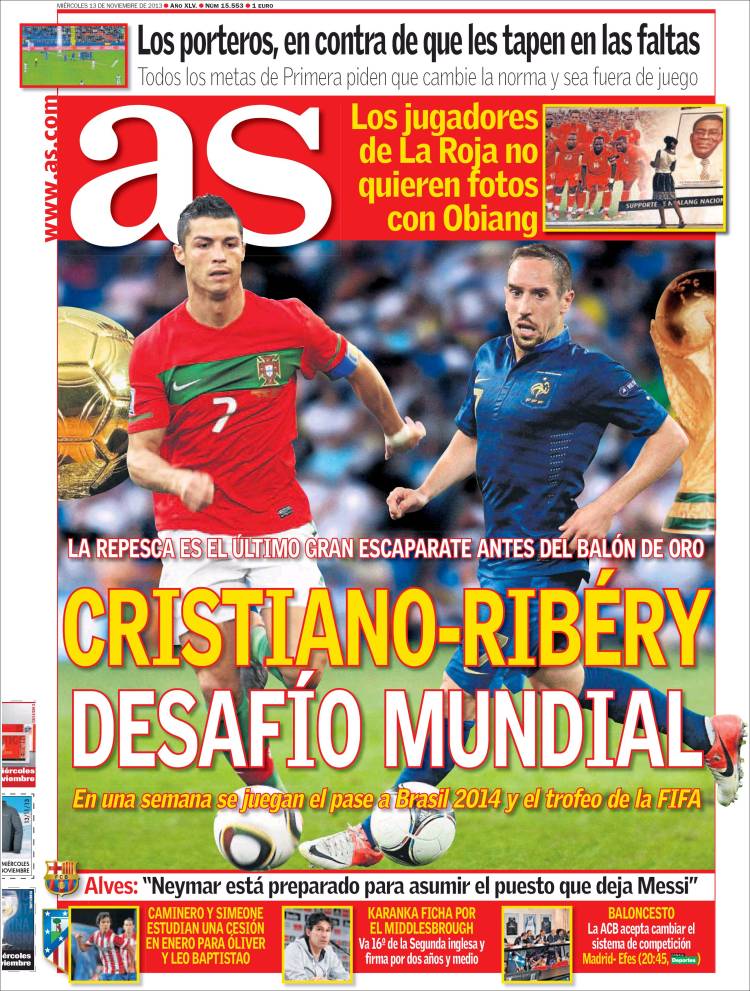 Cristiano and Ribery in the challenge for the World Cup

Alves: "Neymar is prepared to assume the place left by Messi"

Basketball: The ACB accepts to change the competition 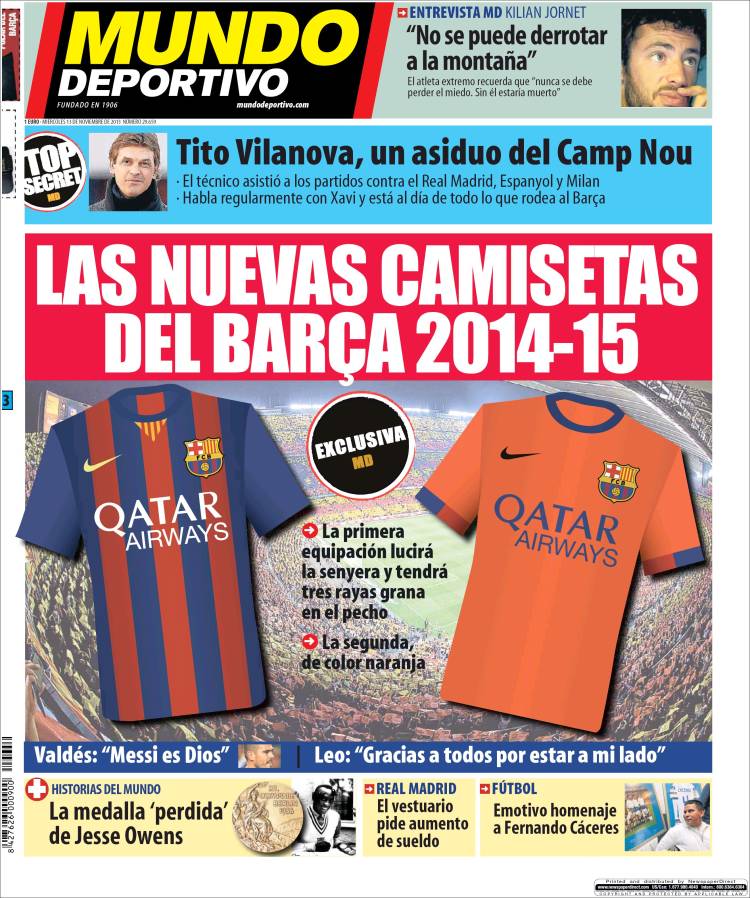 Leo: "Thanks to everyone who have supported me"

The former coach has attended games against Real Madrid, Espanyol and Milan

He talks regularly with Xavi and others around the club

Interview with Killian Jornet: "You cannot lose on the mountains"

The Athlete remembers that "never can you lose the fear, without it I would be dead"

The lost medal of Jesse Owens