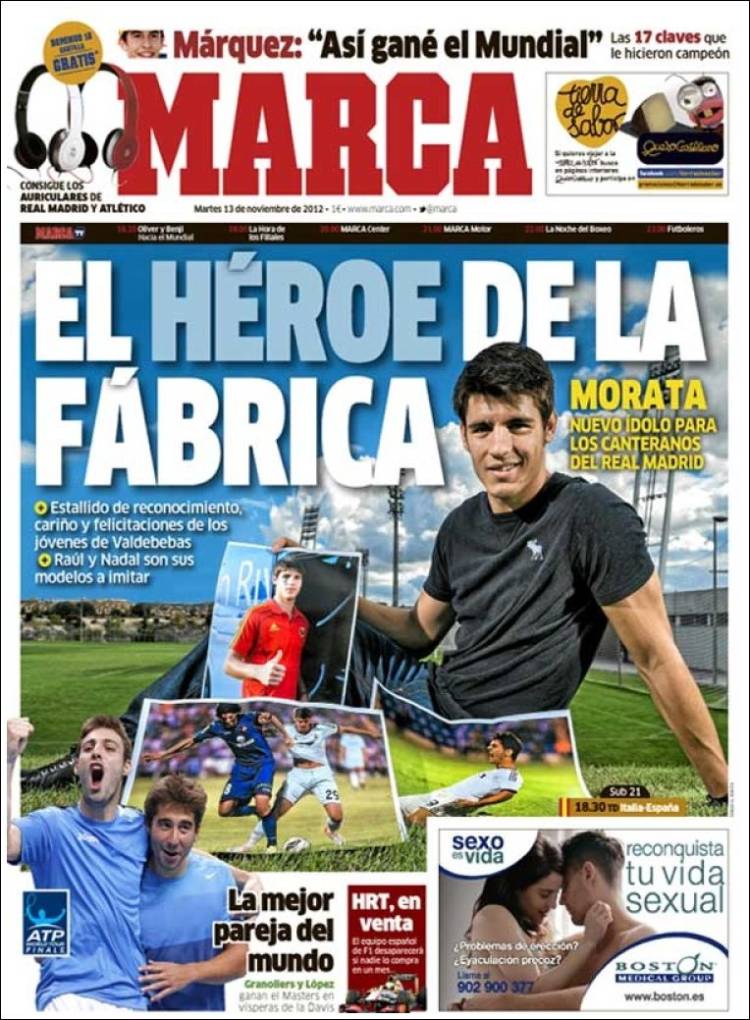 The Hero of La Fabrica

Morata the new idol for the Real Madrid youngsters

Outbreak of acknowledgment, affection and congratulations for the Valdebebas youngsters

Raul and Nadal are his role models 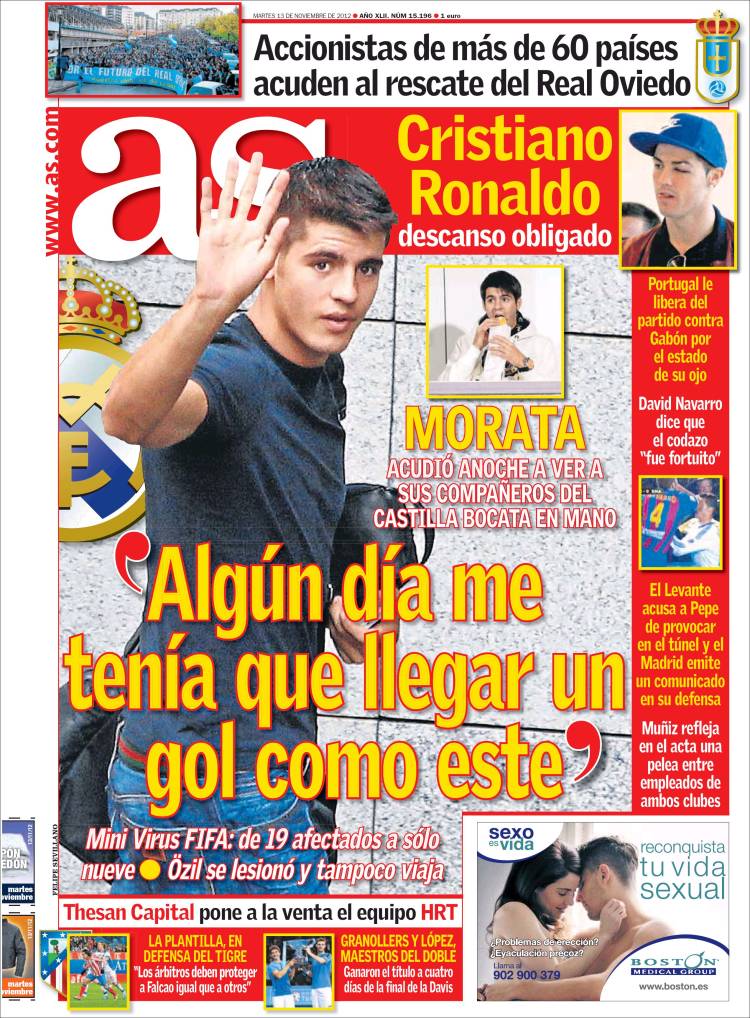 “One day I’ll have to get a goal like this”

FIFA mini virus: just nine from 19 affected - Ozil is injured and will not travel either

Cristiano Ronaldo – obligatory rest: Portugal free him from the Gabon match because of the state of his eye

David Navarro says the elbow was ‘an accident’

Muniz reflects on a fight between employees of both clubs

Shareholders from more than 60 countries look to rescue Real Oviedo

The squad in defence of El Tigre: “The referees must protect Falcao the same as others” 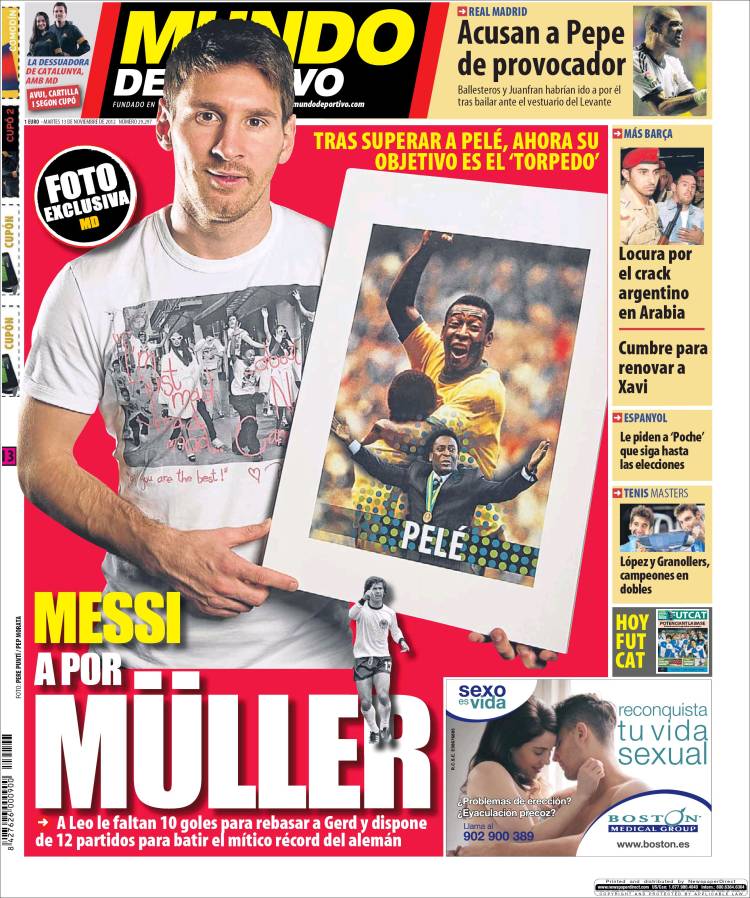 Madness for the Argentine star in Arabia

Espanyol ask ‘Poche’ to continue until the elections