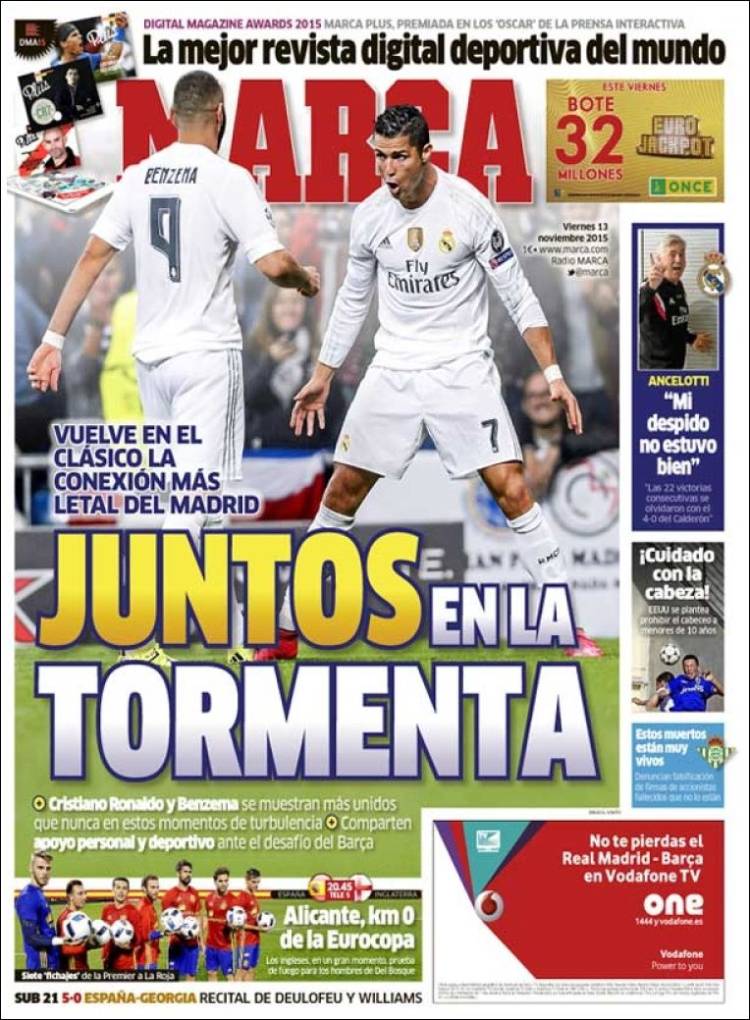 Together in the storm

Madrid’s most lethal partnership return for the Clasico

Alicante, 0km from the Euros

The English, in a great run of form, pose a test for Del Bosque’s men

Ancelotti: “My dismissal was not right”

US considers banning children under 10 from heading the ball

The dead are really alive 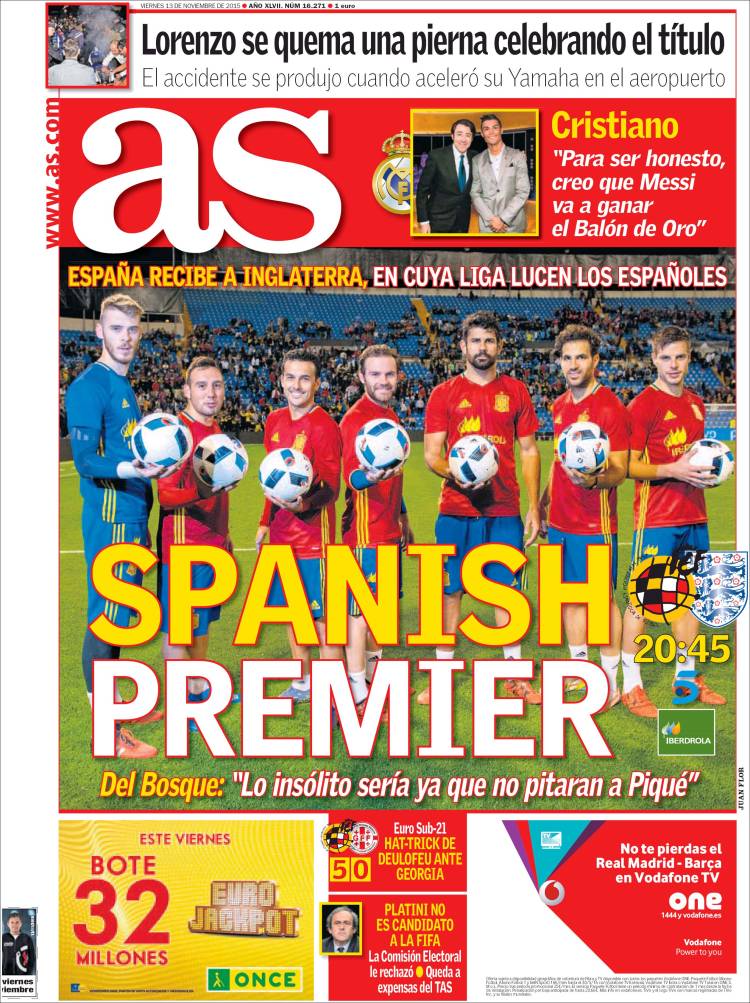 Spain host England, whose League is headlined by Spaniards

Del Bosque: “It would be strange if Pique was not booed”

Ronaldo: “To be honest, I think Messi will win the Ballon d’Or”

Platini is not a FIFA candidate

The Electoral Commission will reject his candidacy

All that remains is taking the case to CAS 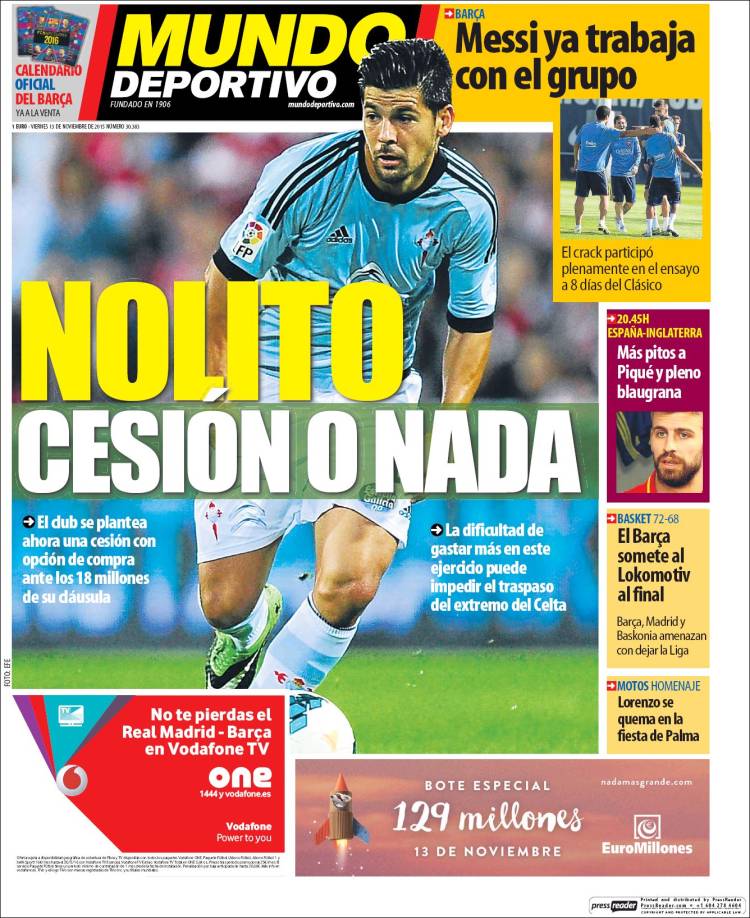 Nolito, loan or nothing

Messi is already working with the squad

The star was fully involved in training, eight days before the Clasico

More boos for Pique, despite a large Blaugrana contingent expected