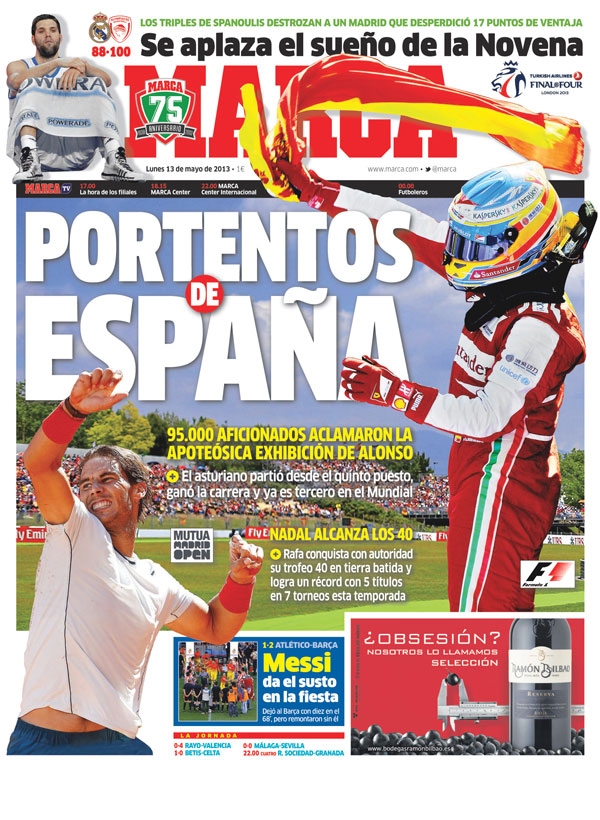 Olympiakos postpone the dream of a Novena 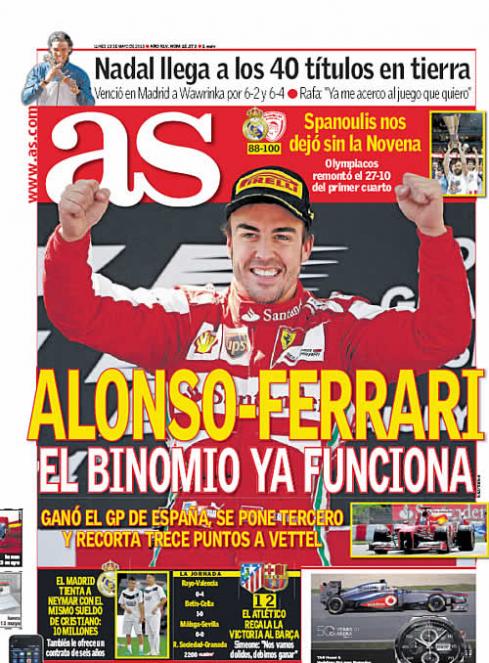 Nadal reaches 40 titles in his career

Rafa: "I am close to playing how I want to play"

Spanoulis leaves us without the Novena

Olympiakos came back from 27-10 in the first quarter

Madrid go for Neymar and offer him the same salary as Ronaldo: 10 million

They also offer him a contract for six years

Simeone:"We are hurt, we should have won" 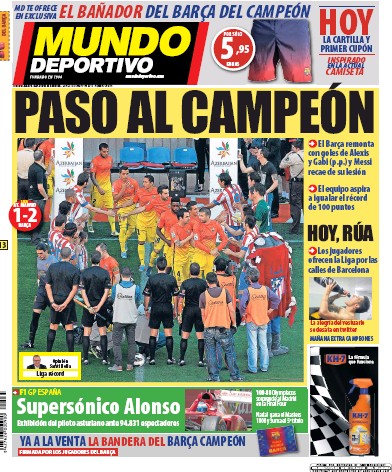 The walk of Champions

Tomorrow more about the Champions