Today's front-page headines from Marca, AS and Mundo Deportivo… 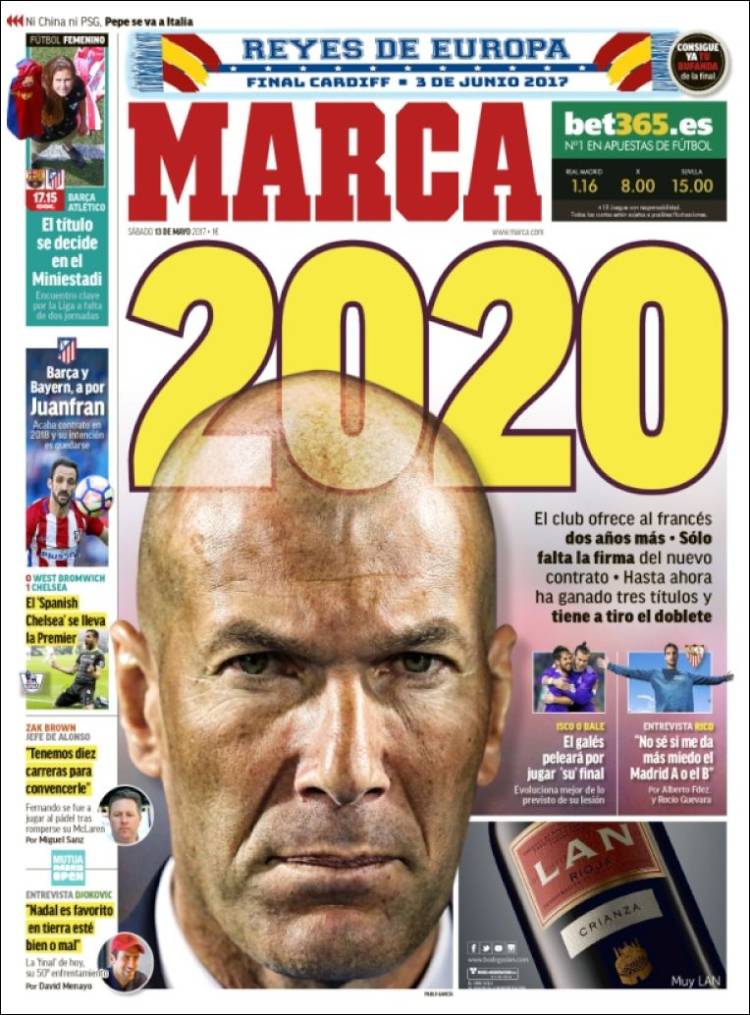 Only his signature on the new contract is missing

So far, he has won three trophies and has a shot at a double

Neither China nor PSG: Pepe is going to Italy

The title is decided at the Miniestadi

Barca and Bayern go for Juanfran

His contract ends in 2018, although his intention is to stay 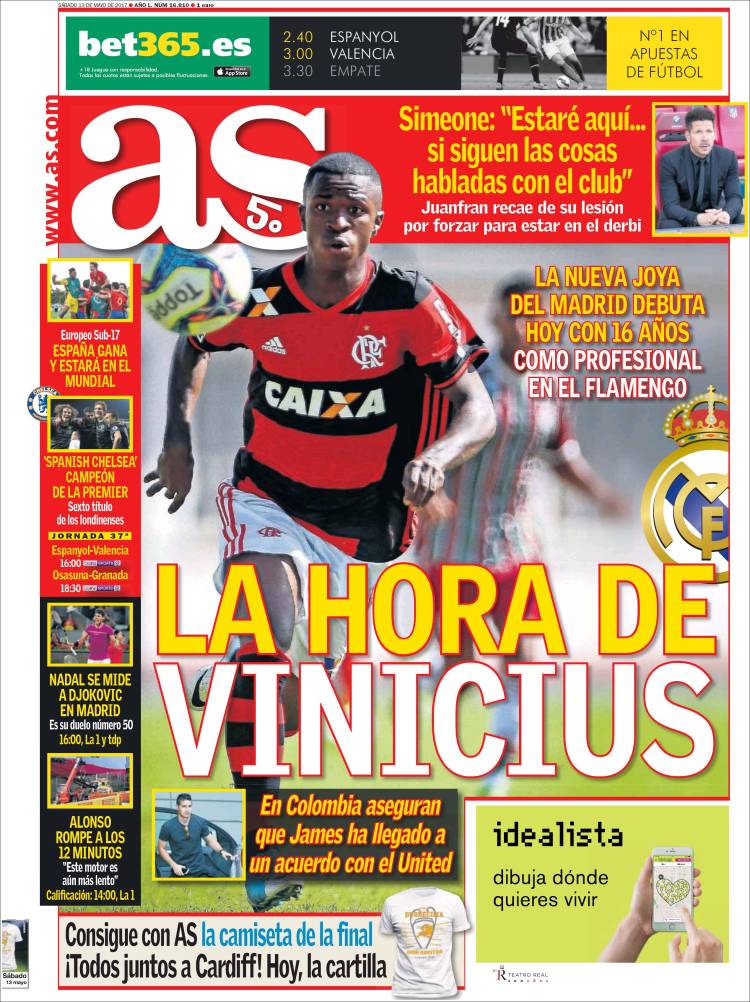 Madrid’s new jewel debuts today as a professional for Flamengo, at 16 years of age

In Colombia, they claim that James has reached an agreement with United

Simeone: “I’ll be here... if things that I’ve discussed with the club happen”

Spain win and will be at the World Cup

Sixth title for the Londoners 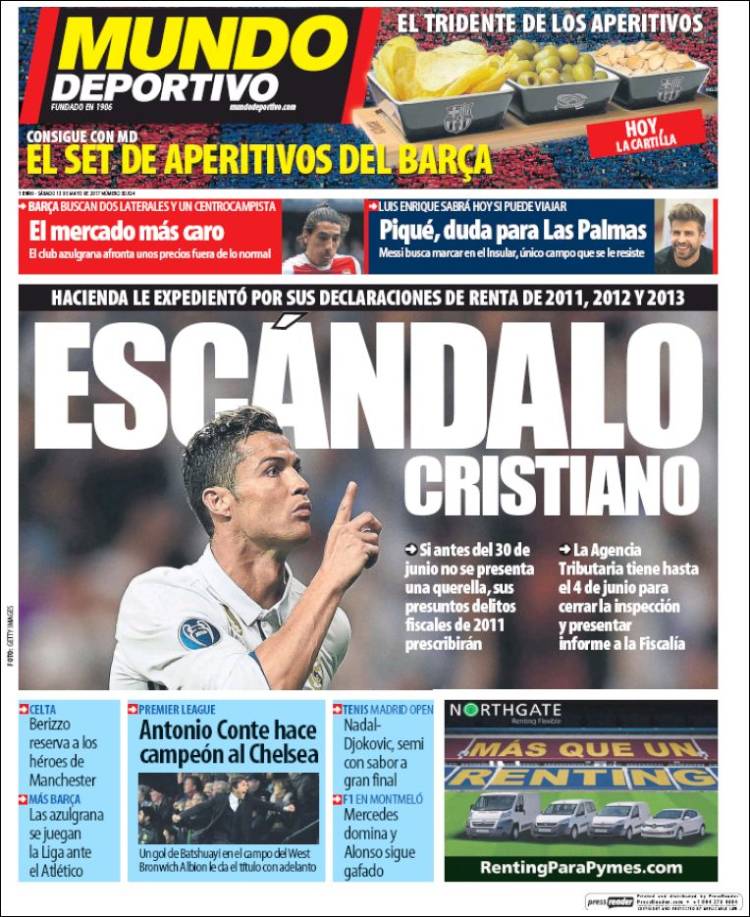 If no complaint is filed before June 30, his alleged 2011 tax offenses will be prescribed

Barca look for two full-backs and a midfielder

The most expensive market

Luis Enrique will learn today if he can travel

Pique, a doubt for Las Palmas

Messi looks to score on the Island, the only stadium that he has yet to

Berizzo rests his heroes of Manchester

The Azulgrana play for the women’s League against Atletico