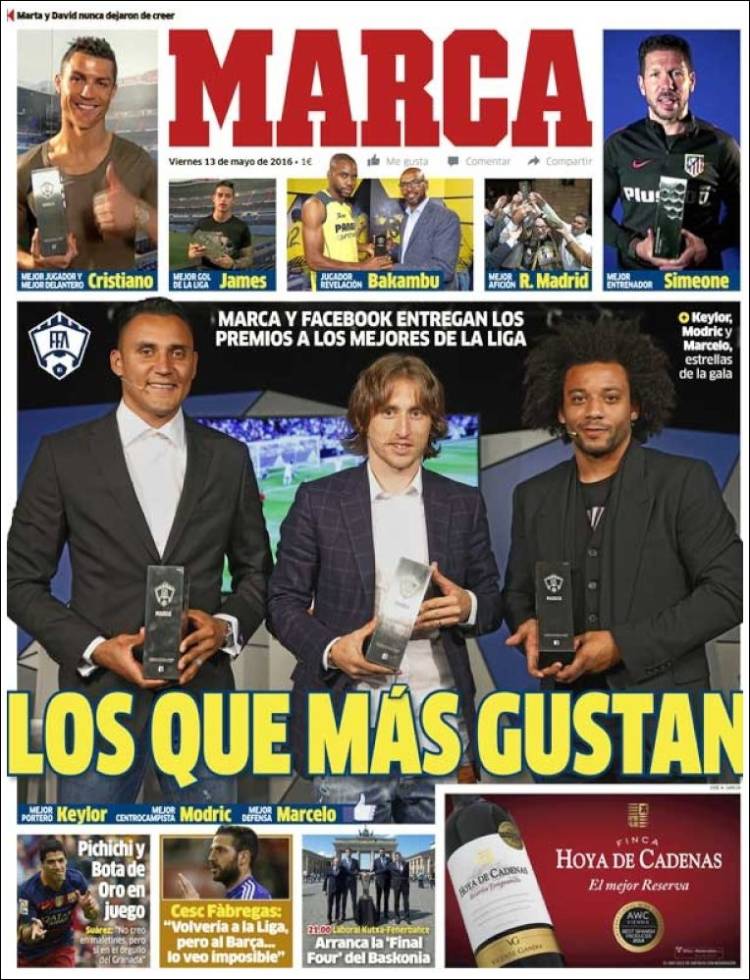 Pichichi and Golden Boot at stake

Suarez: “I don’t believe in briefcases, only the pride of Granada”

Cesc Fabregas: “I’ll return to La Liga, but with Barca? I don’t see it happening” 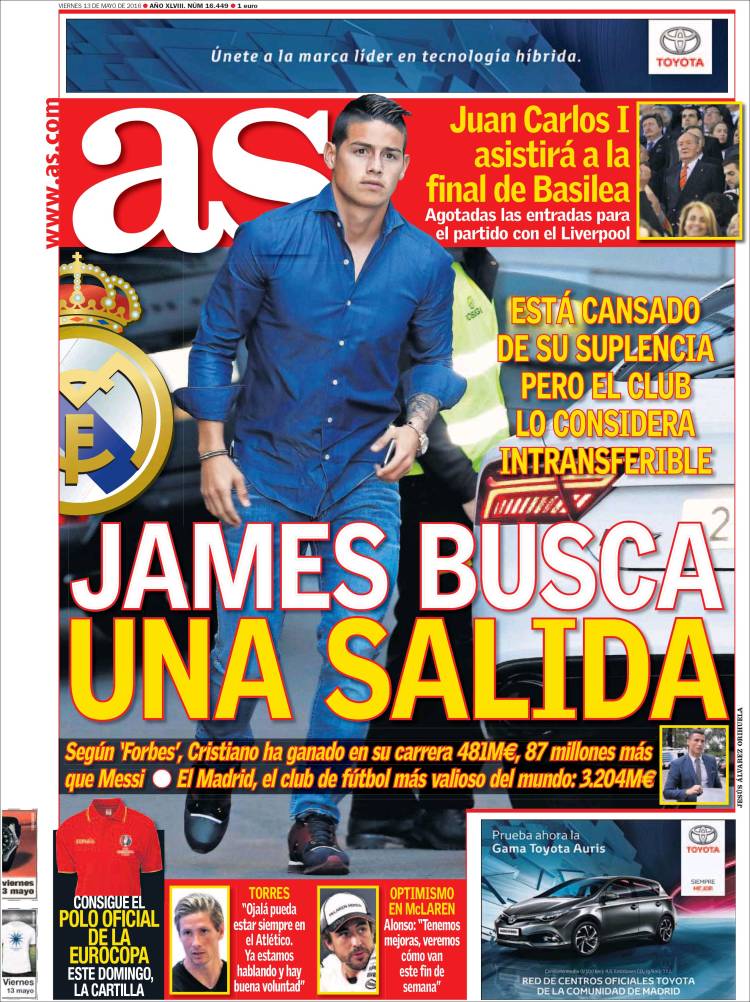 James looks for an exit

He is tired of being a substitute, but the club consider him non-transferable

According to Forbes, Cristiano has earned €481m in his career, €87m more than Messi

Madrid, the club’s most valuable football club at €3.204bn

Juan Carlos I will attend the final in Basel

The match against Liverpool is sold out

Torres: “Hopefully I can always be at Atletico. We’re already talking and there’s good will” 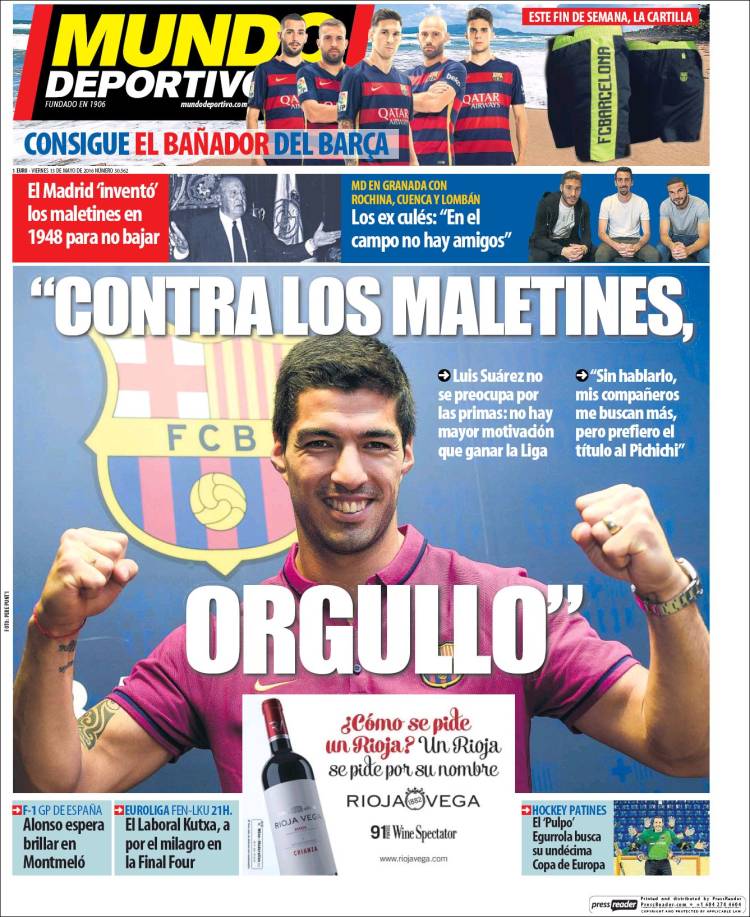 Luis Suarez does not care about the bonuses: there is no greater motivation than winning La Liga

“My teammates are looking to me the most, but I prefer the title to the Pichichi”

Madrid invented ‘briefcases’ in 1948 to avoid going down

Former Cules Rochina, Cuenca and Lomban: “On the pitch, there are no friends”