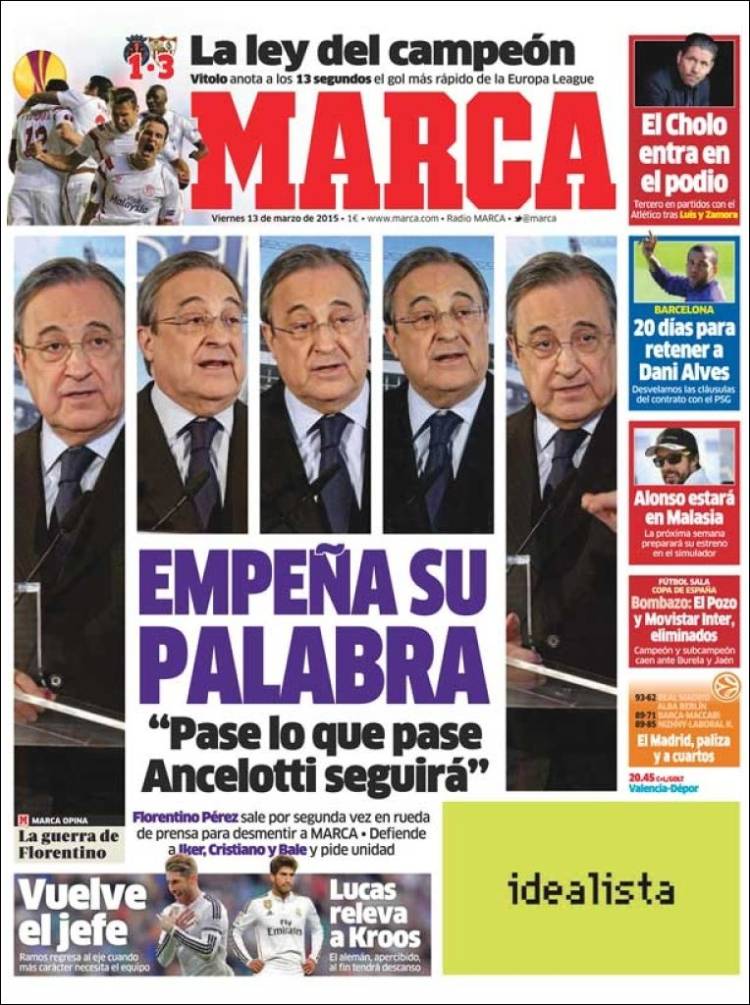 He gives his word

“Whatever happens Ancelotti will continue”

He defends Iker, Cristiano and Bale and asks for unity

The boss returns: Ramos is back at the helm when the team needs more character

Lucas replaces Kroos: the German, under advice, will finally have a rest

The law of the champions: Vitolo scores the fastest ever goal in the Europa League after 13 seconds

El Cholo gets on the podium: he is third in matches after Luis and Zamora

Barcelona: 20 days to keep Dani Alves. We reveal the clauses in his contract with PSG 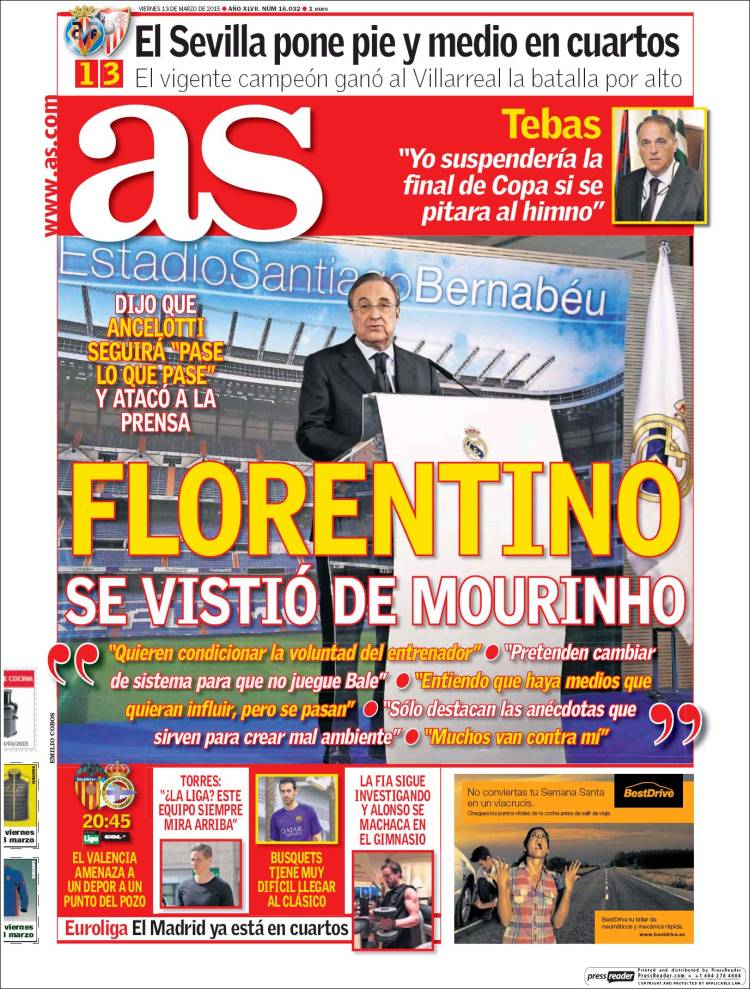 Florentino dressed up as Mourinho

“They want to determine the wishes of the Coach”

“I understand that some media want to have influence, but they are going too far”

“A lot of them are against me”

Sevilla put a foot-and-a-half into the quarter-finals

The reigning champions beat Villarreal in the aerial battle

Busquets finds it difficult to be fit for El Clasico 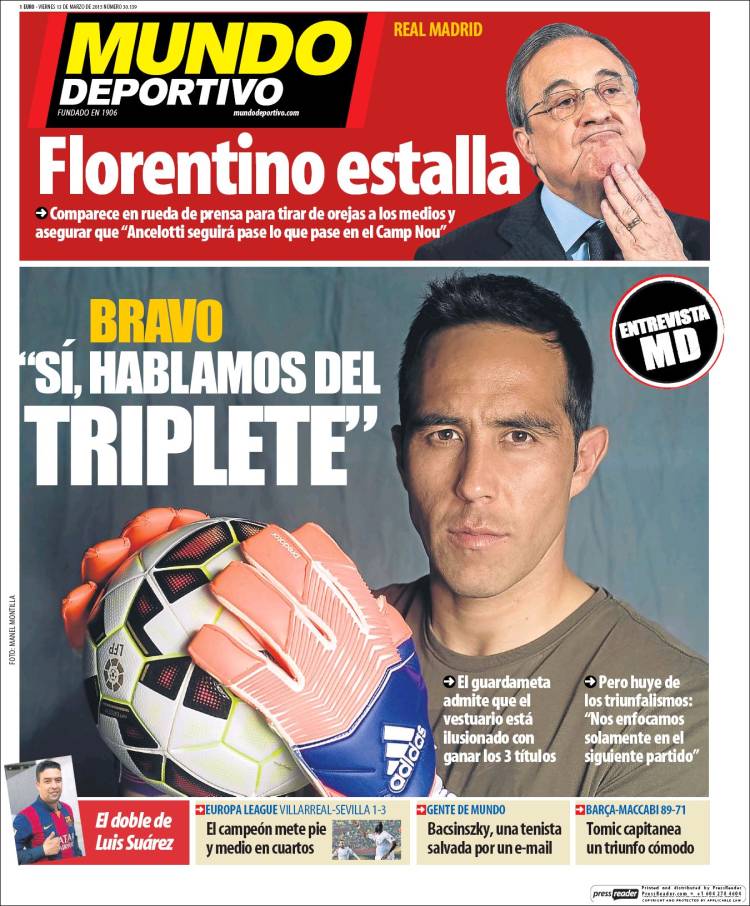 Bravo: “Yes, we are talking about the treble”

But he avoids any euphoria: “We are only focused on the next game”

Florentino explodes: he appears at a Press conference to rail against the Press and confirms that “Ancelotti will continue whatever happens at the Camp Nou”

Villarreal 1 Sevilla 3: the champions put a foot-and-a-half into the quarter-finals