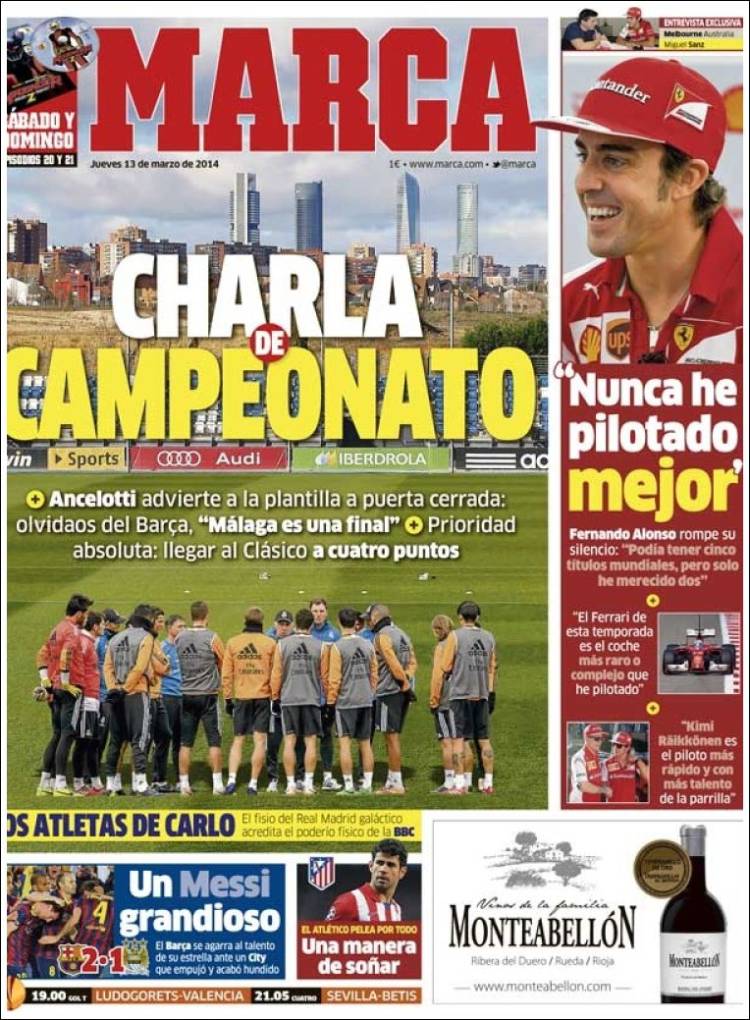 Talking of the championship

Ancelotti warns his side behind closed doors, 'Forget Barca', "Malaga is the final"

The priority is to arrive at the Clasico four points clear

Barca's star talent shines against City who pushed but were buried

Atleti fighting for everything

Alonso breaks his silence: "I could have five world titles, but only have deserved two"

"The Ferrari this season is a great most rare and complex"

"Kimi is the fastest driver and with great talent too" 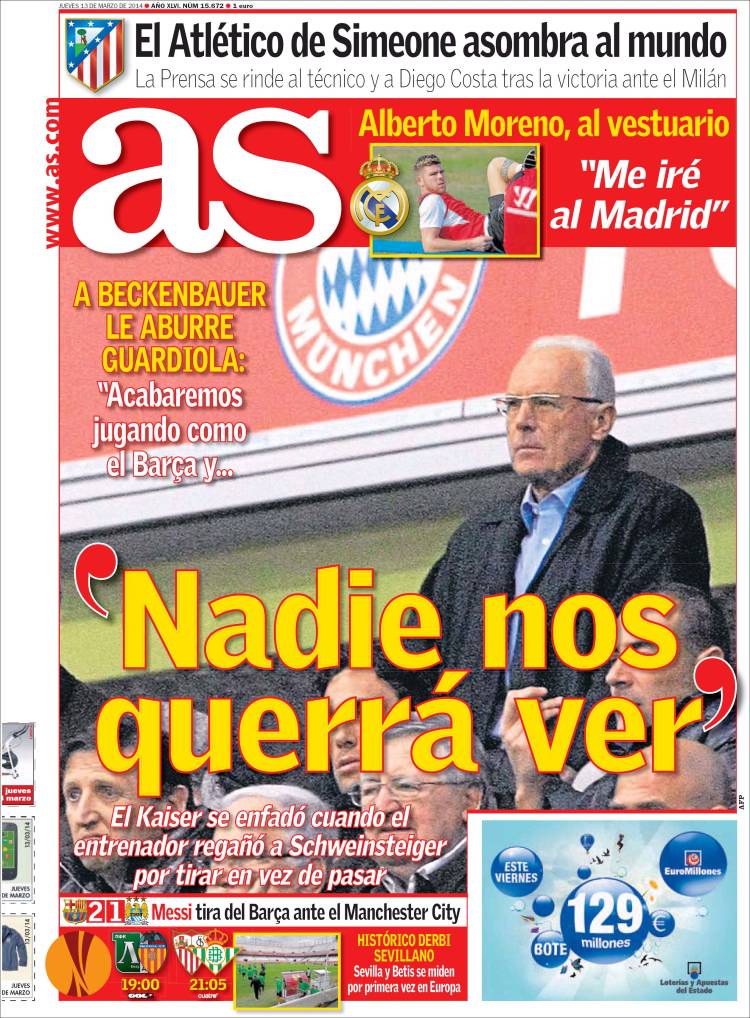 "Nobody will want to see this" Beckenbauer

Beckenbauer bored with Pep's side: "We will end up like Barca and..."

Simeone's Atletico lighting up the world

Alberto Moreno: "I am going to Madrid"

Messi does the business for Barca against City

Sevilla and Betis meet for the first time in Europe 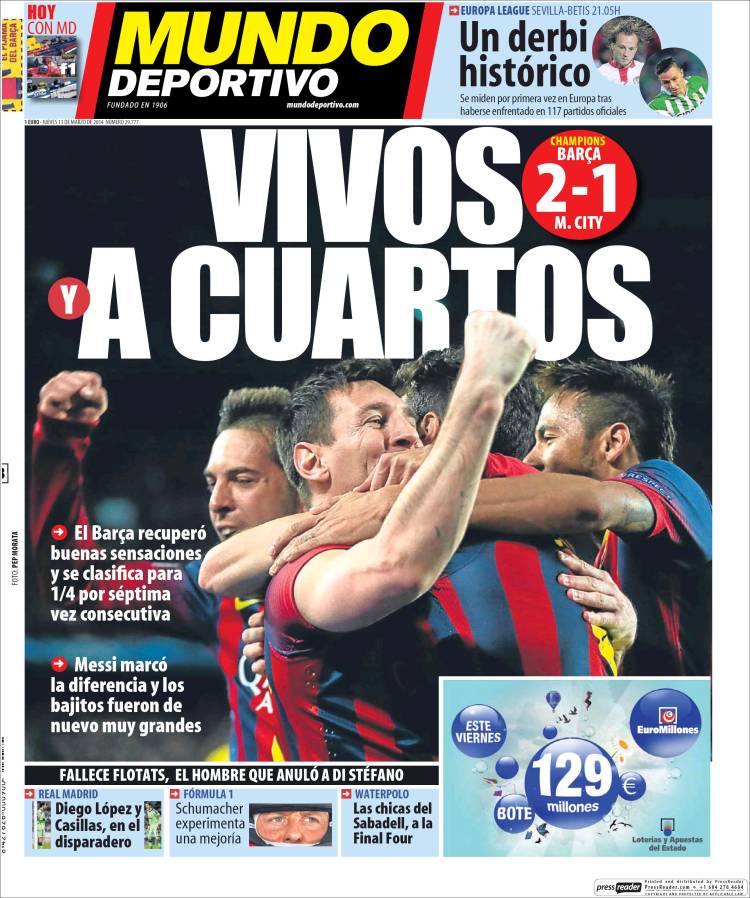 Alive and into the quarters

An historical Seville derby: Betis and Seville meet for the first time in Europe