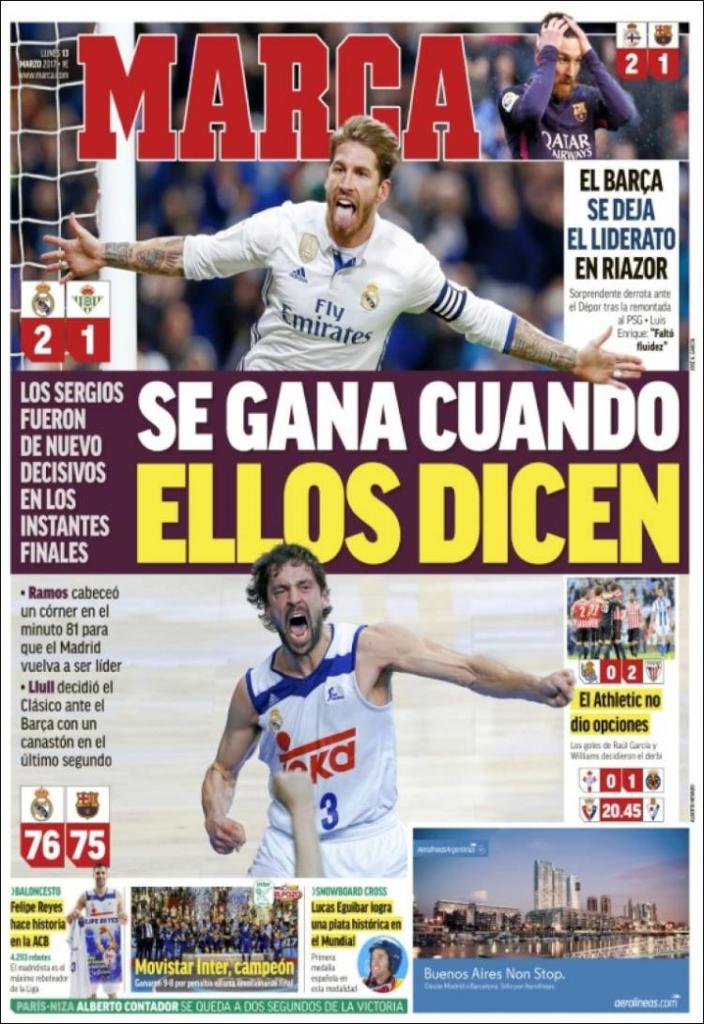 You win when they say so

Both Sergios are again decisive in the final moments

Ramos heads in from a corner in the 81st minute vs Betis, Llull decides the Clasico with Barca in basketball at the last second 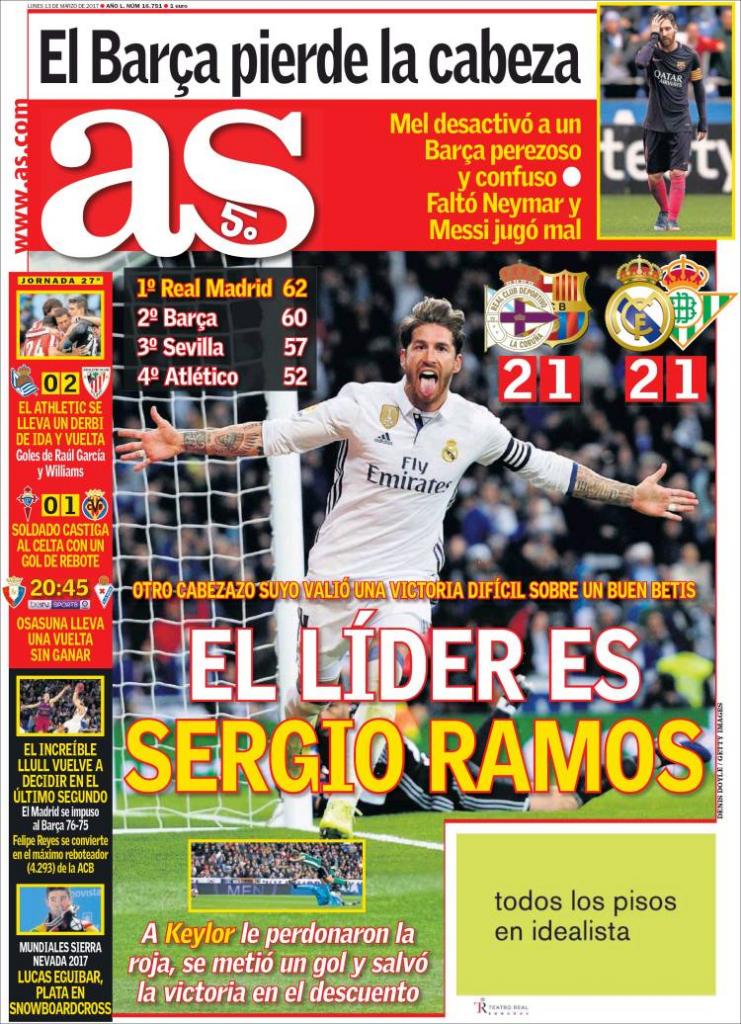 The leader is Sergio Ramos

Another header worthy of a win against a good Betis

Keylor escaped a red card, scored an own goal then saved the match at the end 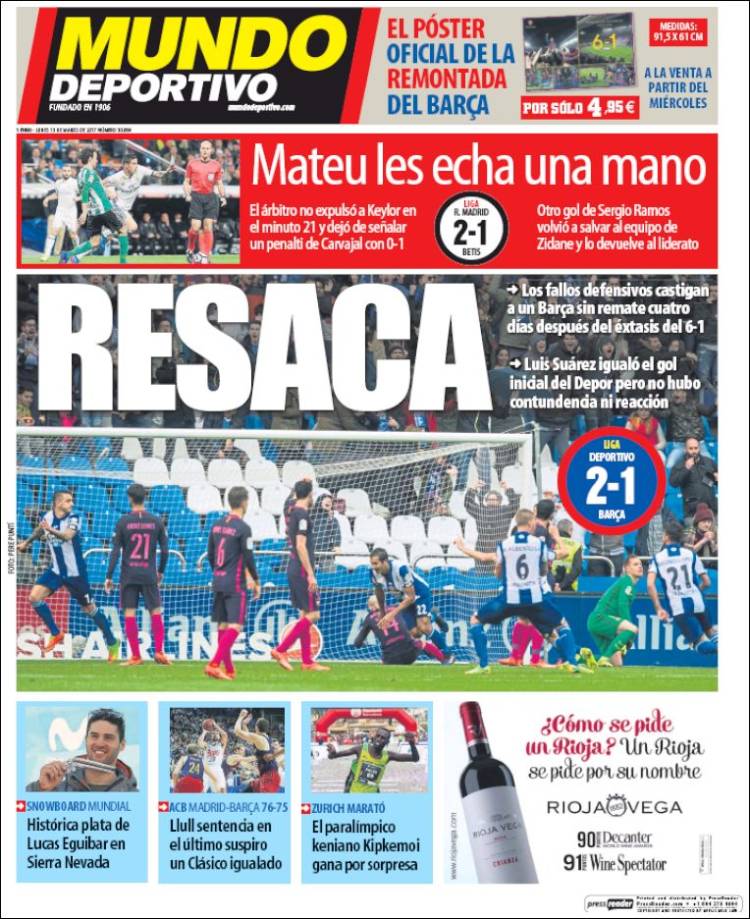 Mateu gives them a hand - referee does not send off Navas in 21st minute or give penalty against Carvajal at 0-1, another goal from Ramos saves Zidane and returns them to the top of La Liga