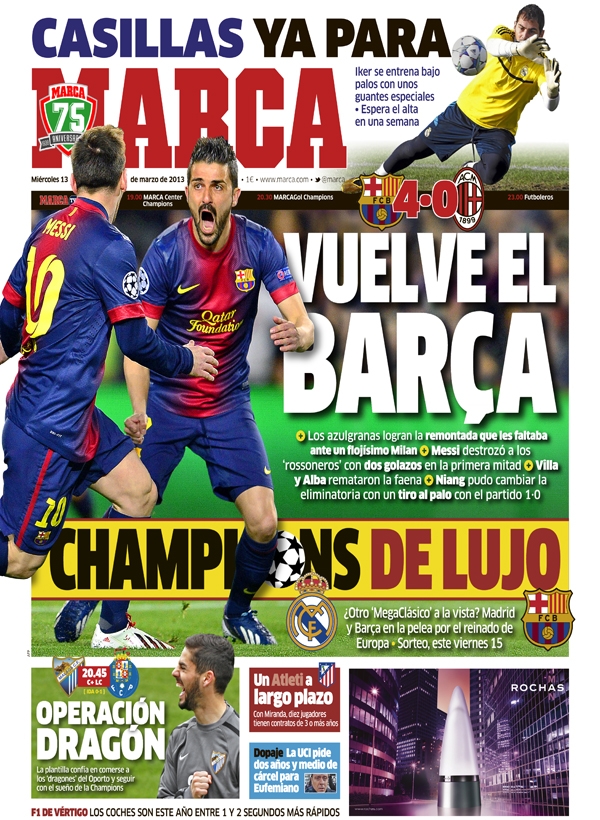 The return of Barca

The Azulgranas make a comeback against a weak Milan

Villa and Alba play with heart

The draw is 15 Friday

Iker is training with special gloves

He hopes to return in one week

With Miranda, ten players have contracts of three or more years

Doping: UCI ask for two and a half years in prison for Eufemiano 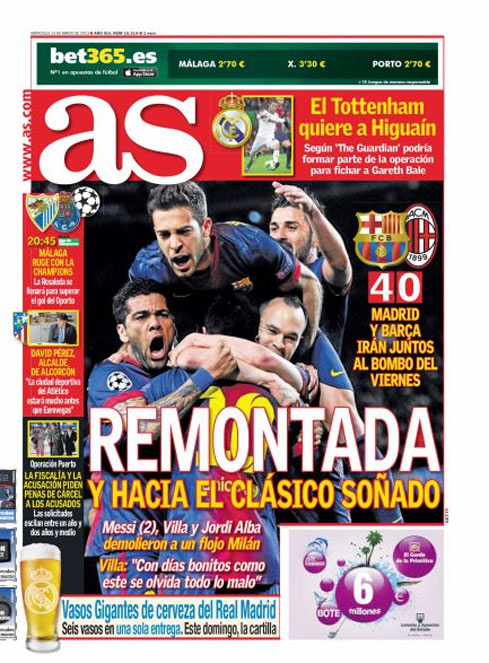 Comeback and another clasico dream

Madrid and Barca could be drawn together this Friday

Villa: "With great days like this we forget everything that is wrong"

Malaga Porto: Malaga to roar in the UCL

La Rosaleda will be full to help Malaga overcome Porto

David Perez, mayor of Alcorcon: "the sports city of Atletico will be for Eurovegas"

Following the Guardian, he could form part of the operation to sign Gareth Bale

I did not feel afraid. I played the same way I do in Serie A, but I lost sharpness because you have to run so hard against Barcelona,” explained the 18-year-old striker. 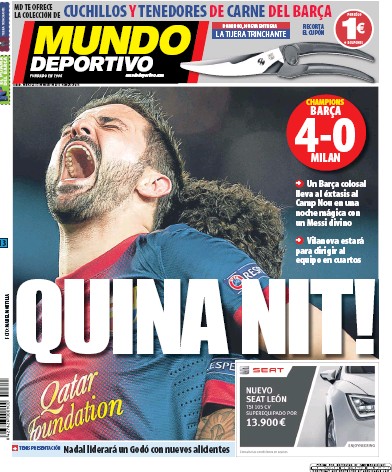 Vilanova will direct the team in the in the quarters