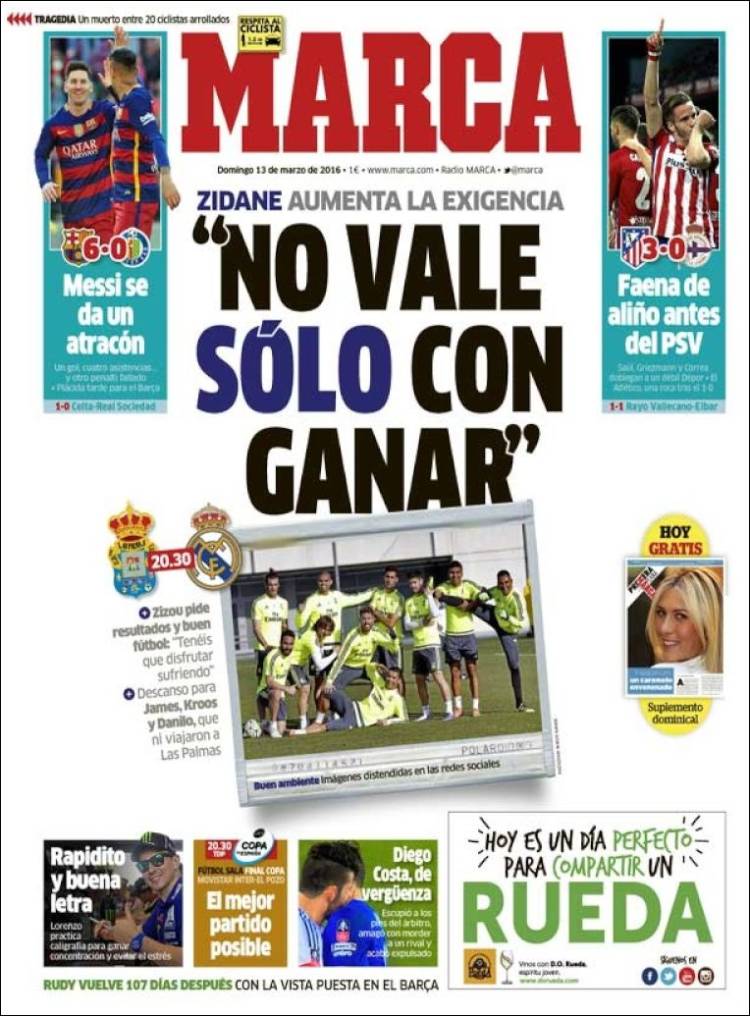 “I don’t only value winning”

Rest for James, Kroos and Danilo, all of whom did not travel to Las Palmas

A goal, four assists and one missed penalty

Atletico a rock after they went 1-0 up

He spat at the feet of the referee, faked a bite on his opponent and was sent off 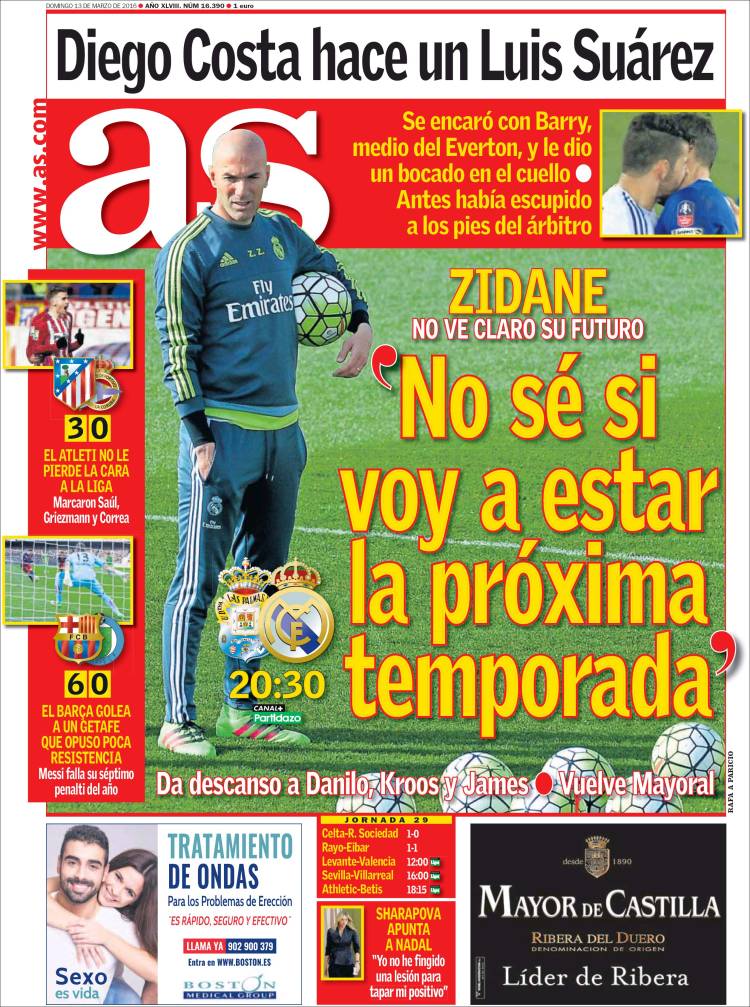 “I don’t know if I’ll be here next season”

Zidane sees no clarity on his future

Diego Costa does a Luis Suarez

He approached Everton midfielder Barry and bit him on the neck

Before that, he spat at the feet of referee

Saul, Griezmann and Correa all scored

Messi missed his seventh penalty of the year 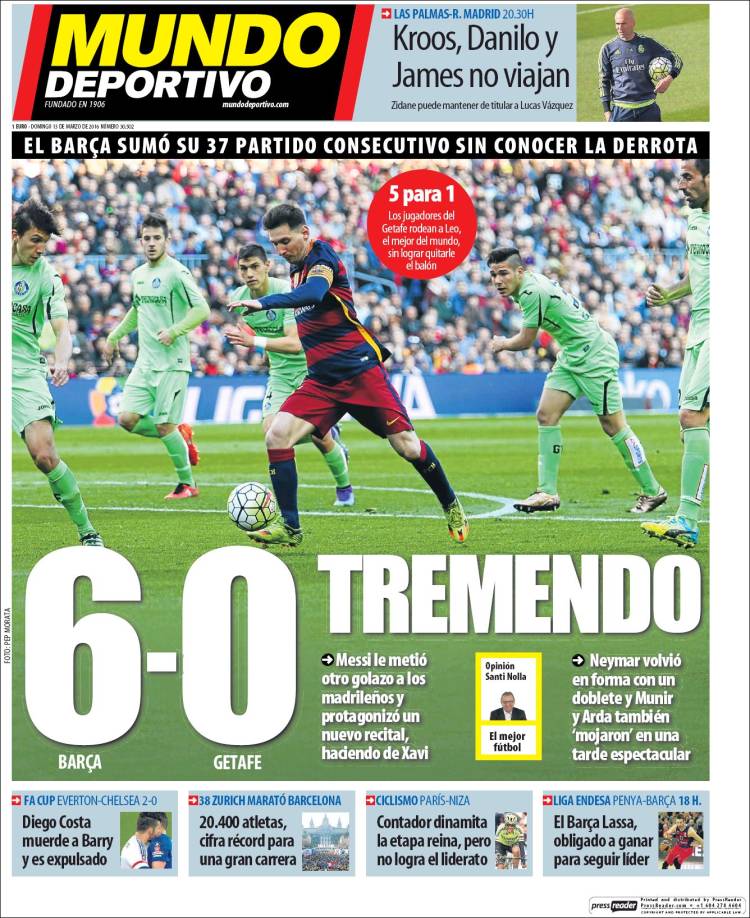 Messi scored another goal against the madrilenos and starred in a new show, similar to Xavi

Getafe players around Leo, the best in the world, unable to take the ball off him

Kroos, Danilo and James do not travel

Zidane can give another start to Lucas Vazquez

Diego Costa bites Barry and is sent off