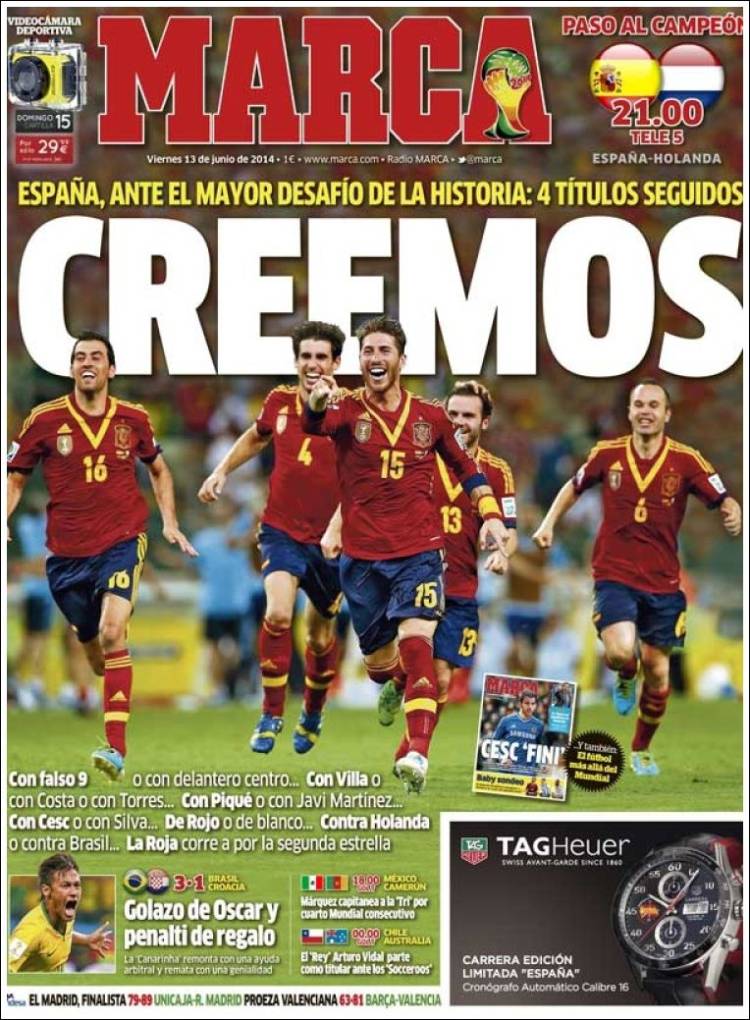 Spain ahead of the greatest challenge in history: 4 consecutive titles

With a false 9 or centre forward, with Villa or Torres or Costa, with Pique or Javi Martinez, with Cesc or Silva, in red or white, against Holland or Brazil, La Roja chase a second star

Great goal by Oscar and a gifted penalty 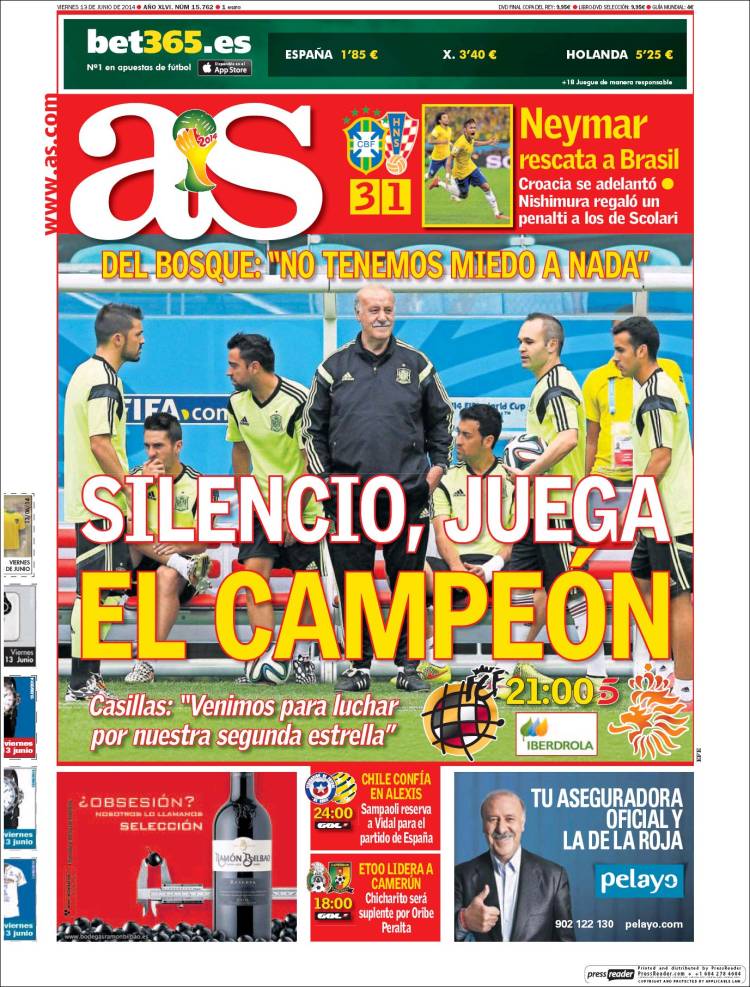 Silence, the champions are playing

Del Bosque: We don't fear anyone

Casillas: We have come to fight for our second star

Croatia went ahead but Nishimura gifted a penalty to Scolari's men.

Chicharito will be a sub in favour of Oribe Peralta 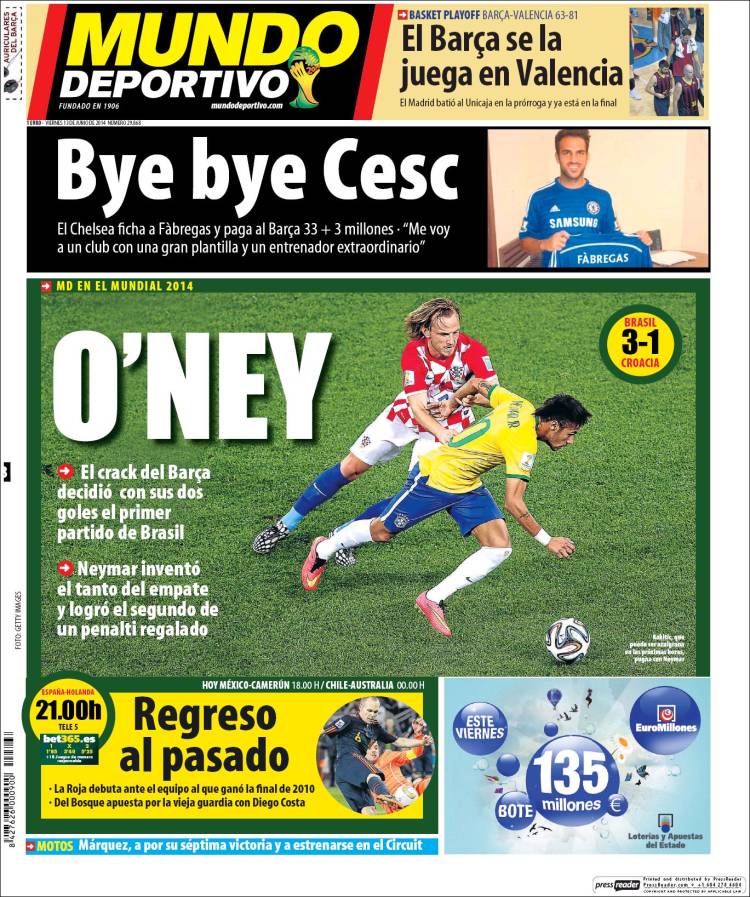 Return to the past

La Roja debut against the team they beat in 2010 final

Del Bosque opts for the old guard with Diego Costa