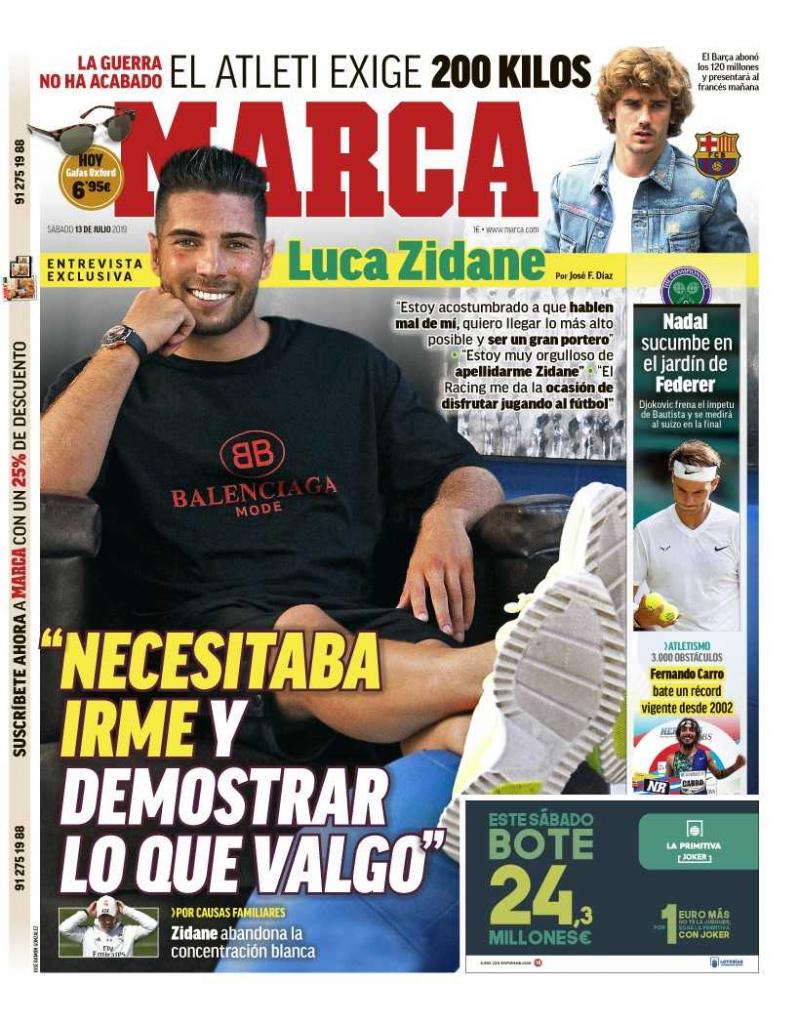 REAL MADRID: Luca Zidane - I needed to go and demonstrate my worth.

ATLETICO MADRID/FC BARCELONA: FC Barcelona have confirmed the €120m purchase of Antoine Griezmann, however Atletico Madrid will push for €200m amid reports of a pre-agreement between the two parties. 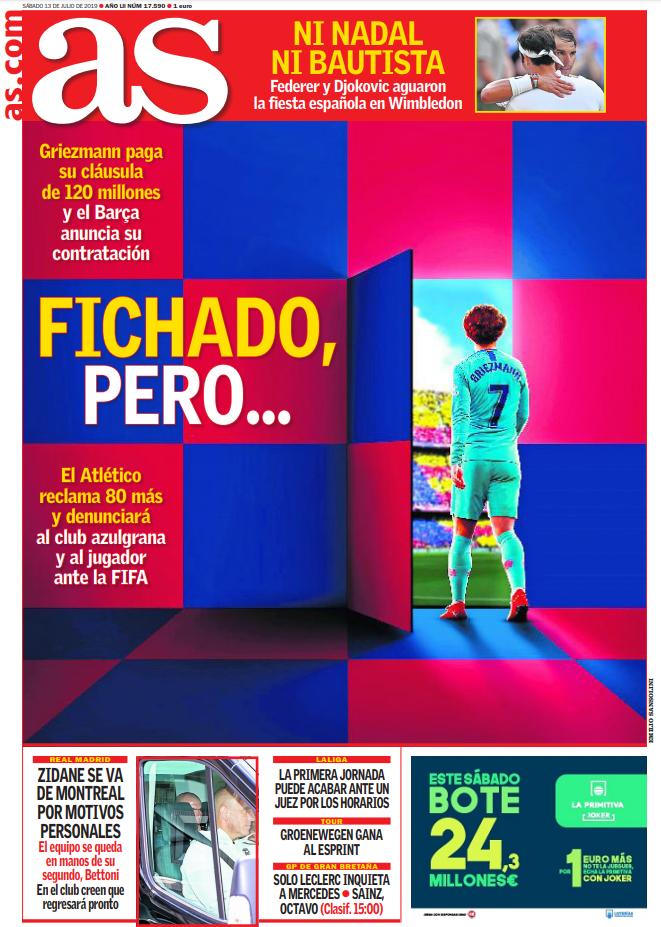 ATLETICO MADRID/FC BARCELONA: Antoine Griezmann completes his €120m move to the Camp Nou, although Atletico Madrid are considering asking FIFA to intervene to settle their dispute over a potential owed €80m.

REAL MADRID: Zinedine Zidane has left the squad during their pre-season training camp in Montreal, to return to Europe due to personal reasons, with coach David Bettoni set to step in.

LA LIGA: Controversy over the first weekend of fixtures, as La Liga reneges on its promise to abandon Monday night fixtures. 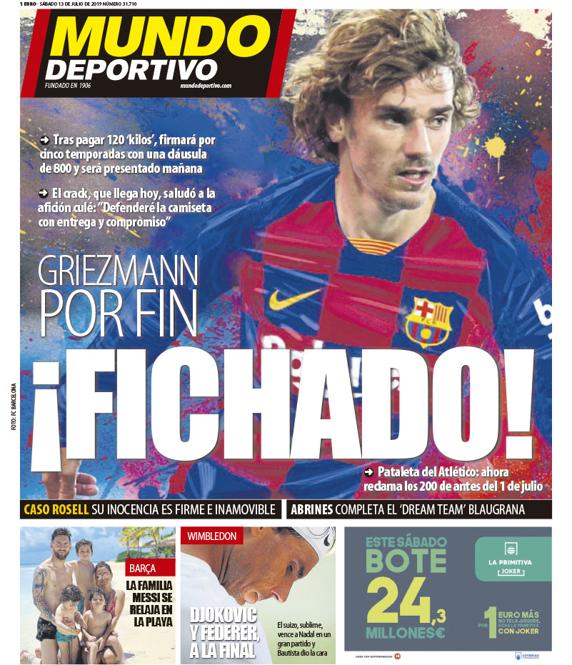 FC BARCELONA/ATLETICO MADRID: Antoine Griezmann signs for FC Barcelona on a five-year deal, with an €800m release clause, after the Catalan side paid his €120m release clause.

FC BARCELONA/ATLETICO MADRID: Howvever, controversy remains over the potential €80m owed to Atletico Madrid, if a deal was agreed before his release clause was lowered from €200m.