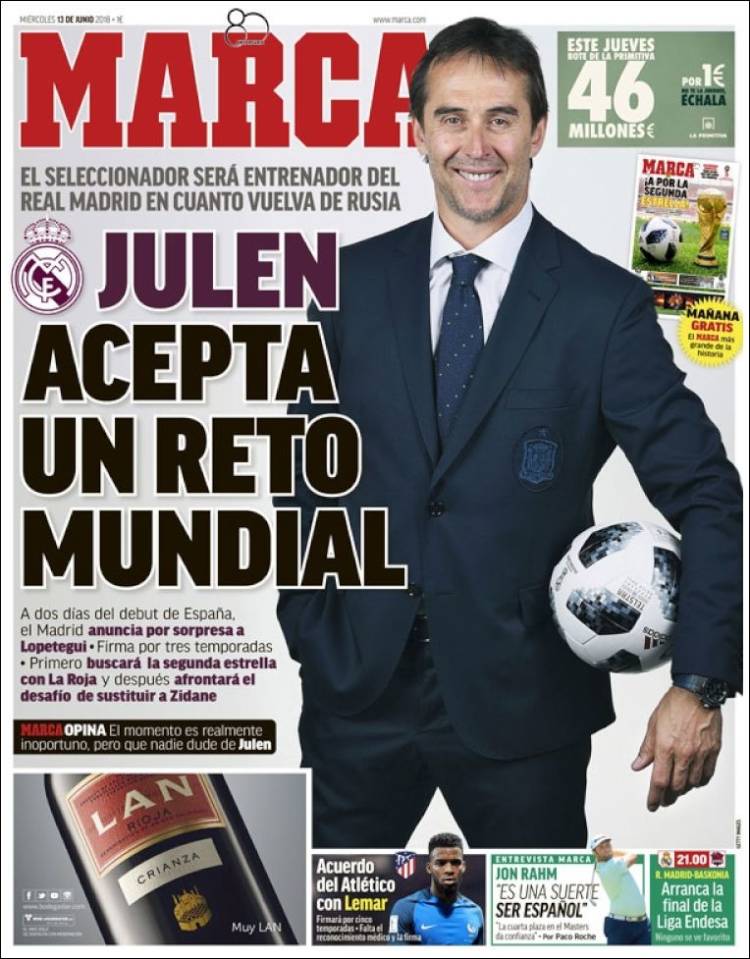 Spanish boss to take over Real Madrid after the World Cup 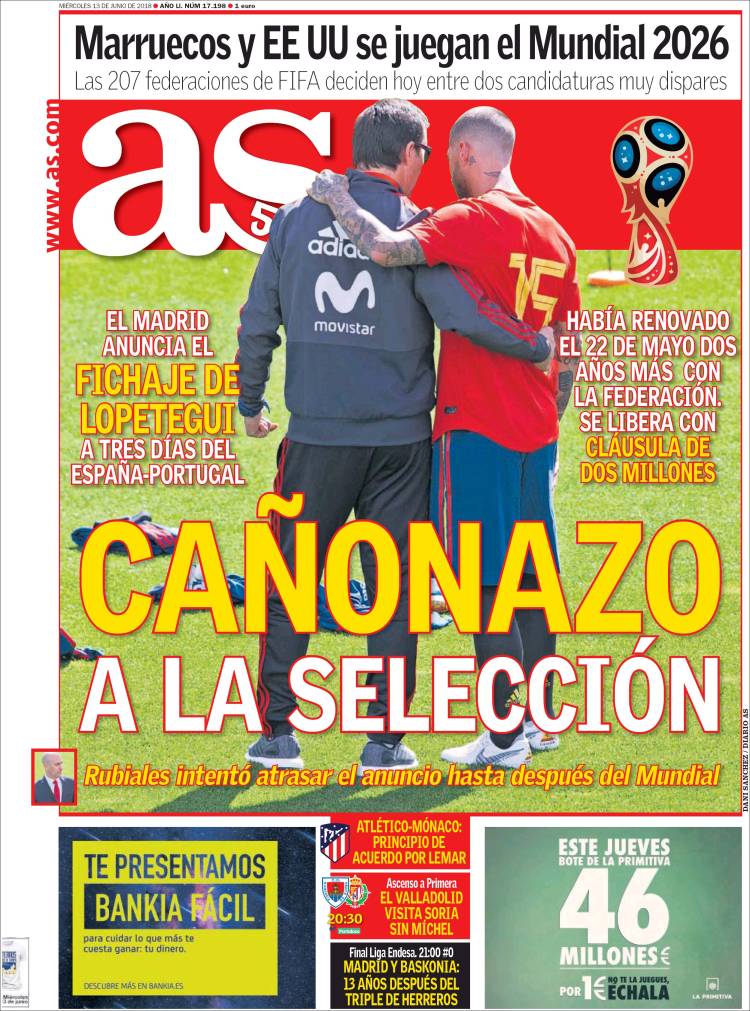 Gunshot to the national team

Madrid announce Lopetegui three days before Spain-Portugal, had renewed for two years on 22 May, clause 2m

Morocco and US vie for 2026 hosting

Valladolid travel to Numancia without Michel 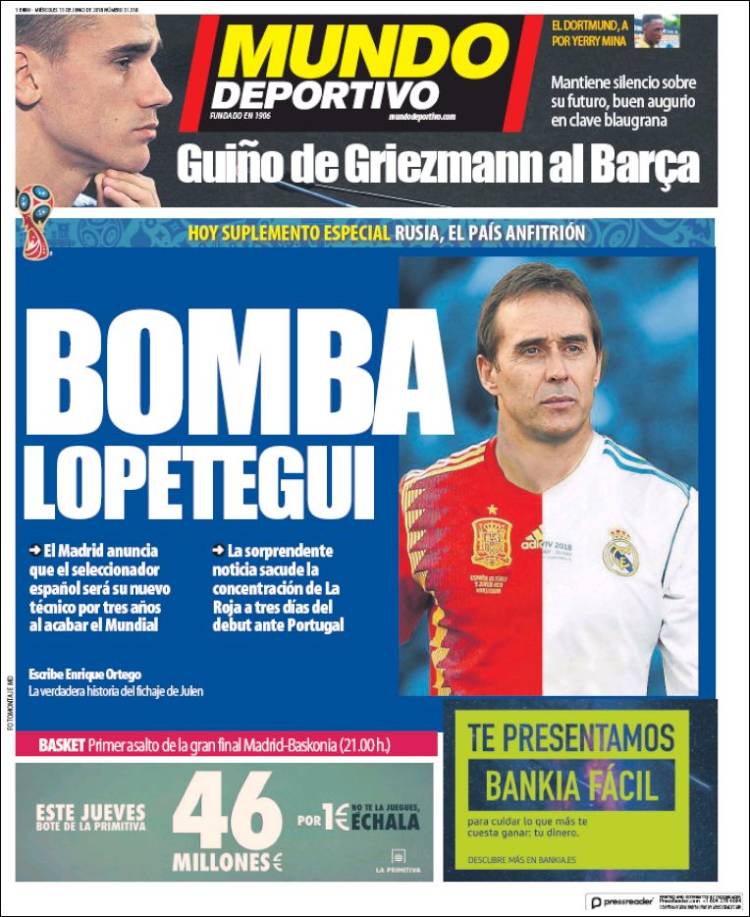