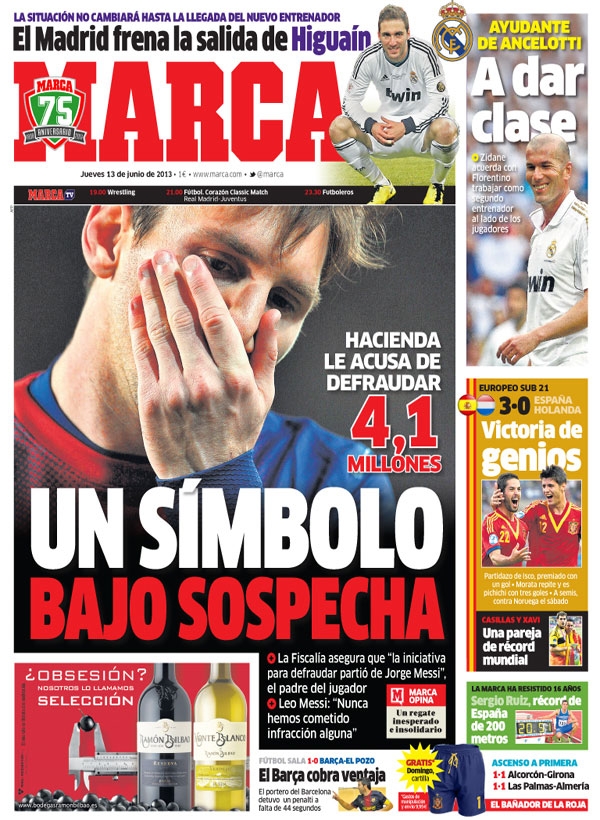 A symbol under suspicion

The tax office assures that "the accusation of fraud starts with Jorge Messi, his father"

Leo Messi: "Never have I committed any crime"

The situation will change until a new coach is appointed

Madrid slow down the exit of Higuain

To help coach: Zidane agrees with Florentino to work as second coach

A great game for Isco, who caps off his performance with a goal

Morata scores again and is the leading goalscorer with three

To the semis to face Norway on Saturday

Casillas and Xavi: A pair of world cup champions

The record has remained for 16 years

Sergio Ruiz, the new record for Spain in the 200 metres 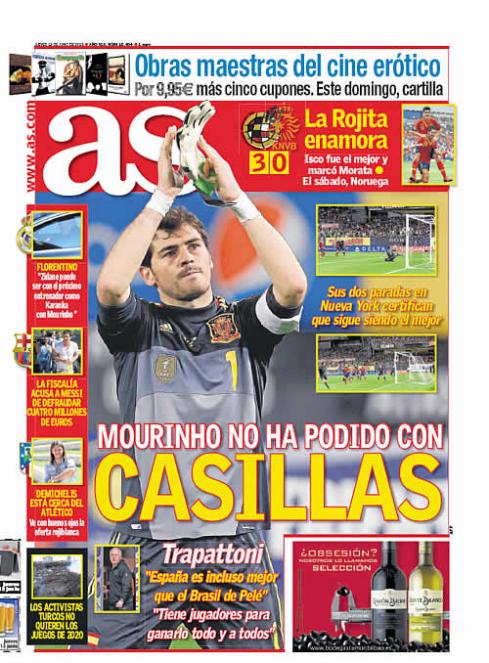 Mourinho was unable to stop Casillas

"They have players who can win anything and everything"

Falling in love with La Rojita

Isco was the best and Morata scores again

Florentino: "Zidane could be the next trainer like Karanka was with Mourinho"

Demichelis is close to Atletico

He is looking at the Rojiblancos offer favourably

A goal from Miguelez leaves them with hope 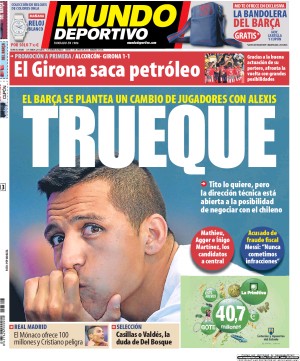 Barca plan to use Alexis to bring in other players

Mathieu, Agger and Inigo Martinez, the candidates for centre half

Messi accused of tax fraud: "I have never committed any crime"

National team: Casillas or Valdes is the question after the win over Ireland