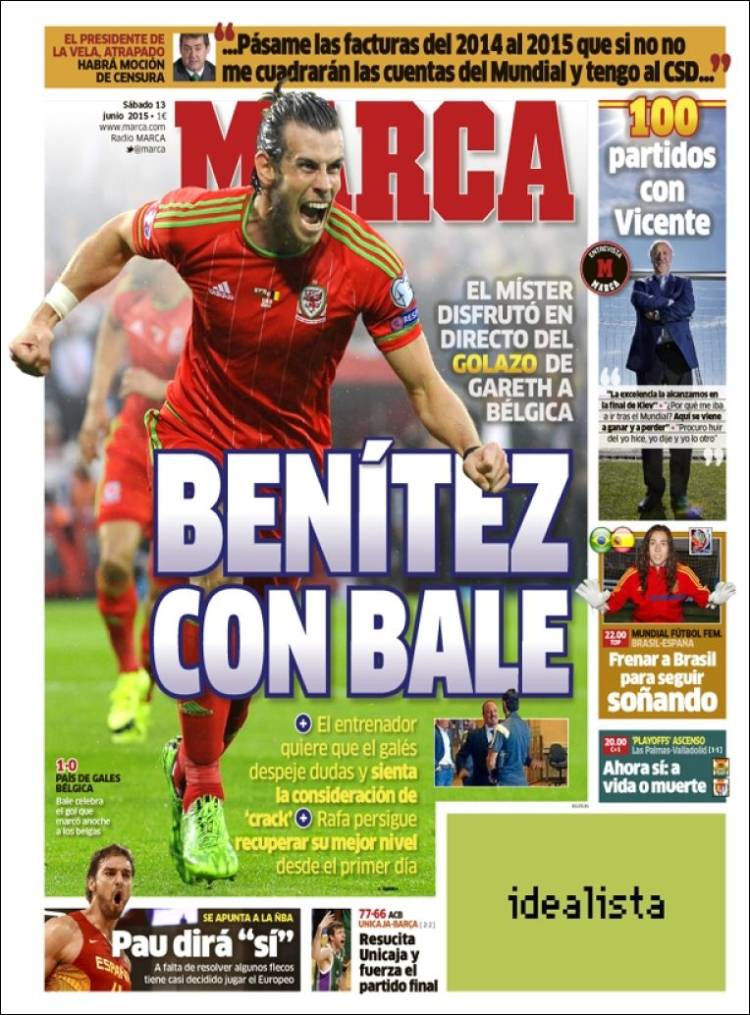 Rafa seeks to recover the performance levels of his first season

“Excellency reached the final in Kiev”

“Was I going to leave after the World Cup? I’d have stayed, win or lose”

Brazil must be stopped in order to stay in the competition

A matter of life or death 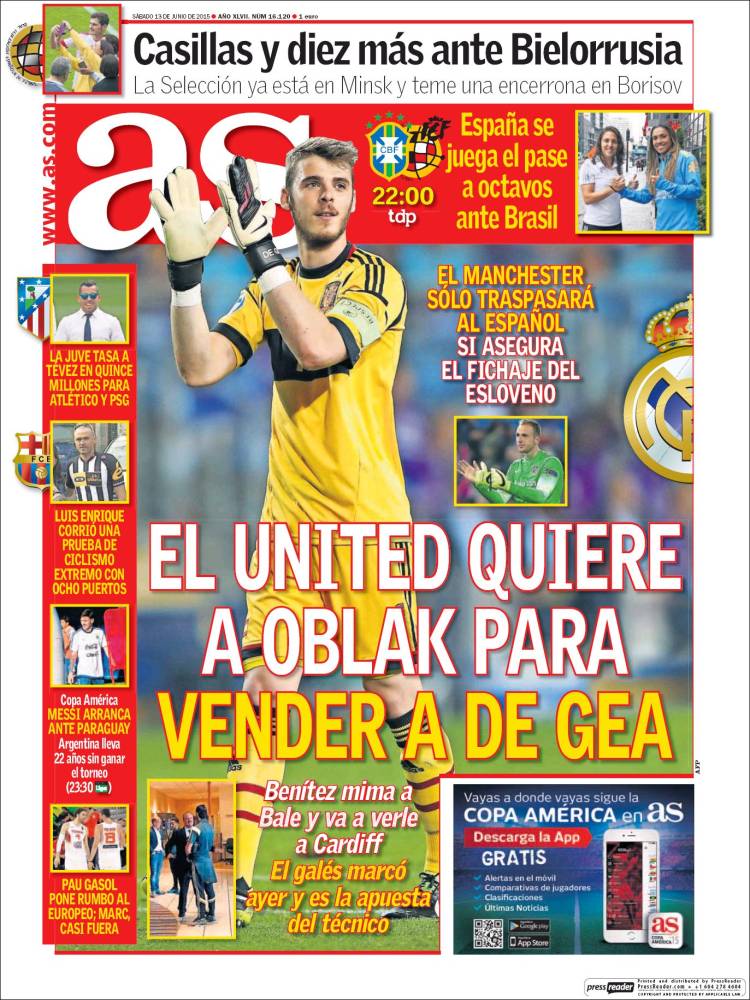 Benitez will pamper Bale and meet him in Cardiff

The Welshman scored yesterday and is the Coach’s gamble

Spain playing for passage to the second round against Brazil

Juve demand €15m from Atletico and PSG for Tevez

Argentina have gone 22 years without winning the tournament 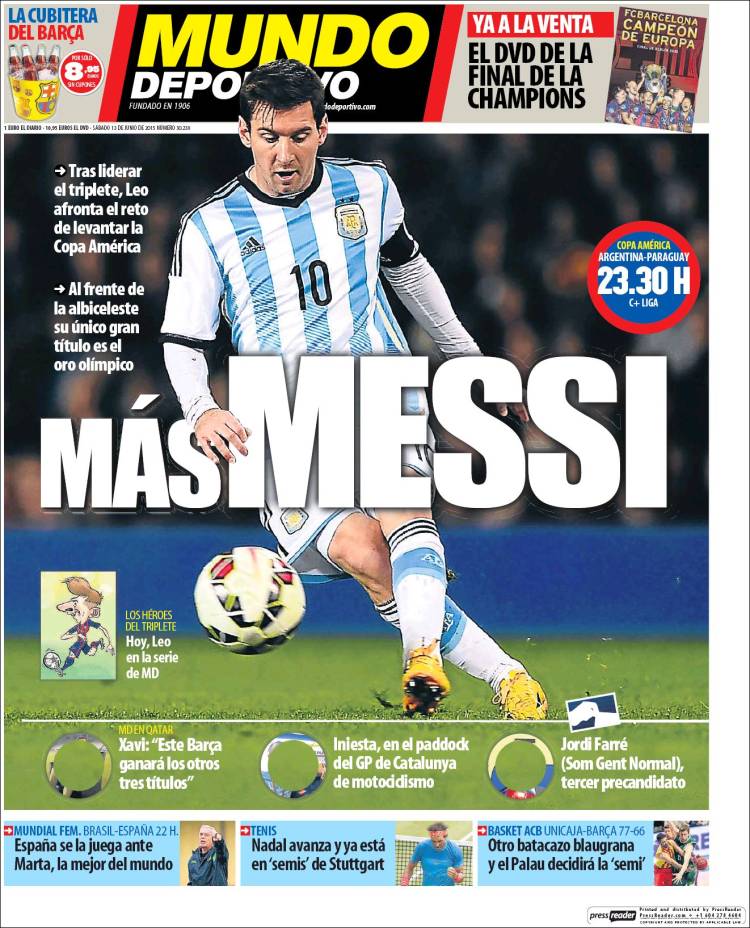 After leading Barca to the treble, Leo now faces the challenge of lifting the Copa America

His only major title with Argentina is Olympic gold

Xavi: This Barca will win another three titles

Women’s World Cup - Spain will play against Marta, the best women’s player in the world