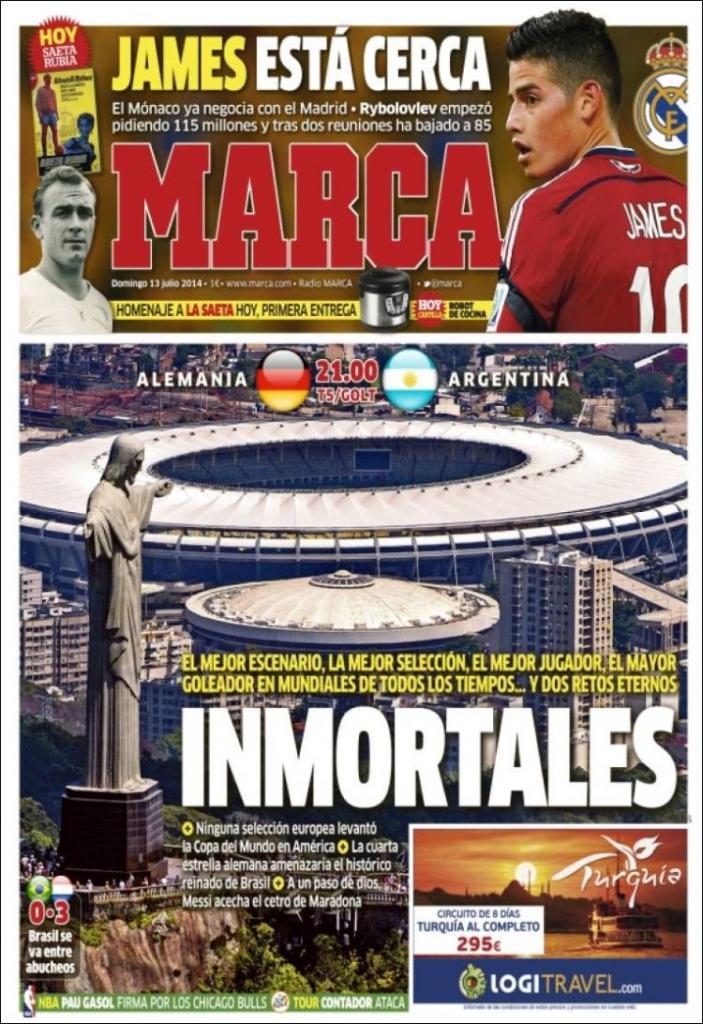 The best setting, the best team, the best player, the highest goalscorer of all time in World Cups... and two eternal challenges

No European team has lifted the World Cup in America

One step away from God, Messi lurks around the throne

Monaco are already in negotiations with Madrid 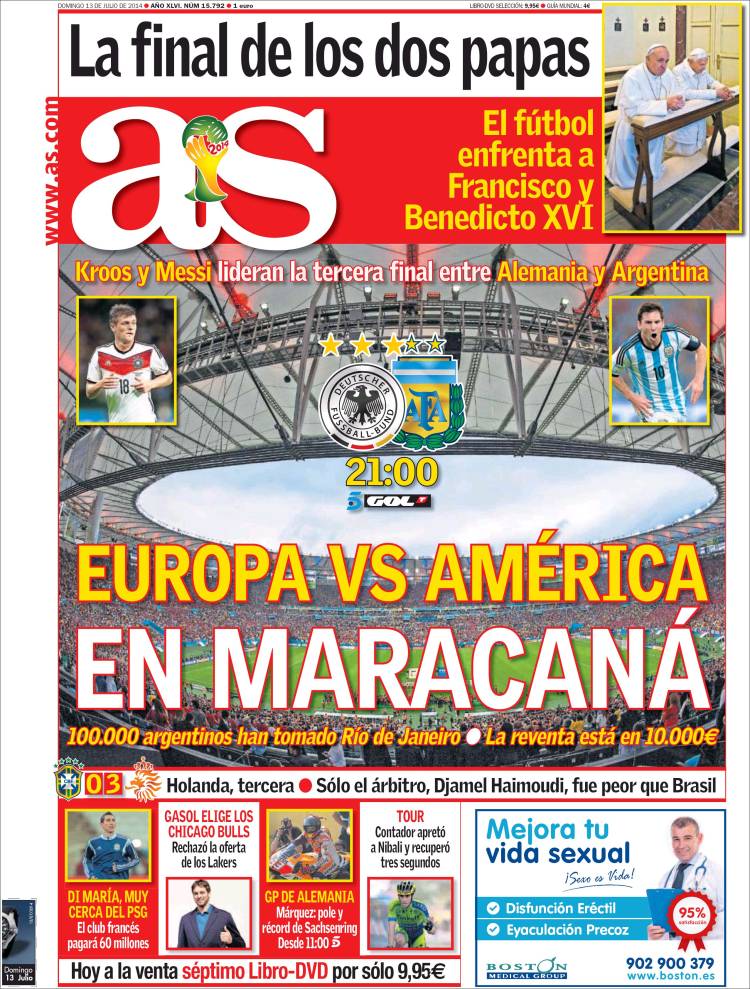 Europe vs America at the Maracana

Kroos and Messi lead the third final between Germany and Argentina

The final of the two popes

Only the referee, Djamel Halmoudi, was worse than Brazil

The French club will pay €60m 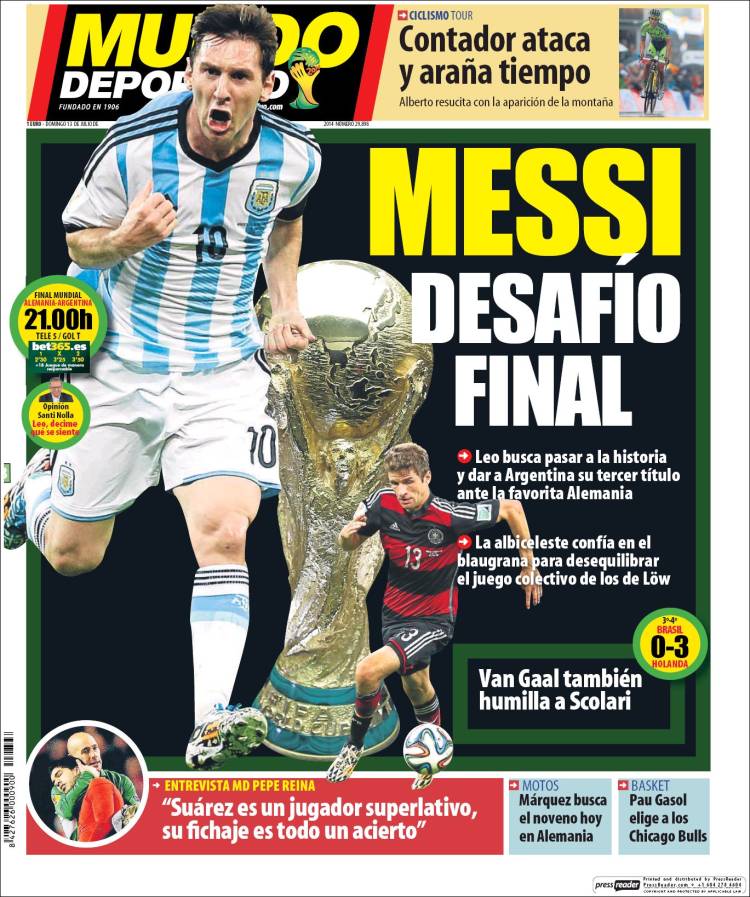 Reina: Suarez is an exceptional player, his signing is a success