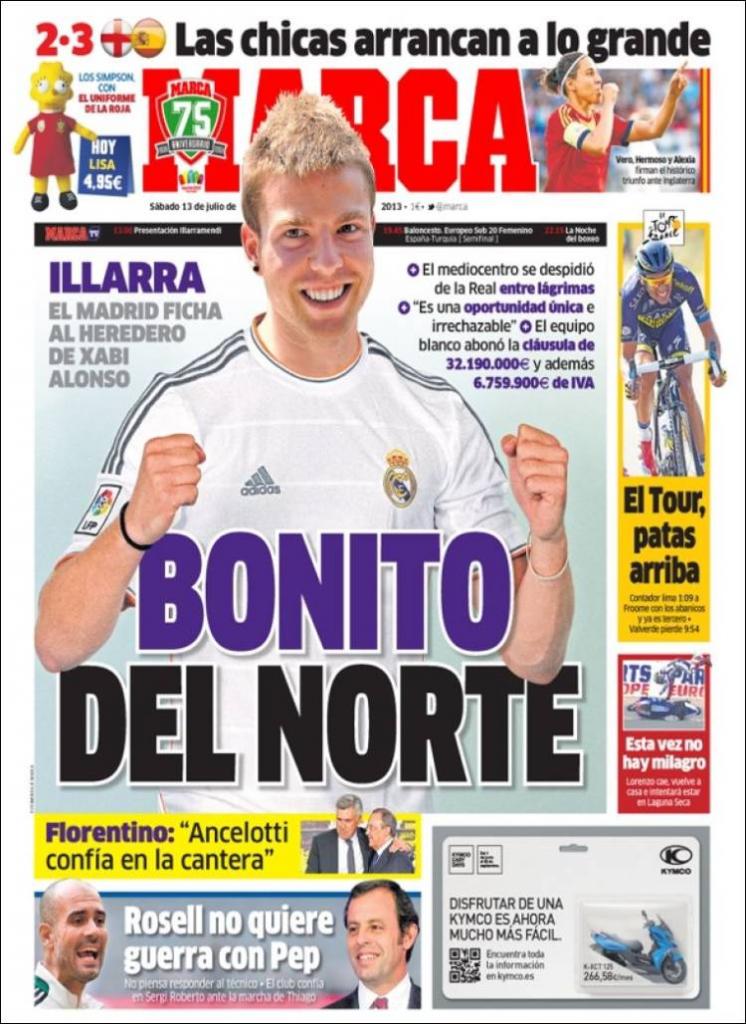 Pretty boy from the north

The central midfielder says goodbye to La Real amid tears

Rosell does not want a war with Pep. He does not think of responding to the Coach

The club trusts in Sergio Roberto before Thiago’s departure 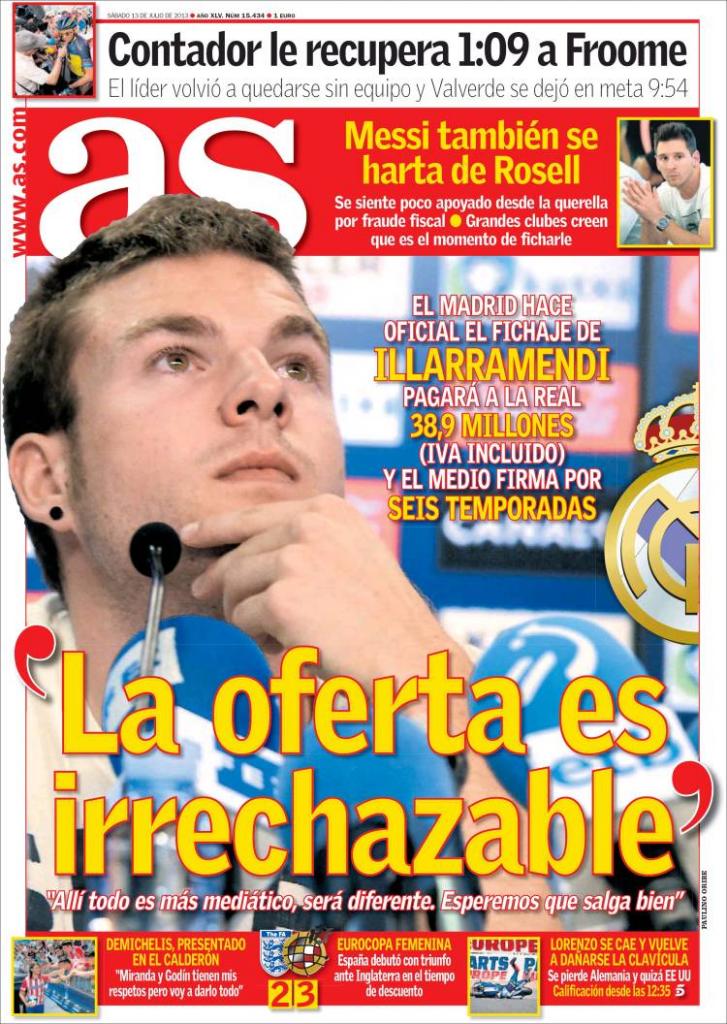 “The offer is irresistible”

They will pay La Real €38.9m (including VAT) and the midfielder will sign for six seasons

“There is more media attention there, it will be different. I hope it goes well”

Messi is also fed up of Rosell: he feels little support over the tax fraud accusation

Demichelis presented in the Calderon 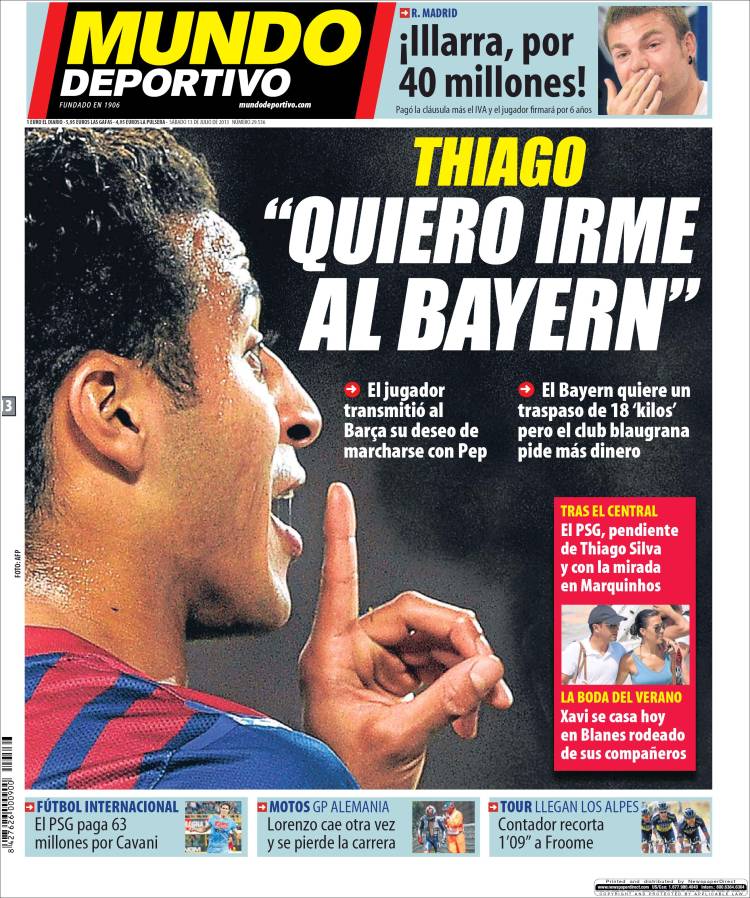 Thiago: “I want to go to Bayern”

The player tells Barca of his desire to join Pep

Illarra for €40m: they pay the release clause plus VAT and the player signs for six seasons

After a central defender – PSG, waiting on Thiago Silva but with eyes on Marquinhos

The wedding of the summer: Xavi gets married in Blanes today surrounded by his teammates