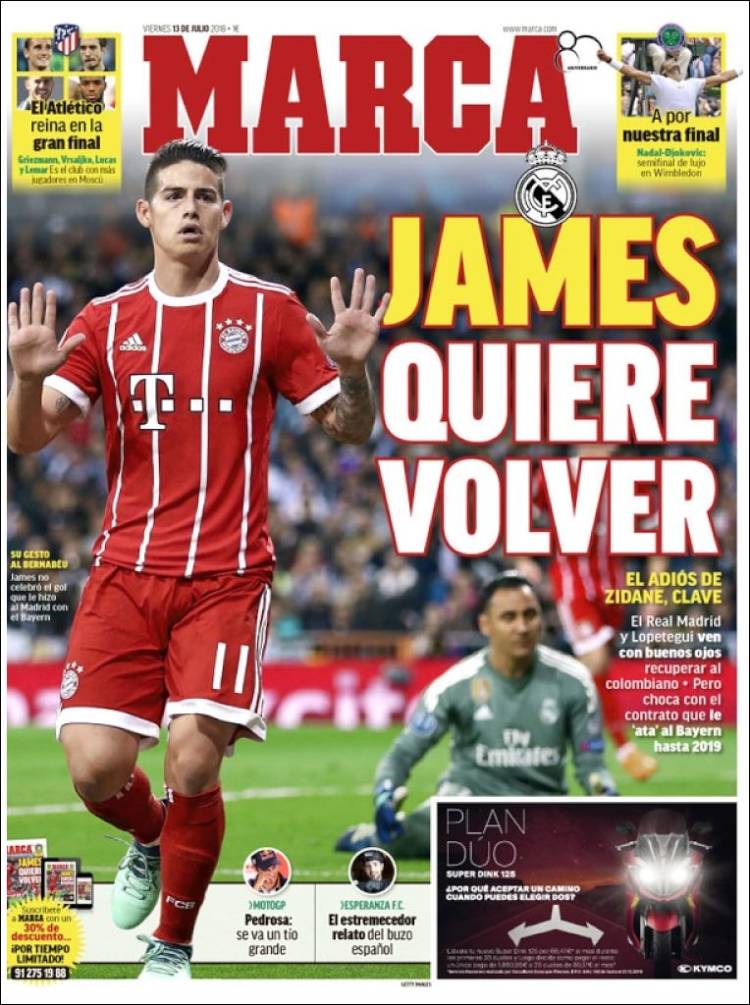 Zidane's departure key, Lopetegui's Madrid have eyes on him, but he has a Bayern contract until 2019 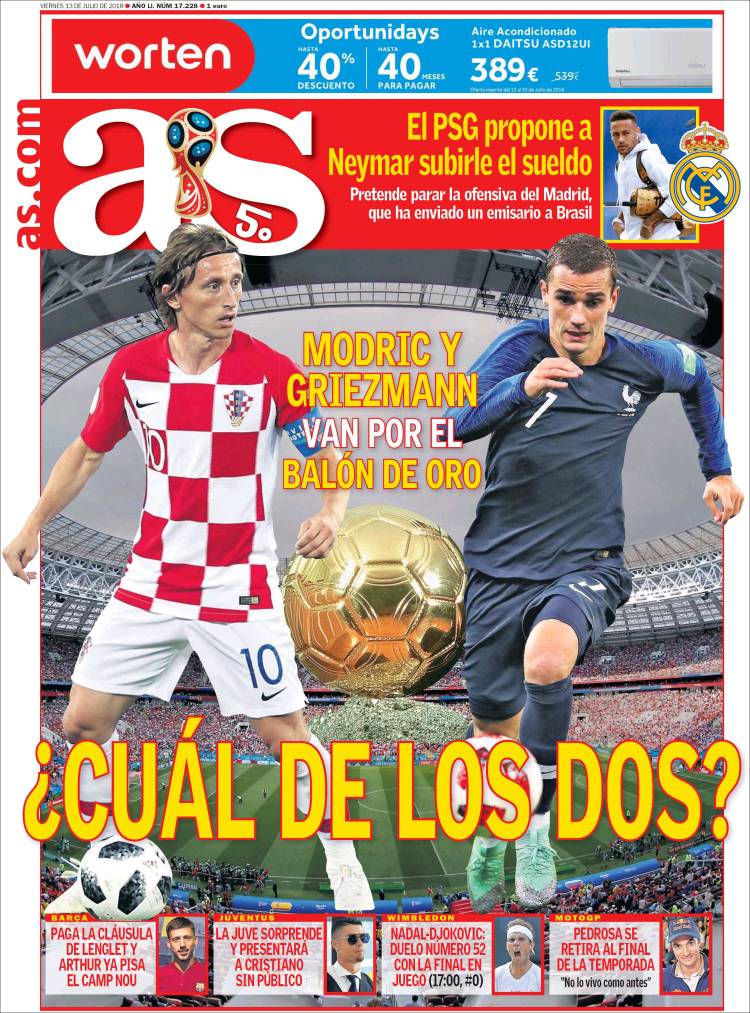 Which of the two?

Modric and Griezmann go for the Balon d'Or 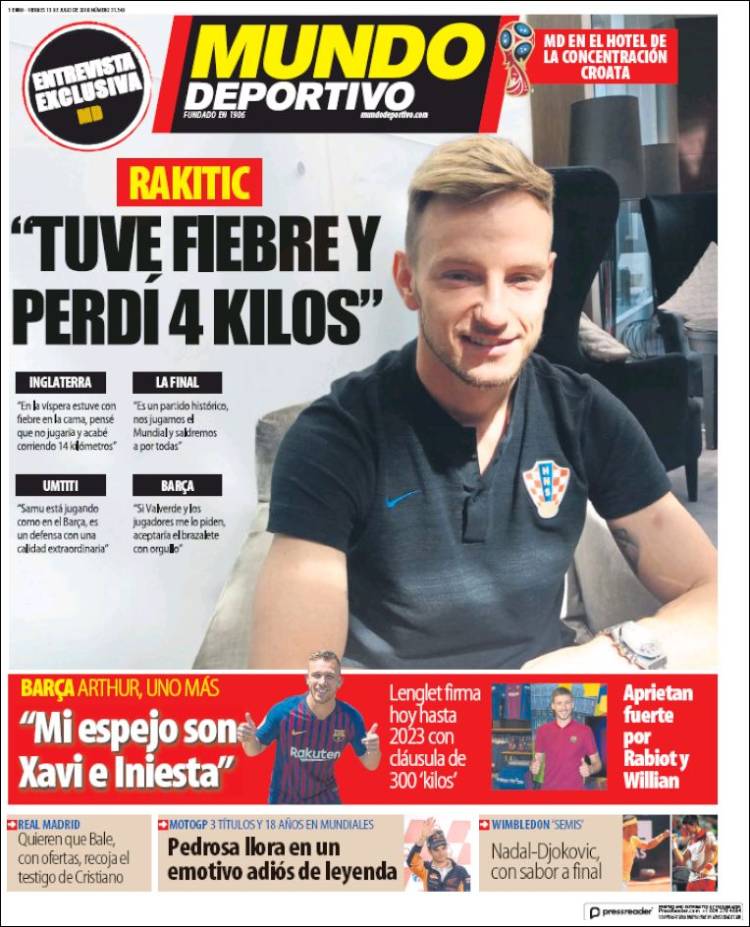 "My idols are Xavi and Iniesta" - Arthur