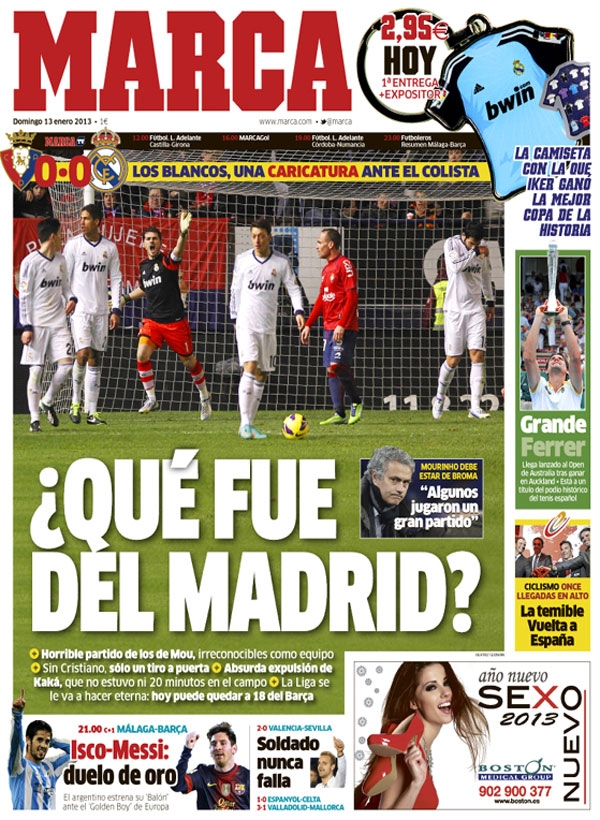 What was that Madrid?

Horrible game from Mou’s men, irreconcilable with such a club

Without Cristiano they only had one shot on goal

Absurd red card for Kaka, who did not play 20 minutes on the field

Mourinho must be joking: “Some of our players had a great match”

Isco and Messi, the duel for Gold: The Balon d’Or winning Argentine comes up against the ‘Golden Boy’ of Europe

Great Ferrer: heads to the Australian Open after winning in Auckland, this could be on historical title for Spanish tennis 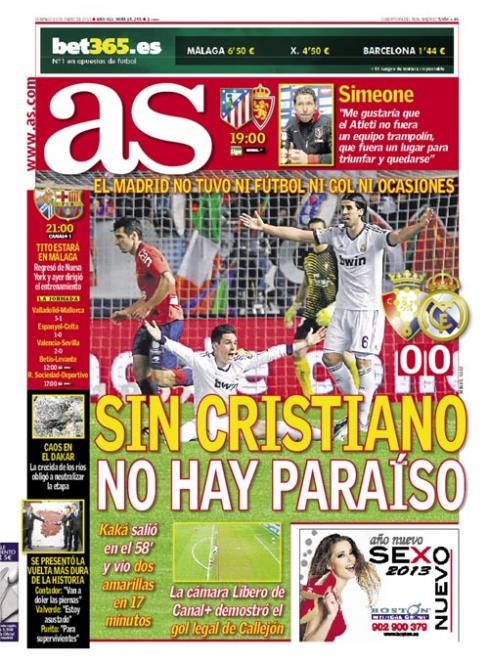 Without Cristiano there is no paradise

Madrid had no football, nor goals, nor chances

Camera replays from Canal + show that Callejon’s goal was legal

Simeone: I would like to see Atleti as a team who’s place at the top, where they can succeed, is secured

Tito to be present against Malaga: He returned from New York and yesterday took training

Chaos at the Dakar: Floods from the river cause havoc in the stage

The best in history return

Contador: The legs are going to hurt

Valverde: I am scared 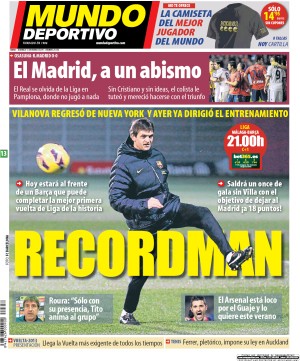 Without Cristiano and without ideas, the bottom club put up a good fight and were worth all three points

Roura: With his presence, Tito encourages the group

Return of 2013: the best of all times return to Spain