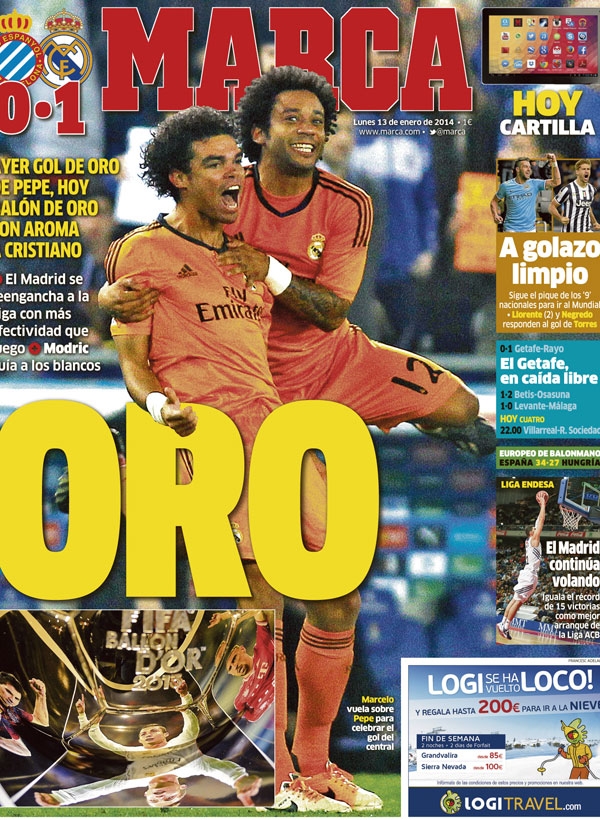 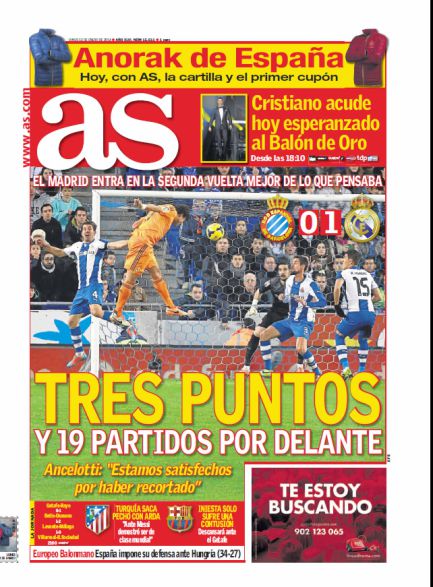 Three points and nineteen games to go
Ancelotti: "We are satisfied to have cut the distance"
Madrid enter the second half of the season better than what was thought
Cristiano travels today hoping to win the Balon d'Or
Turkey take pride in Arda's performance: Against Messi he demonstrated to be a world class player"
Iniesta suffers a strain
He will be rested against Getafe 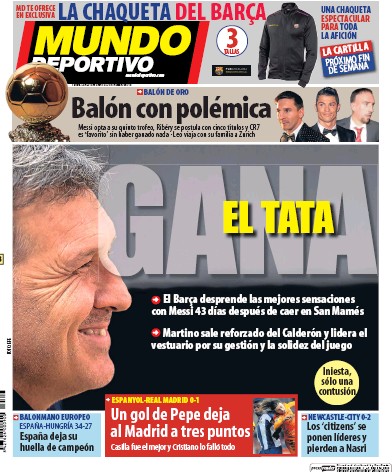 Win, Tata
The good feelings are back after Messi's return following his fall in San Mames 43 days
Martino left the Calderon satisfied and is leading his team well
Balon controversy
Messi going for his fifth trophy, Ribery has a chance after winning five trophies and CR7 is the favourite without having won anything
Leo travels with his family to Zurich
A goal from Pepe leaves Madrid three points off the pace
Casilla was the best and Cristiano was completely off
The Citizens are now leaders but lose Nasri