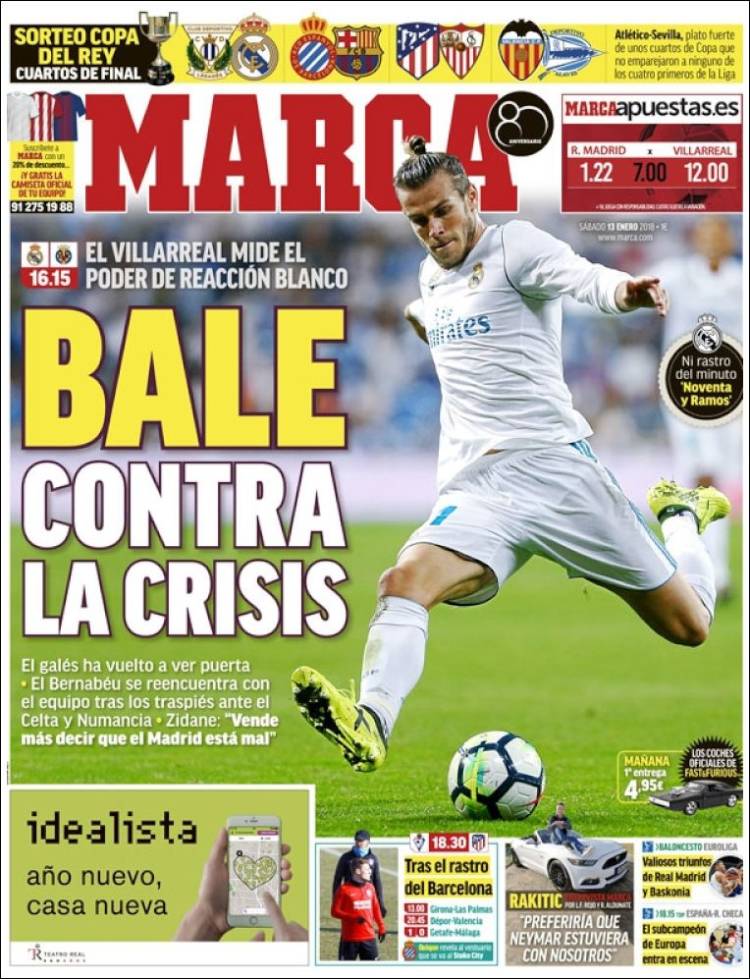 On the trail of Barcelona

“I'd prefer it if Neymar was still with us” 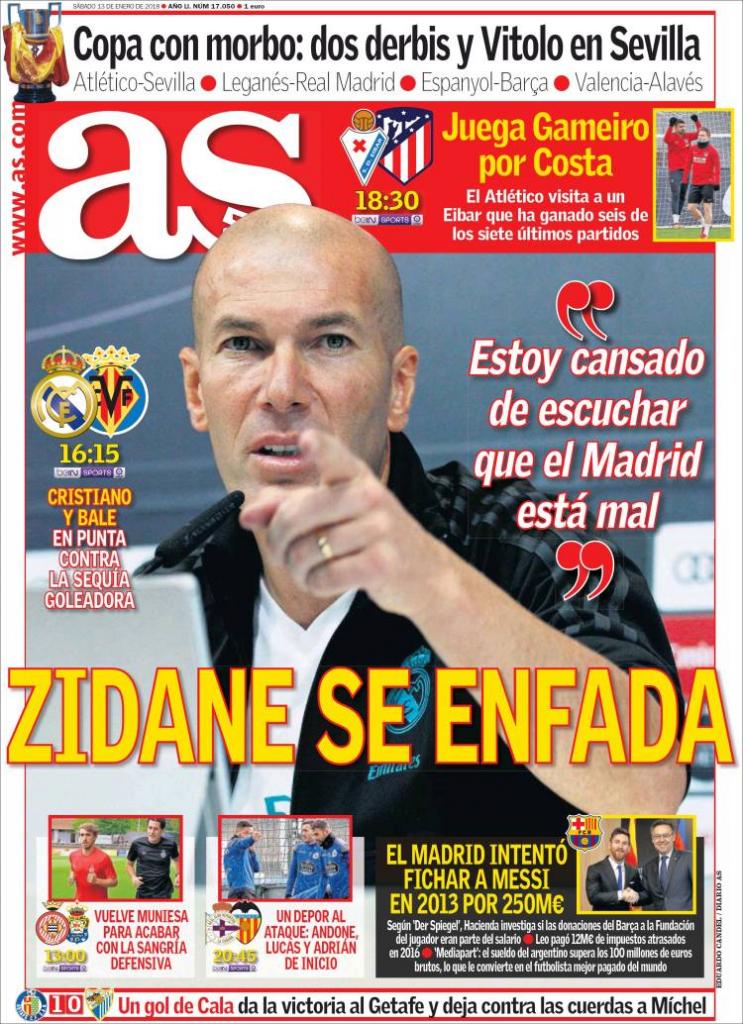 Copa with curiosity: two derbies and Vitolo at Sevilla

Ronaldo and Bale up top to end the goal drought

“I'm tired of hearing that Madrid are bad”

Muniesa back to patch up Girona's leaky defence

A Depor on the attack: Andone, Lucas and Adrian to start 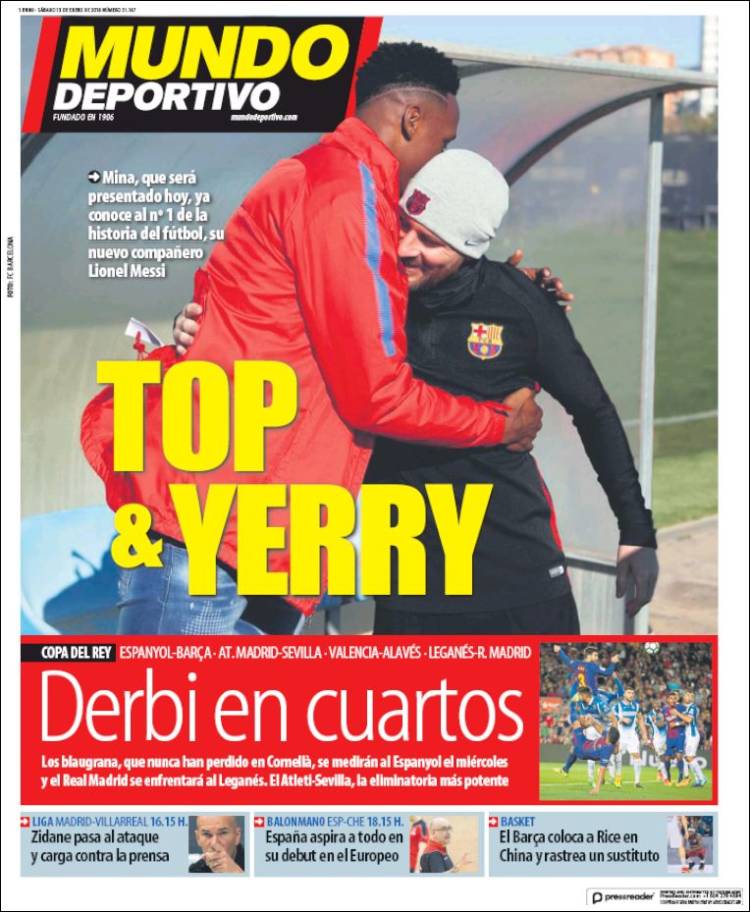 Mina, who will be presented today, has already got to know the best player in the history of football, his new teammate Lionel Messi

Derby in the quarter-finals

Zidane goes on the attack and charges against the Press