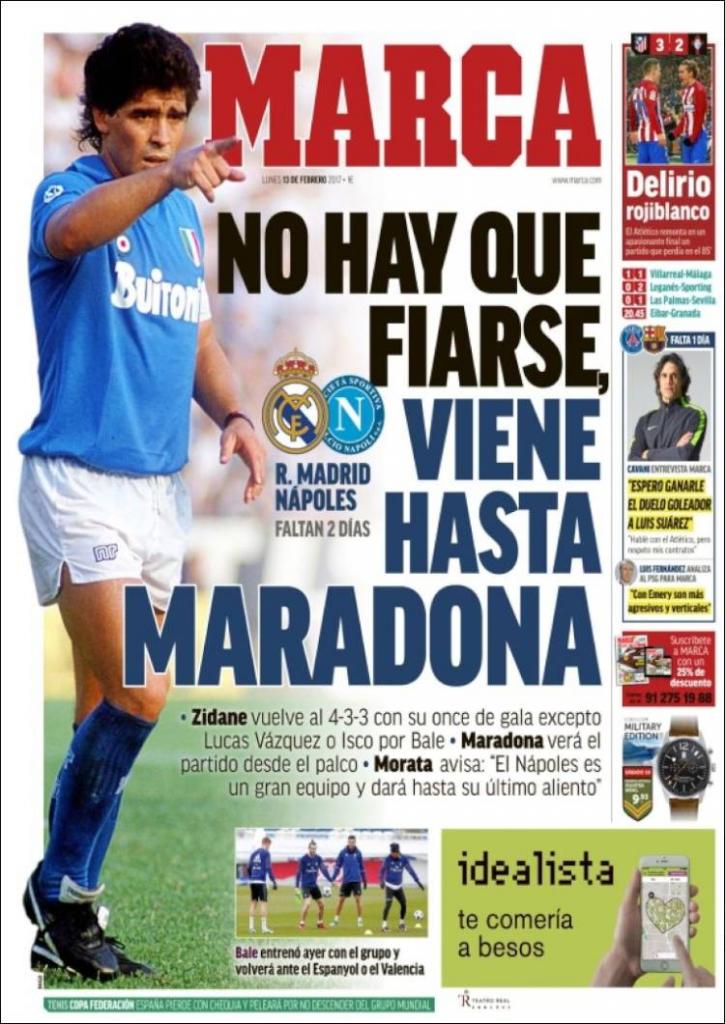 Do not trust, come to Maradona

Zidane returns to 4-3-3 except Isco or Vazquez to play instead of Bale, Maradona will watch from the VIP area, Morata warns: 'Napoli are a great team who'll make you give up your last breath'

Bale trains with the group, to return v Espanyol or Valencia

Cavani: I want to win the battle with Suarez 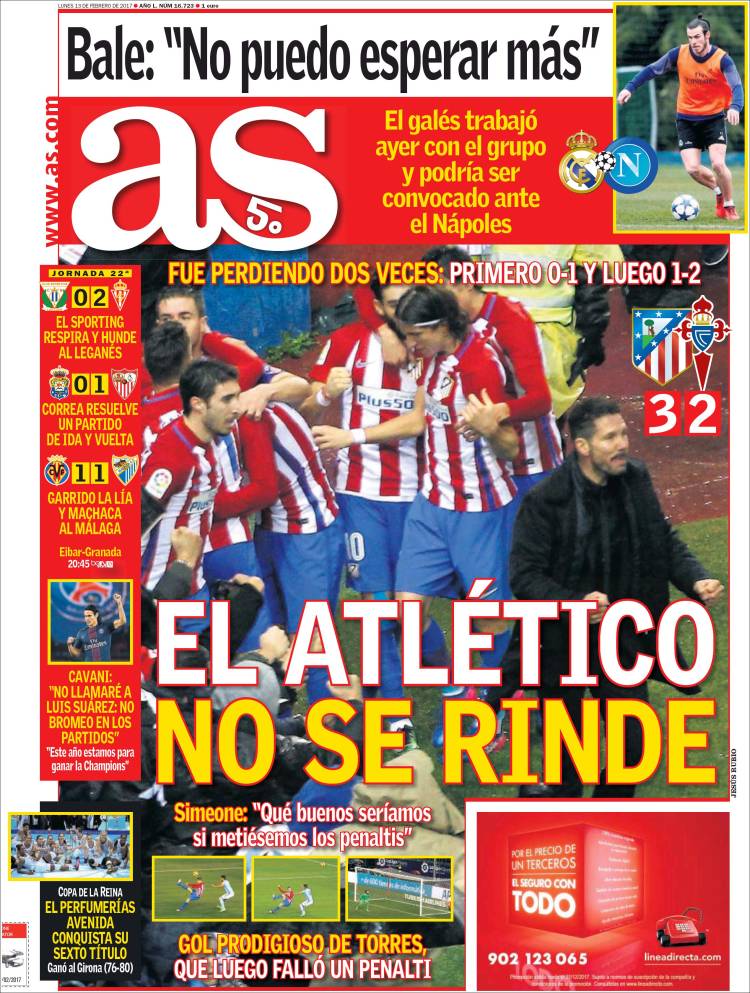 Atletico don't give up

Los Rojiblancos comeback twice, from 0-1 and 1-2 down

Simeone: We'd be very good if we could score penalties

Prodigal goal by Torres...before he later missed a penalty

Bale: I can't wait to be back - the Welshman trains with the main group and aims to be included v Napoli

Cavani: Don't call me Luis Suarez, I'm not kidding in these games - this year we want to win the UCL 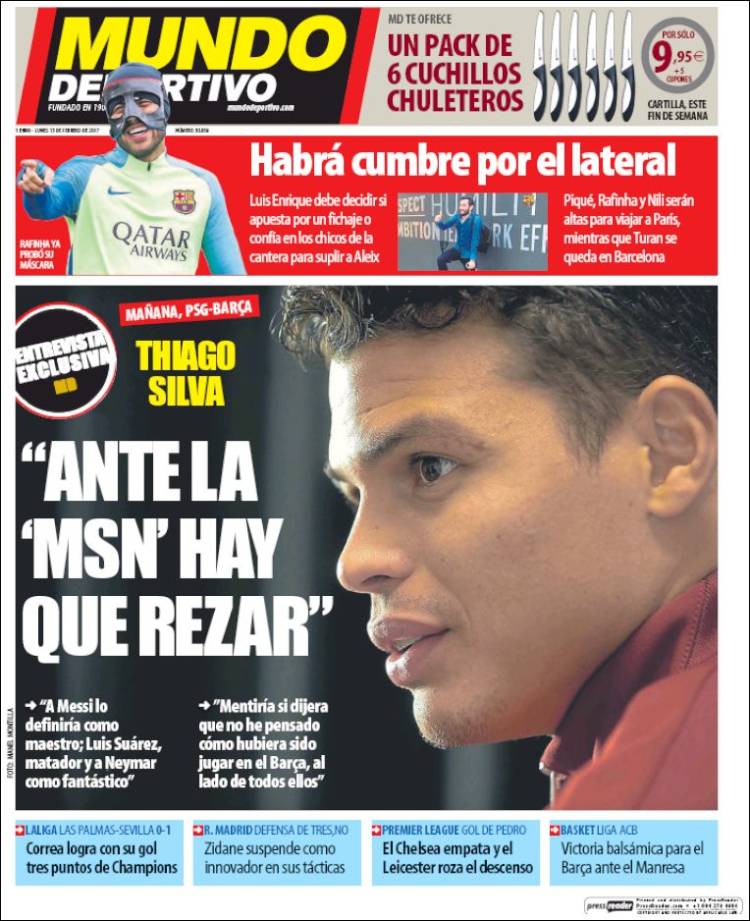 'Before playing the MSN, we must pray'

'Messi is the maestro, Suarez the matador and Neymar also fanastic', 'I'd be lying if I said I wouldn't play Barca, next to them all'

There will be a summit over right-back - Enrique must decide on a new signing, trusting youth players or continuing with Aleix; Pique Rafinha and Nili will be able to travel to Paris, meanwhile Arda Turan will stay in Barcelona

Correa achieves the goal of 3 points for Sevilla

Zidane stops being an innovator with his tactics