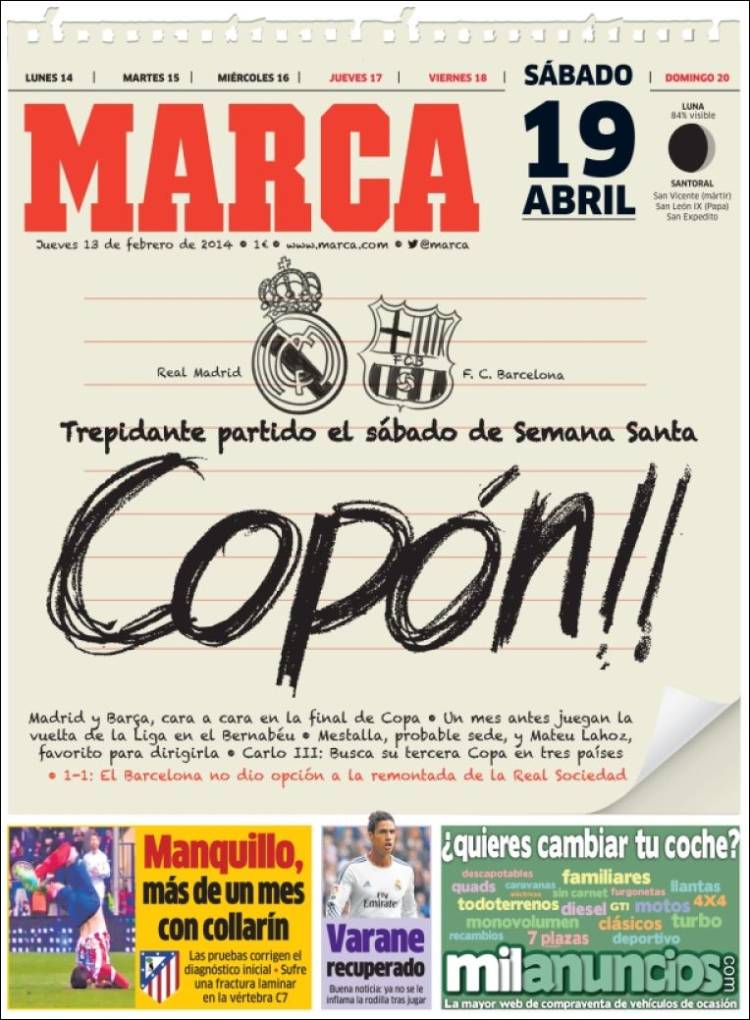 An intense game awaits on the Saturday of Semana Santa

Madrid and Barca, face to face in the final of the Copa

Mestalla, likely to host the final, and Mateu Lahoz the favourite to referee

Carlo III: Looks for this third Cup in three countries

Manquillo, out for a month with a neck brace

He has suffered a fracture to the C7 vertebrae

Great news: No pain in his knee after playing 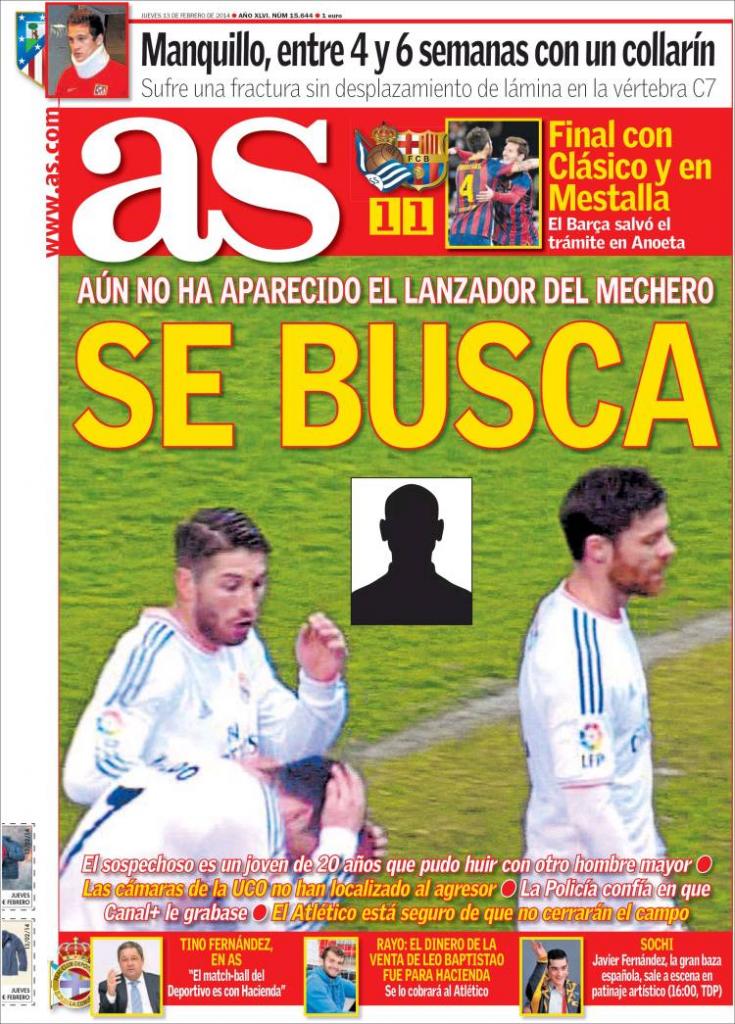 He still has not appeared the man who threw the lighter

The cameras have not been able to pinpoint him

Atletico is sure that their field will not be closed

Tino Fernandez at AS

"The match-ball for Deportivo is with the tax authorities"

Rayo: The money received for the sale of Leo Baptistao went to the tax office

Clasico final at the Mestalla

Barca negotiate the Anoeta to make the final

Manquillo out for 4-6 weeks with a neckbrace

He suffers a fracture without dislocated the C7 vertebrae 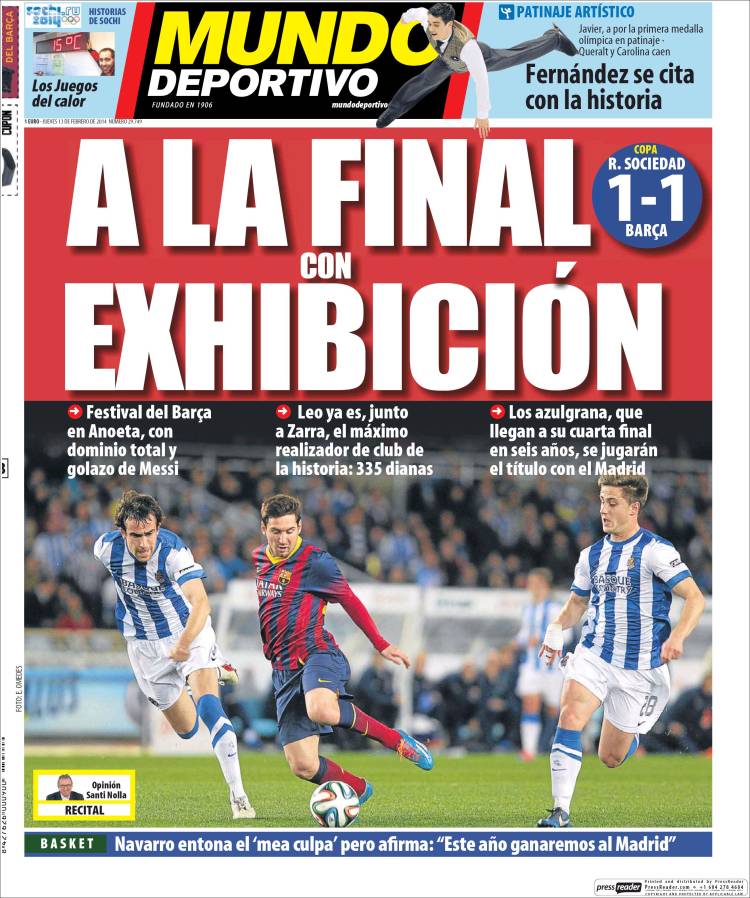 To the final with an exhibition

Leo already is, together with Zarra, the top scorer in the clubs history with 335

Los Azulgranas make their fourth final in six years, will play Madrid for the title

Navarro atones for his error and affirms: "This year we will beat Madrid"