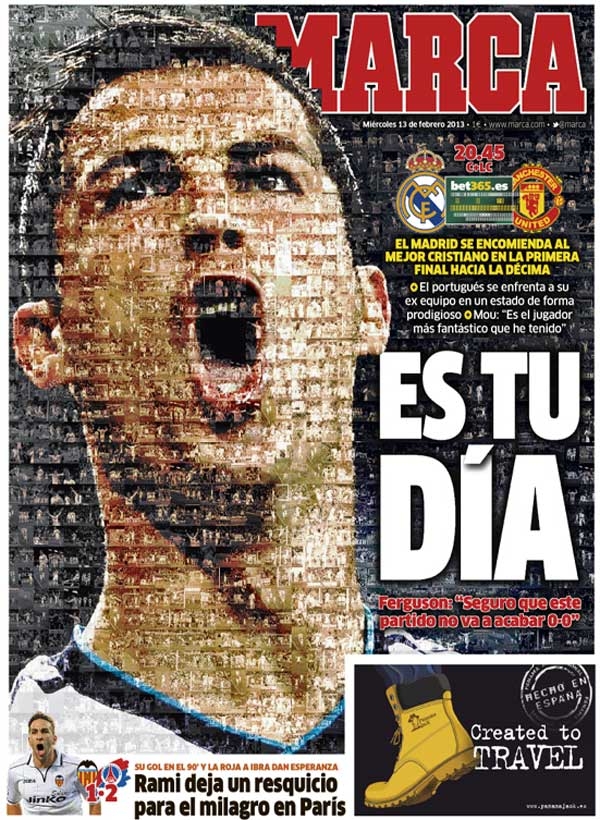 It is your day (Ronaldo)

Madrid require the best of Cristiano in the first finals match  to win La Decima
The Portuguese will face his old team in prodigiously good form
Mou: "He is the most fantastic player I have had"
Ferguson: "I am sure that it will not end 0-0"
Valencia 1-2 PSG: A goal in the final minute and the red card to Ibra gives them (Valencia) hope
Rami gives a hope for a miracle in Paris 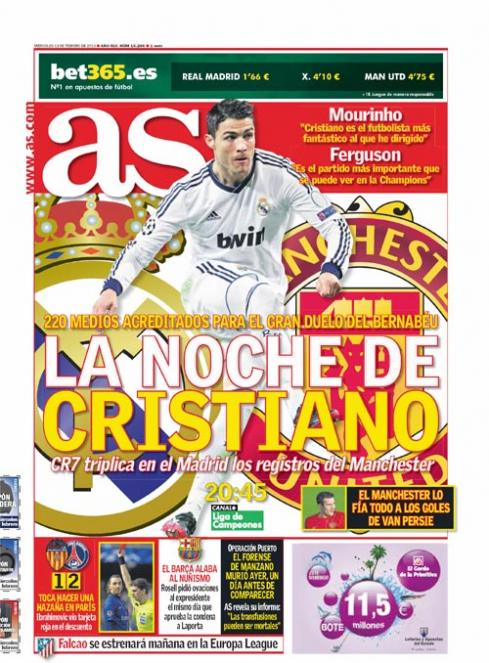 The night of Cristiano

CR7 has tripled his goal scoring rate since Manchester
220 media persons given accreditation for the great duel at the Bernabeu
Mourinho: "Cristiano is the most fantastic player I have ever coached"
Ferguson: "The games do not get any bigger than this in the Champions League"
Manchester have trust in Van Persie for goals
Valencia 1-2 PSG: The makings for a great return in Paris
Ibrahimovic sees red in injury time
Barca praises Nunez
Rosell asked for the praise of the ex-president on the same day that Laporta´s sentence was approved
Operation Puerto: The forensic of Manzano died yesterday a day before he was due to appear
AS reveals: "the transfusions could be mortal"
Falcao to star tomorrow in the Europa League 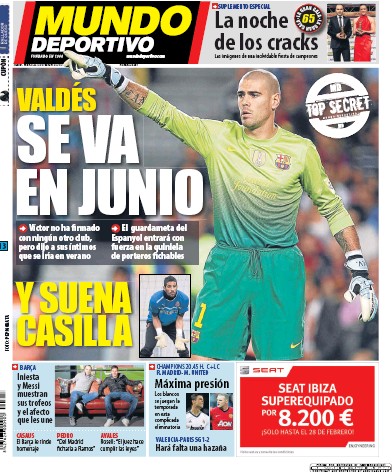 Valdes to leave in June

Victor has not signed with another club, but said to those close to him that he would leave in summer
The goalkeeper of Espanyol to enter into the category of possible replacements
The night of stars
The images of an unforgettable show of champions
Iniesta and Messi show their trophies that unite them
Casaus: Barca pays tribute
Pedro: "From Madrid I would sign Ramos"
Avales, Rosell: "The judge enforces the law"
Maximum pressure
Real Madrid - Man United: Los Blancos playing for their season in a complicated knockout against Manchester
Valencia 1-2 PSG: They will need a big effort now