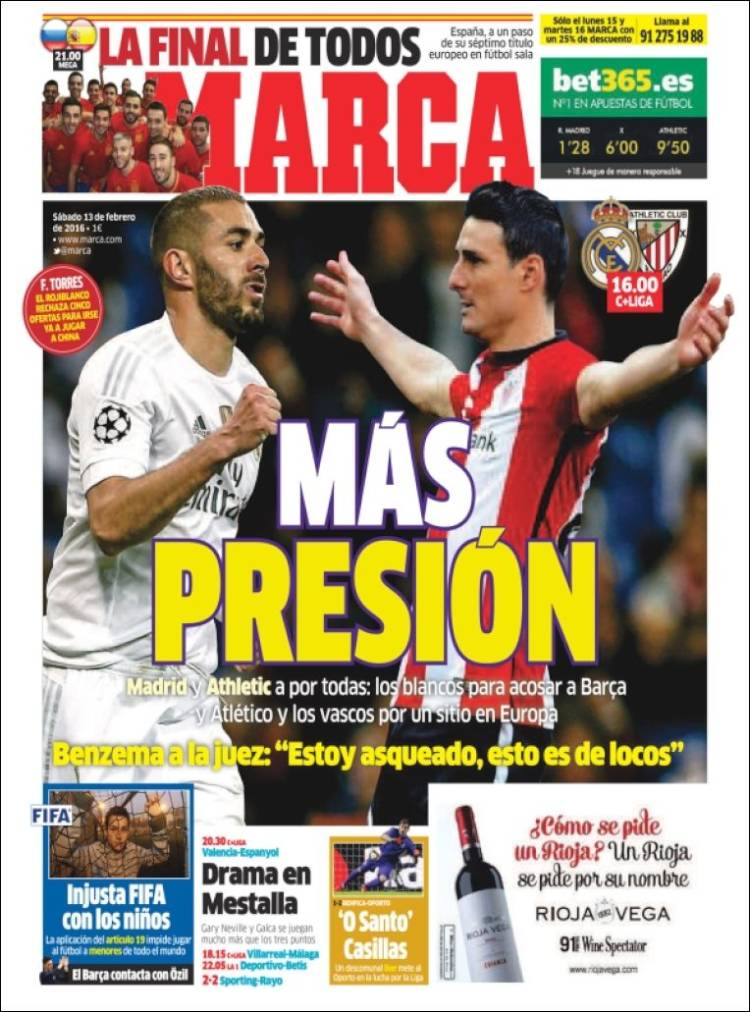 Madrid and Athletic go all out: Los Blancos want to prey on Barca and Atletico, while the Basques go for a place in Europe

Benzema to the judge: “I am disgusted, this is crazy”

The Rojiblanco rejected five offers to play in China 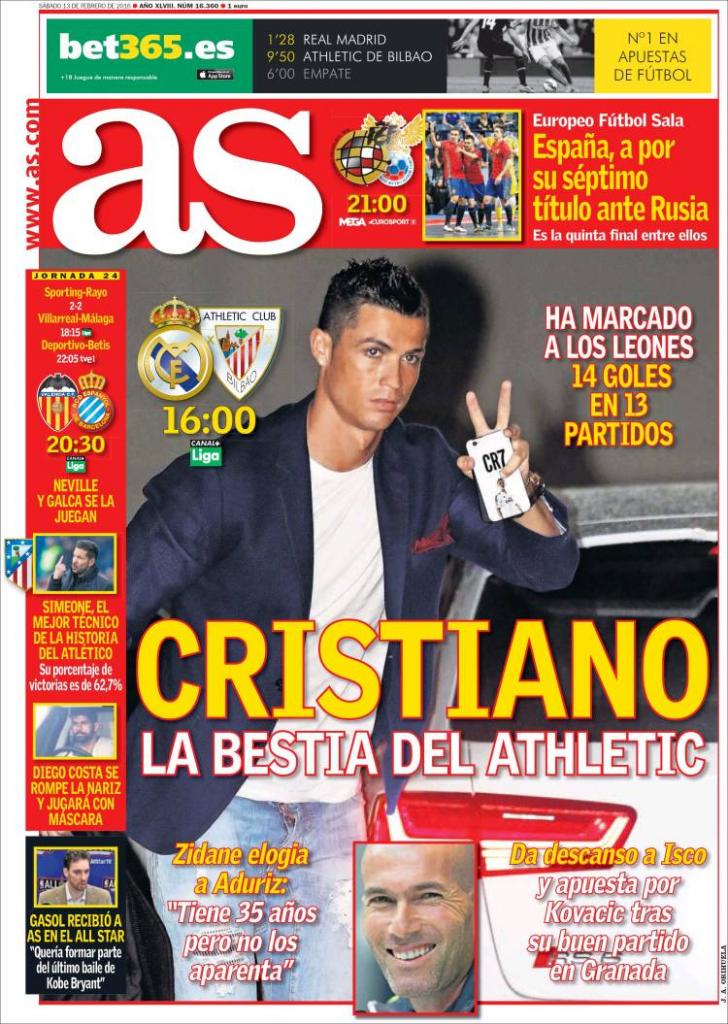 Cristiano, the beast of Athletic

He has scored 14 goals in 13 games against Los Leones

Zidane praises Aduriz: “He’s 35 but doesn’t look like it”

Neville and Galca face off

His winning percentage is 62.7 percent

Diego Costa breaks his nose and will play with a mask 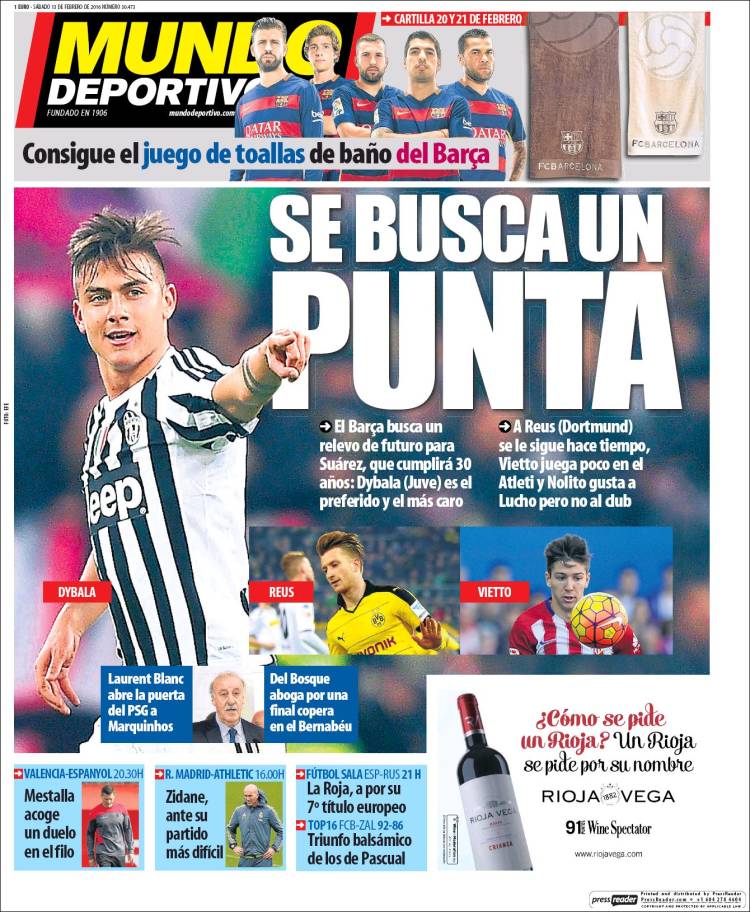 They seek a forward

Barca are looking to sign a respite for Suarez, who turns 30 this year

Dybala (Juve) is the preferred and most expensive option

Reus (Dortmund) has been followed for a long time, Vietto has played little for Atleti and Lucho likes Nolito, but the club do not

Mestalla hosts an encounter on a knife edge

Zidane prepares for his toughest match