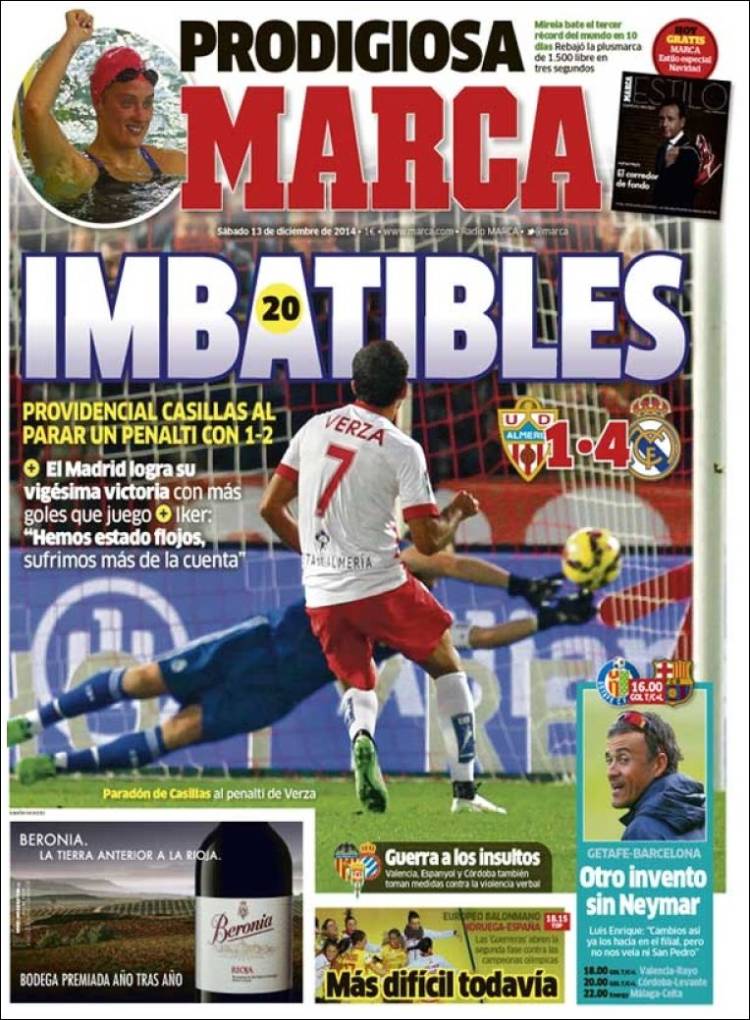 A heaven-sent Casillas stops a penalty at 1-2

Madrid achieve their 20th victory with more goals than play

Iker: “We were sluggish and suffered on that account”

Another invention without Neymar

Luis Enrique: “I already made changes like this with the reserve team but nobody noticed, not even Saint Peter” 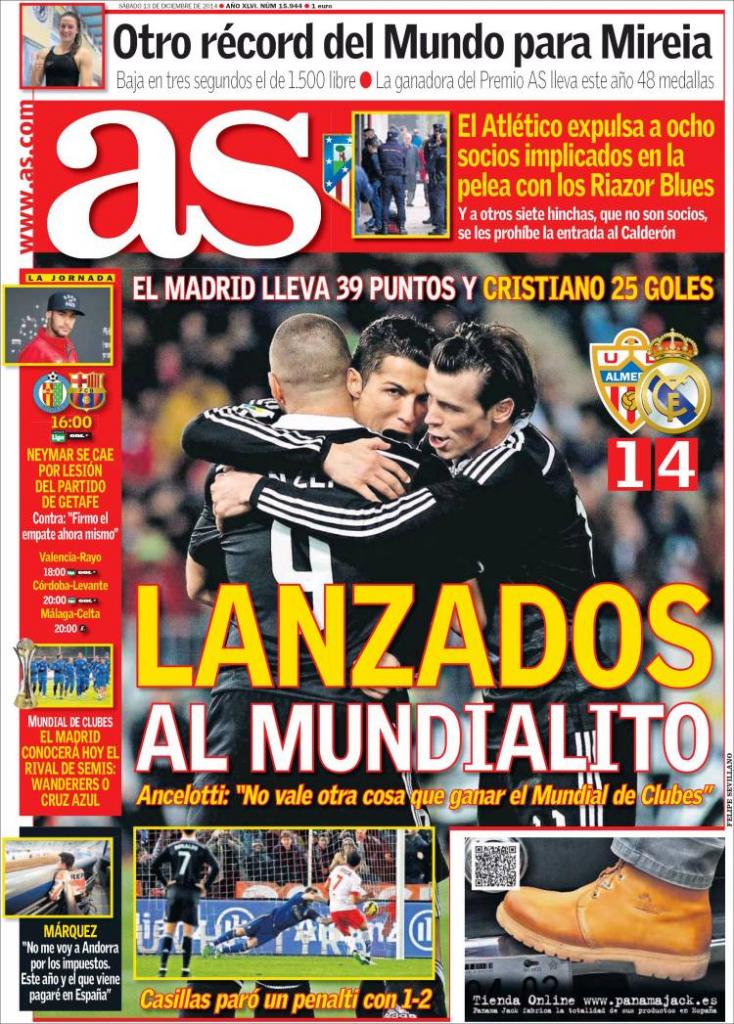 Launched towards the World Club Cup

Ancelotti: “Only winning the World Club Cup will be good enough”

Madrid have 39 points and Cristiano 25 goals

Another seven fans, who aren’t members, are banned from entering the Calderon

Casillas stopped a penalty at 1-2

Neymar out of the Getafe match through injury 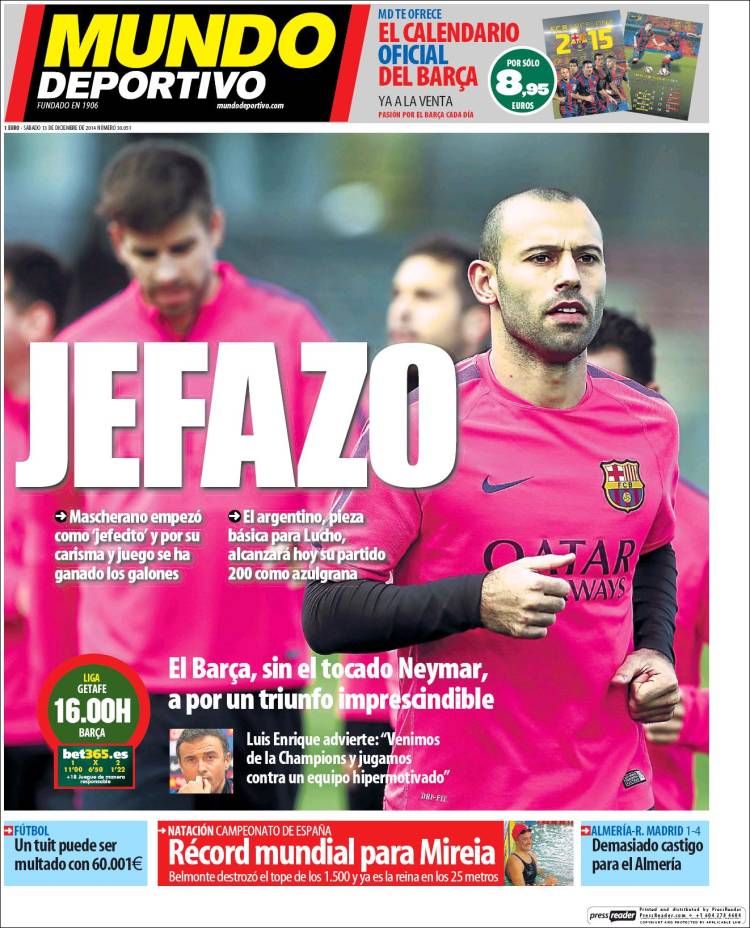 The Argentine, a key piece for Lucho, will today play his 200th match as a Blaugrana

Barca, without the injured Neymar, go for a much-needed victory

Luis Enrique warns: “We are coming from playing in the Champions League and will be up against a highly-motivated team”

Too much punishment for Almeria