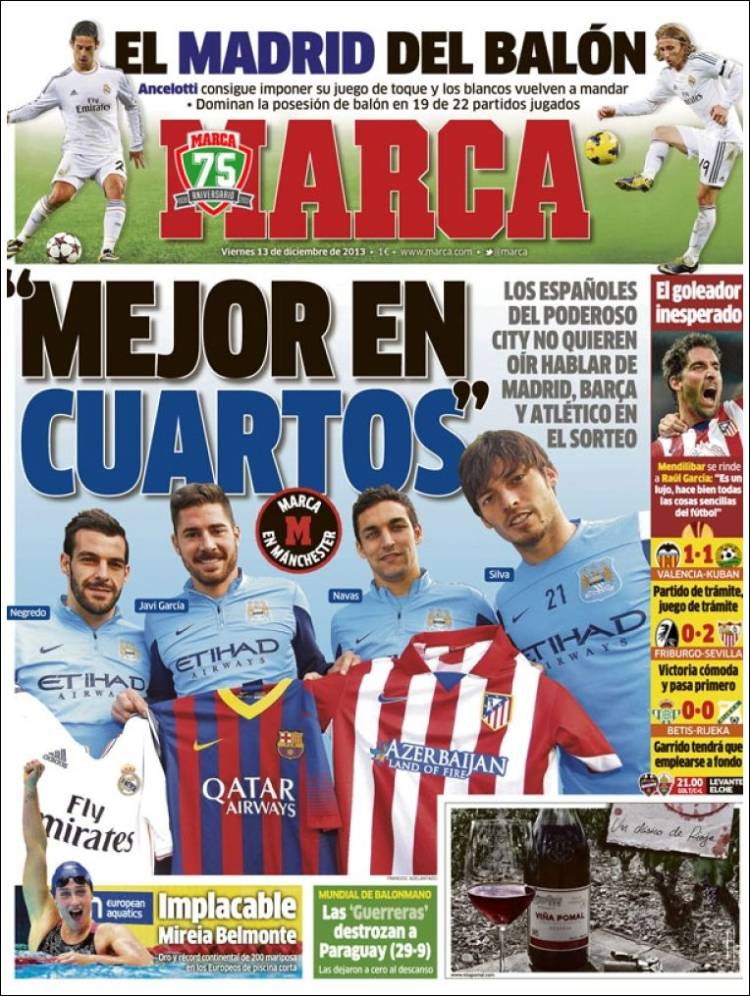 "Better in the quarter finals," the Spanish contingent at the powerful City do not want hear or talk of Madrid, Barca or Atletico in the draw for the knock-out round.

They have dominated possession now in 19 of their 22 games

An unexpected goalscorer: Mendilibar praises Raul Garcia, "He is a luxury, does all the simple things well"

Valencia 1-1 Rubin: A formality of a game and it showed

Betis 0-0 Rijeka: Garrido will have to do more 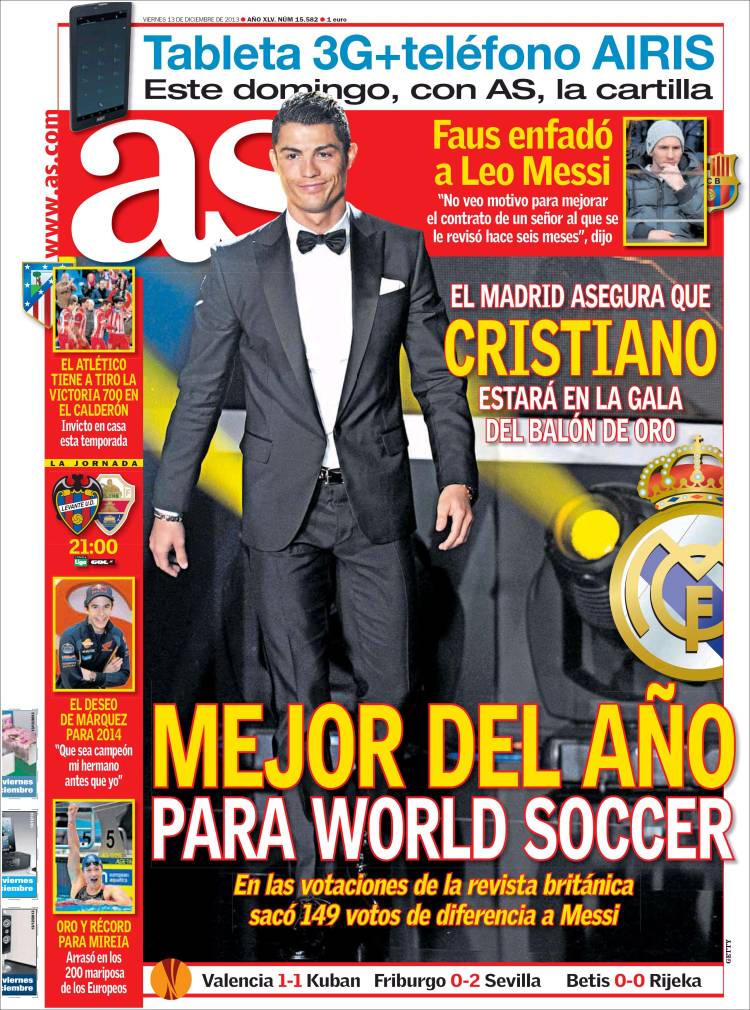 The Best in the World according to World Soccer

In the voting by the British magazine, the Portuguese won 149 votes more than Lionel Mesi

Faus is angry with Leo Messi

Atletico could win their 700th game at home this weekend

Marquez's desire for 2014, "For my brother to by champion instead of me"

Gold and a record for Mireia in the 200m butterfly 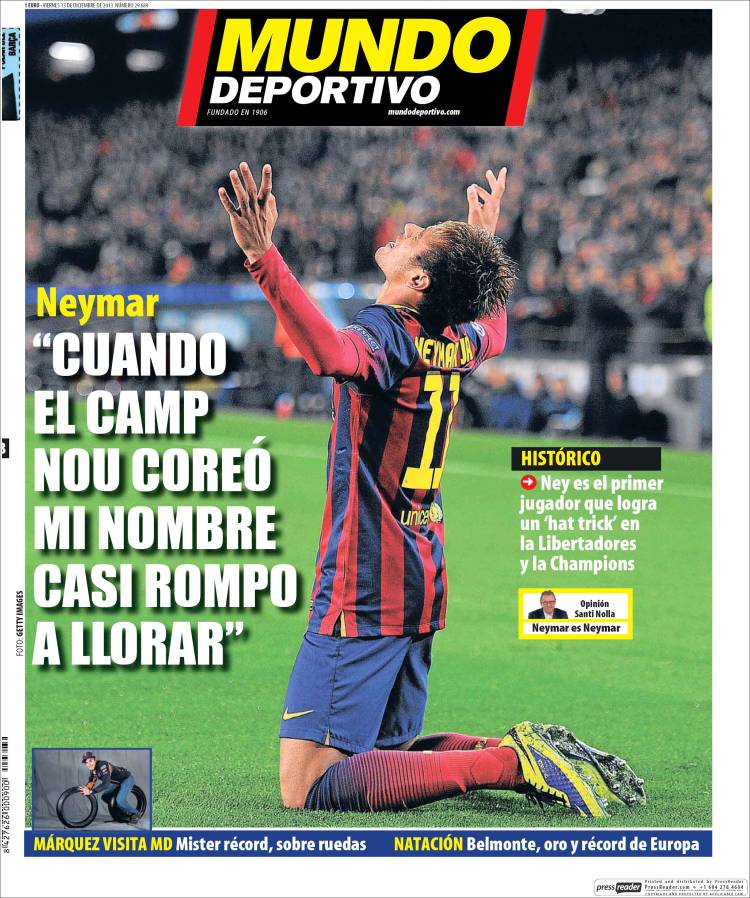 Neymar: "When the Camp Nou sings my name I am almost brought to tears"

Belmonte, gold and a record in Europe

Marquez interview where he talks about his records and tyres