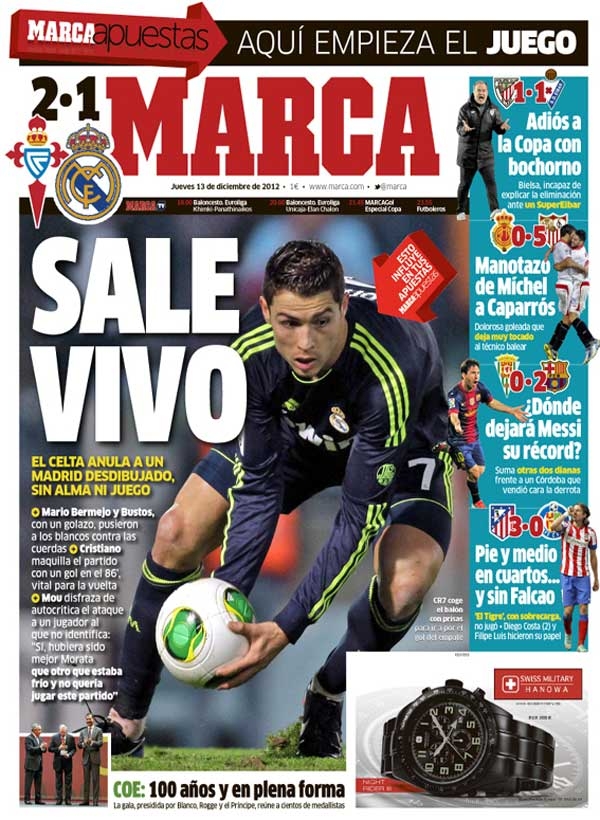 Celta overcome a Real without soul or game

Mario Bermejo and Bustos, with a wondergoal, put Real up against the ropes

Mou avoids self-criticism by attacking a player that he refused to name: Yes, it would have been better to play Morata rather than another player that was cold and who did not want to play

Bielsa, incapable of explaining his side’s elimination against SuperEibar

Mallorca 0-5 Sevilla: A slap in the face from Michel to Caparros

Cordoba 0-2 Barcelona: Where will Messi stop with his record?

Atletico 3-0 Getafe: One foot and a half in the quarters…without Falcao

The Tiger did not play; Diego Costa with two goals and Filipe Luis play Falcao’s role 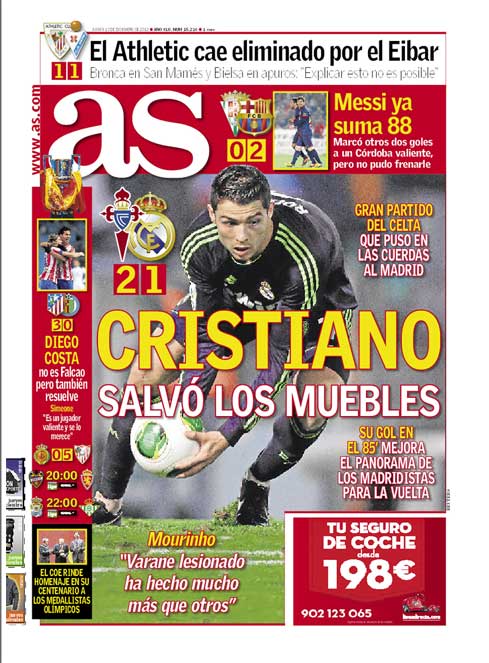 A great game by Celta who had Real by the ropes

Cordoba 0-2 Barcelona: Messi gets his 88, scores another two goals against a valiant Cordoba side, but, they could not stop him

Atletico 3-0 Getafe: Diego Costa is not Falcao but he did settle the matter

Simeone: Diego Costa is a brave player, and he a worthy one

Mourinho: Varane was injured and still gave more than others who were not

A scrap at San Mames and Bielsa in distress: I cannot explain this loss 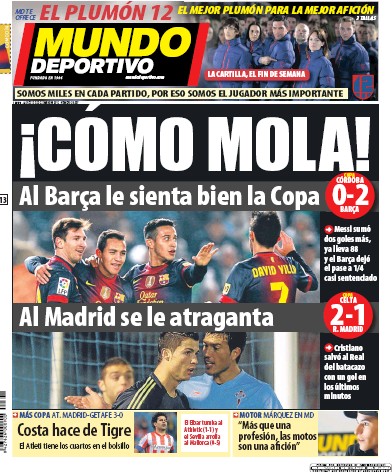 Cordoba 0-2 Barca; How cool, Barca in a good position in the Cup

Messi gets two more goals, already has 88 and Barca look set to advance

Costa does a Tiger; Atletico have a place in the quarters in their pocket

Motorcycling, Marquez: More than profession, motorcycling is a passion