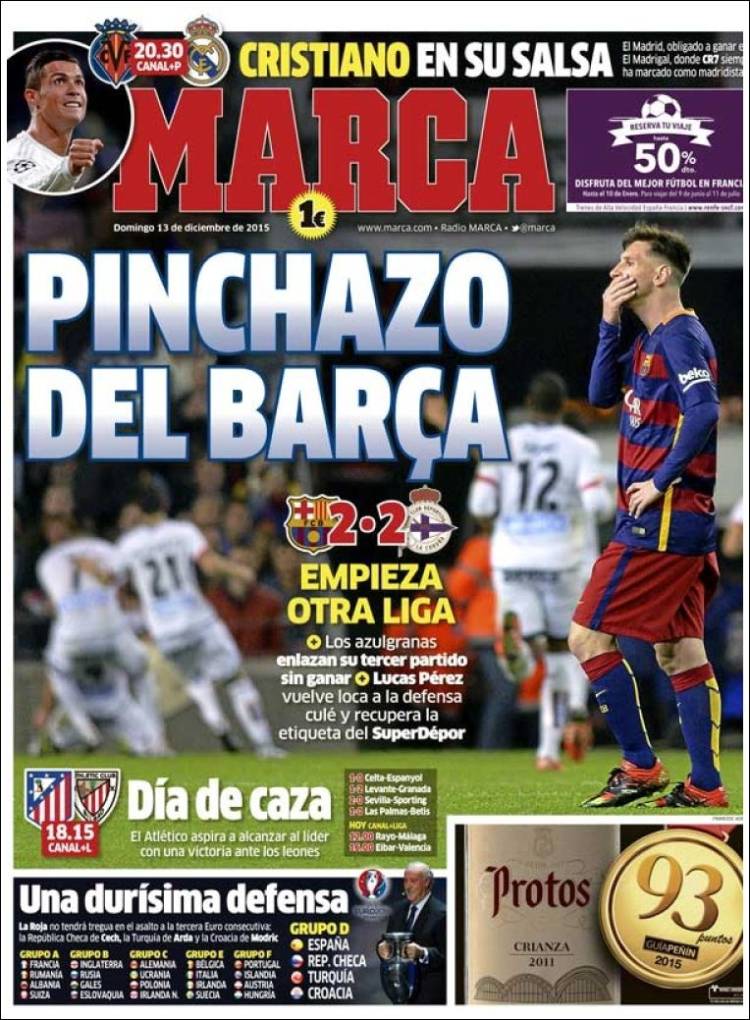 The Catalans go three games without a win

Atletico hope to catch the leaders with victory over Los Leones

Ronaldo in his element

Madrid need to win at El Madrigal, where CR7 has always scored 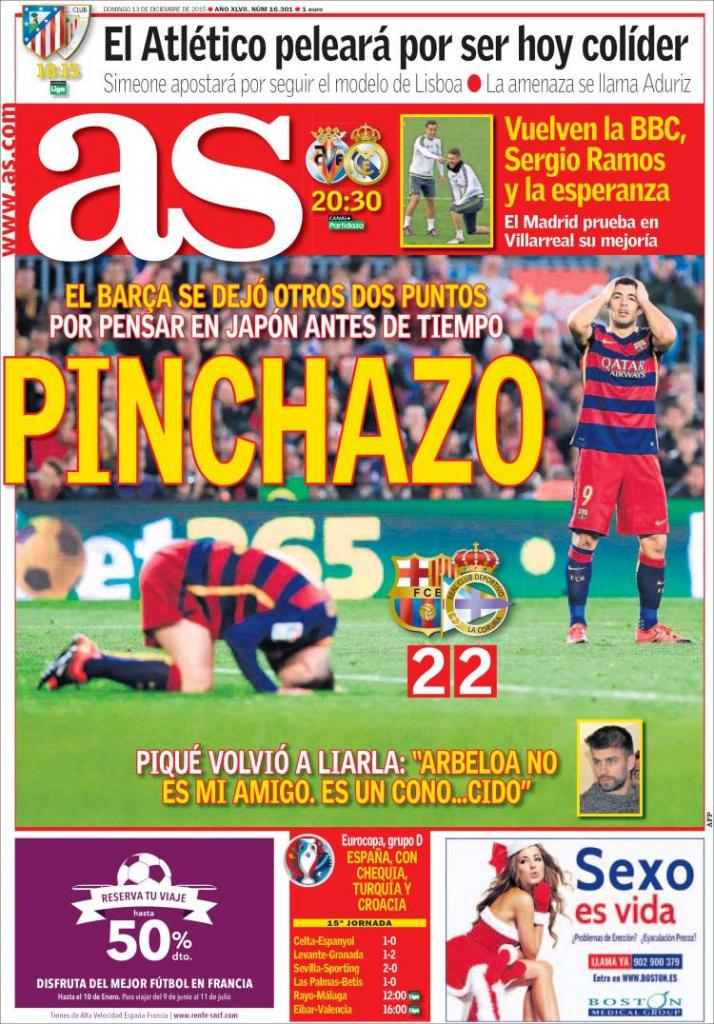 Barca drop two points for thinking about Japan too early

Pique returned to messing around: “Arbeloa is not my friend... he is a ‘cono... cido’ [play-on-words with conocido/acquaintance and a derogatory term]”

Return of the BBC, Sergio Ramos and hope

Madrid measure their improvement against Villarreal

Atletico will fight for joint-leadership today

Simeone bets on another performance like the one in Lisbon

Their threat is named Aduriz 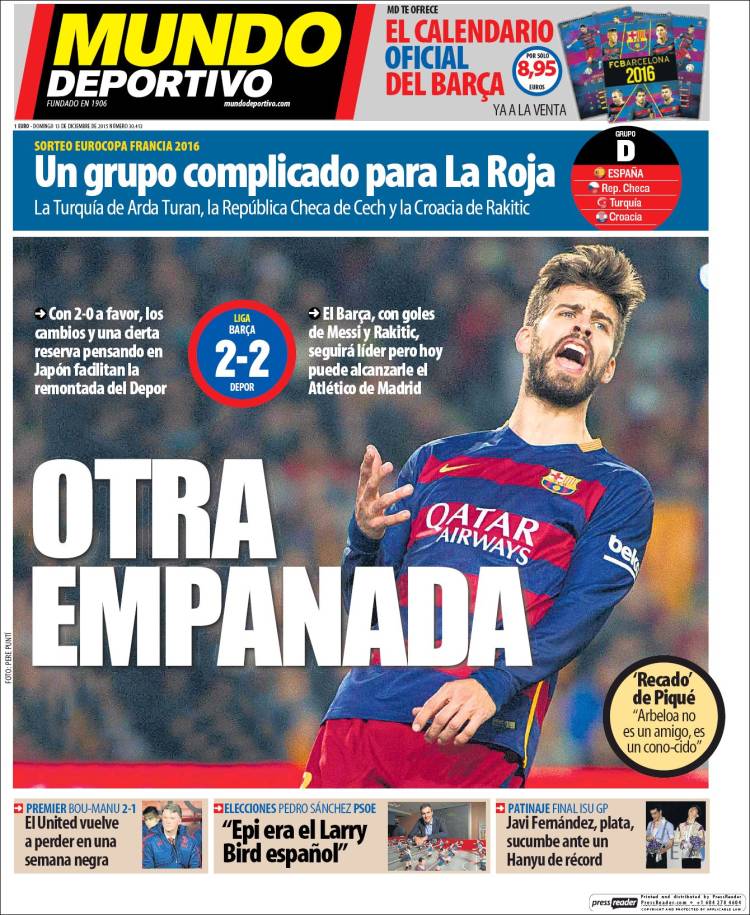 Despite being 2-0 up, the changes and some caution in light of Japan, facilitate Depor’s comeback

Barca, with goals from Messi and Rakitic, could be overtaken by Atletico Madrid today

“Arbeloa is not a friend but a cono-cido”

A tough group for La Roja