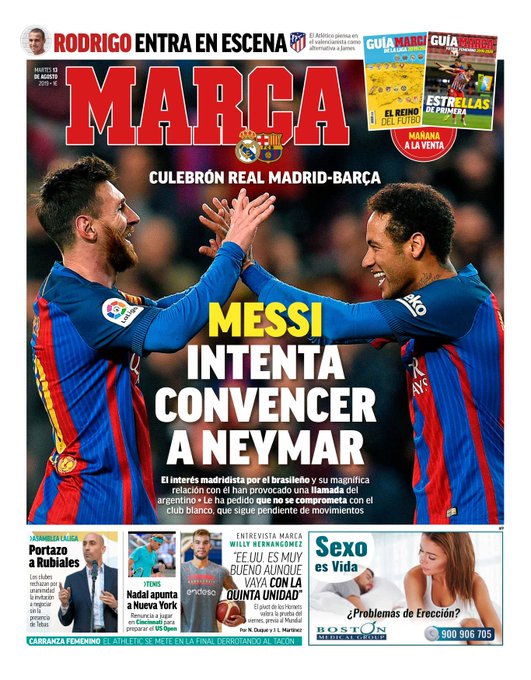 Soap opera between Madrid and Barcelona

Rodrigo enters the scene for Atleti 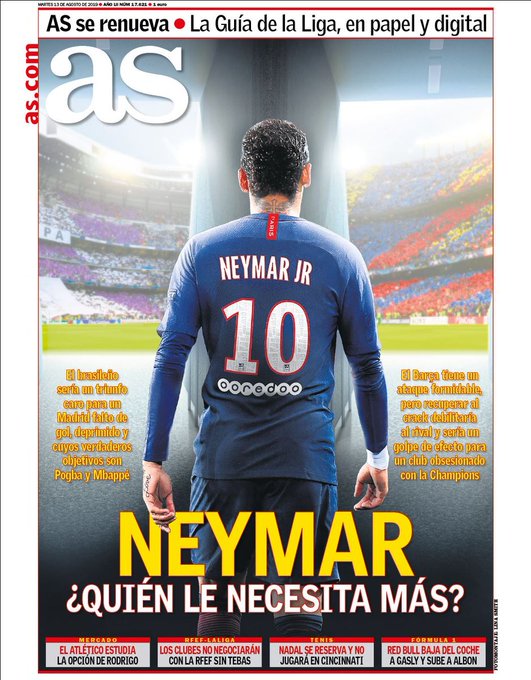 Neymar - who needs you more?

Madrid's true objectives are Pogba and Mbappe, Barca have a formidable attack but don't want to see him join a rival club and are obsessed by the UCL

Atleti study the possibility of Rodrigo 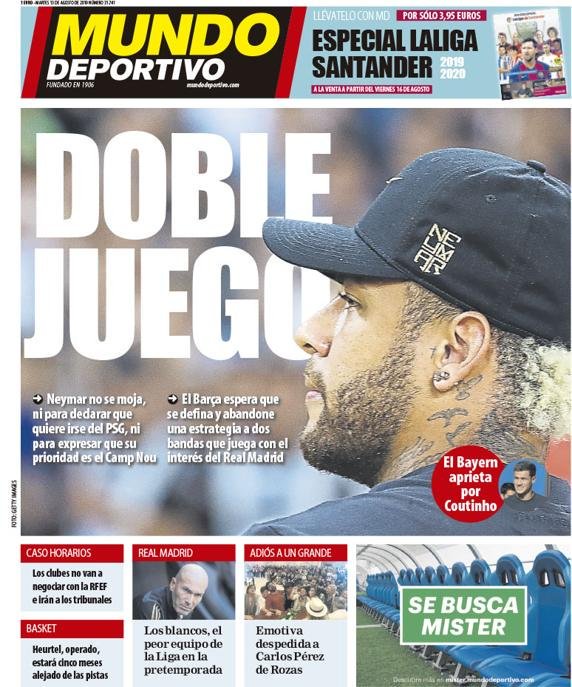 Neymar still not definitive on leaving PSG or joining Barcelona, drawn into a game with Real Madrid