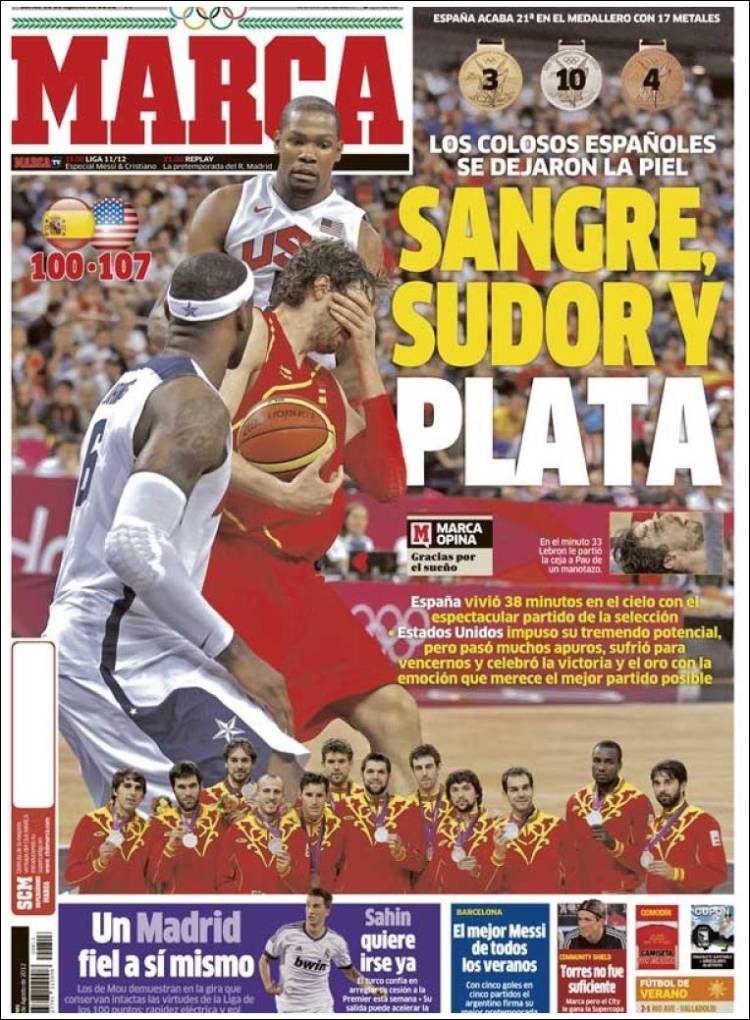 A Madrid loyal to themselves

Sahin wants to leave now: the Turk hopes a loan move to the Premier League can be sorted out this week

The best Messi of any summer: five goals in five games for the Argentine

Community Shield - Torres was not enough: he scores but City win the trophy 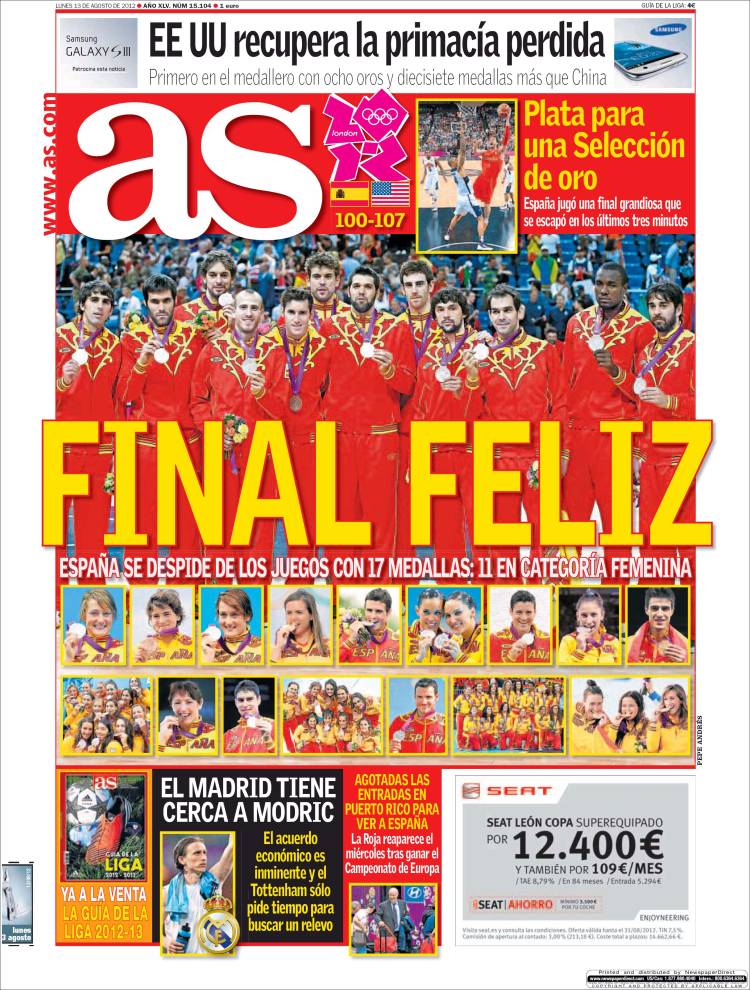 Madrid getting nearer to Modric

All tickets sold out in Puerto Rico to see Spain

La Roja reappear on Wednesday after the European Championship win 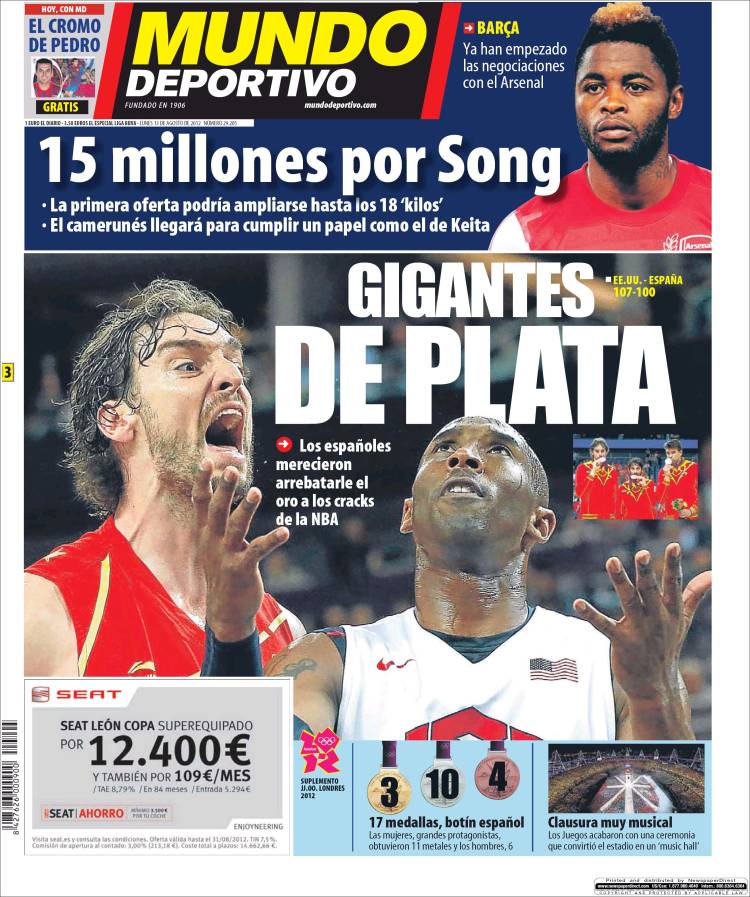 €15m for Song: negotiations with Arsenal have already started

The first offer could increase up to €18m

The Cameroon will play a similar role to that of Keita's