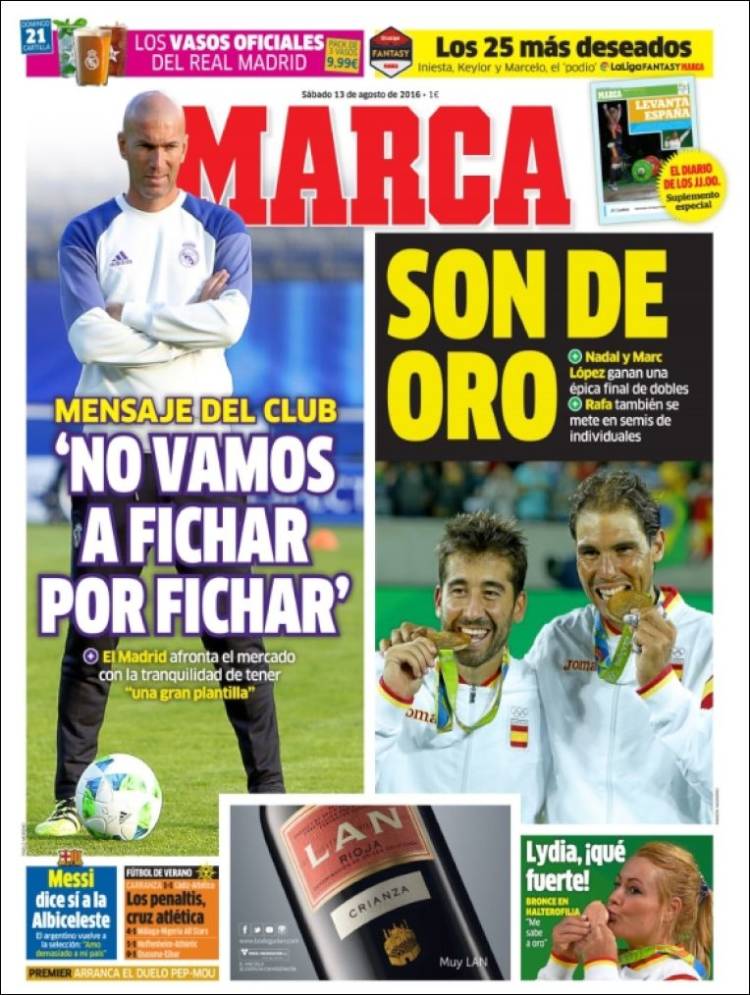 Message from the club

The Argentine returns to his national team: “I love my country too much” 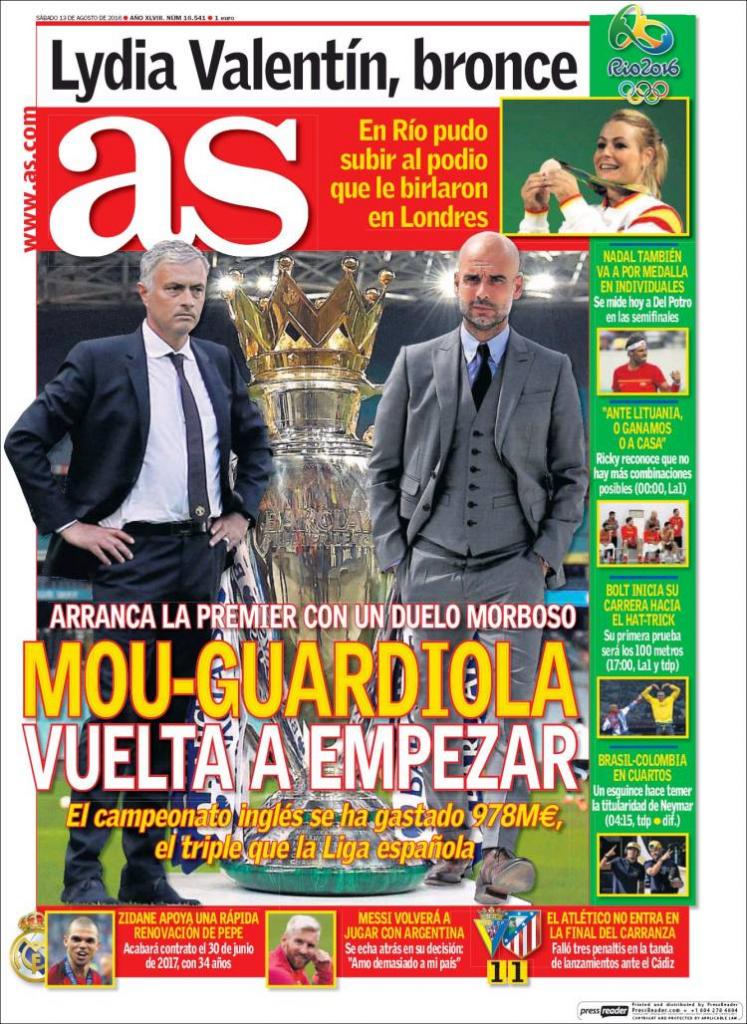 The Premier League kicks off with a morbid duel

The English League has spent €978m, triple that of the Spanish League

Messi returns to play for Argentina

He backs down on his decision: “I love my country too much”

They missed three penalties in their penalty shootout against Cadiz 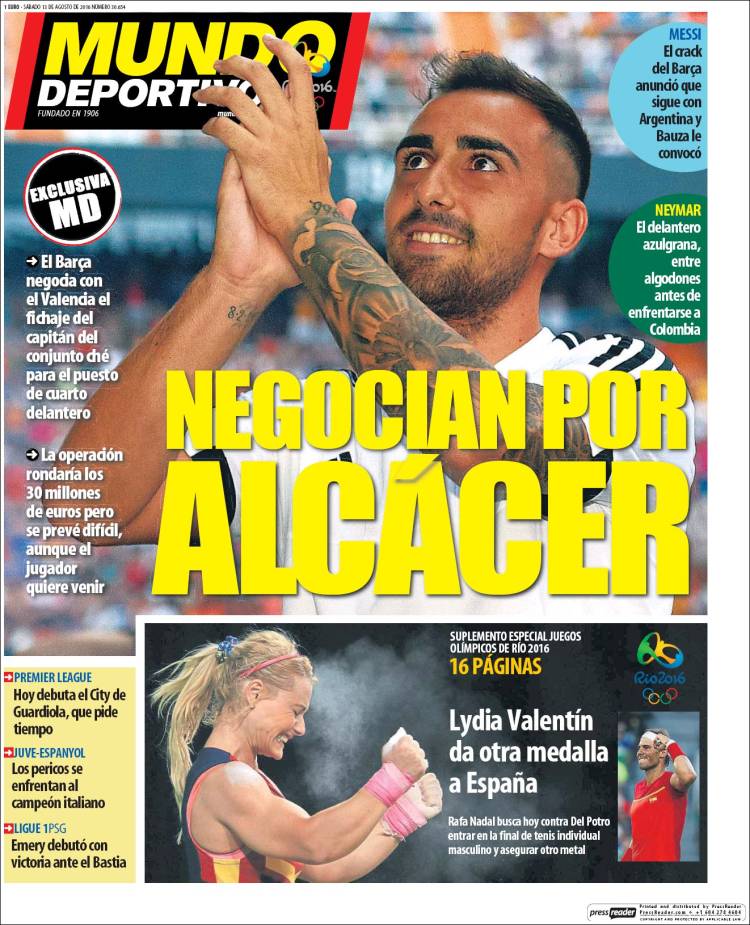 They negotiate for Alcacer

Barca negotiate with Valencia for signing of their captain, who is set for the position of fourth attacker

The deal would be worth around €30m but is expected to be difficult, even though the player wants to join

Today marks the debut of City under Guardiola, who asks for time

Emery debuts with victory over Bastia