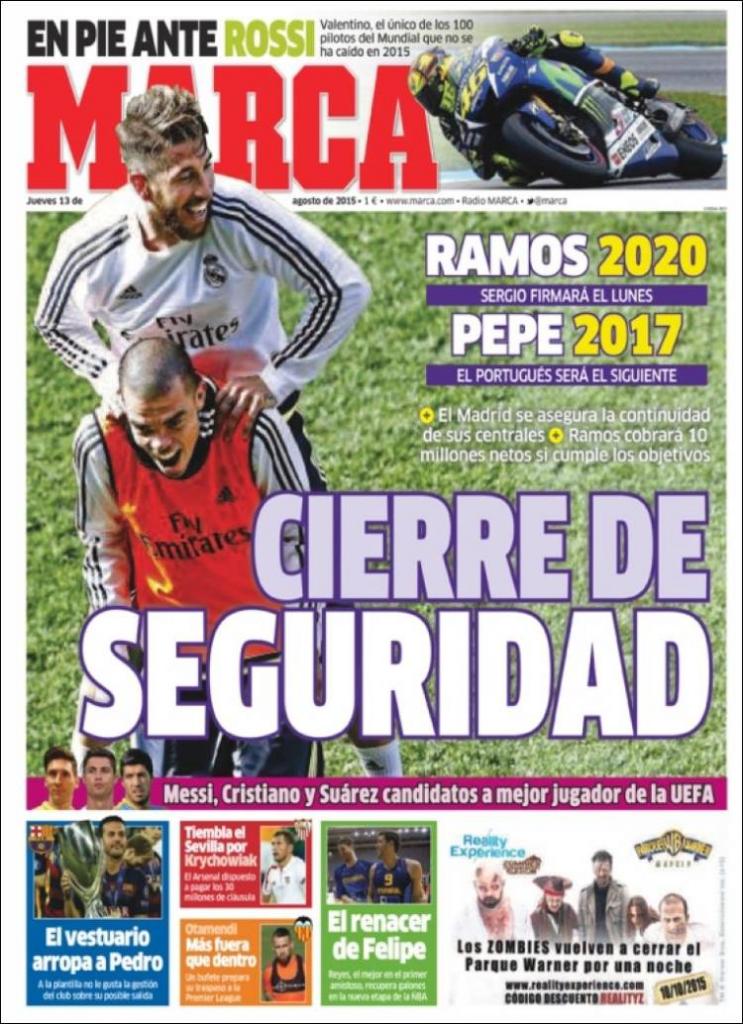 Madrid ensures continuity of their centre-backs

Ramos will earn €10m net, subject to conditions being met

Messi, Ronaldo and Suarez the candidates for UEFA Best Player in Europe Award

The dressing room rallies around Pedro

Sevilla in fear over Krychowiak

Otamendi, more out than in

A law firm are preparing his move to the Premier League 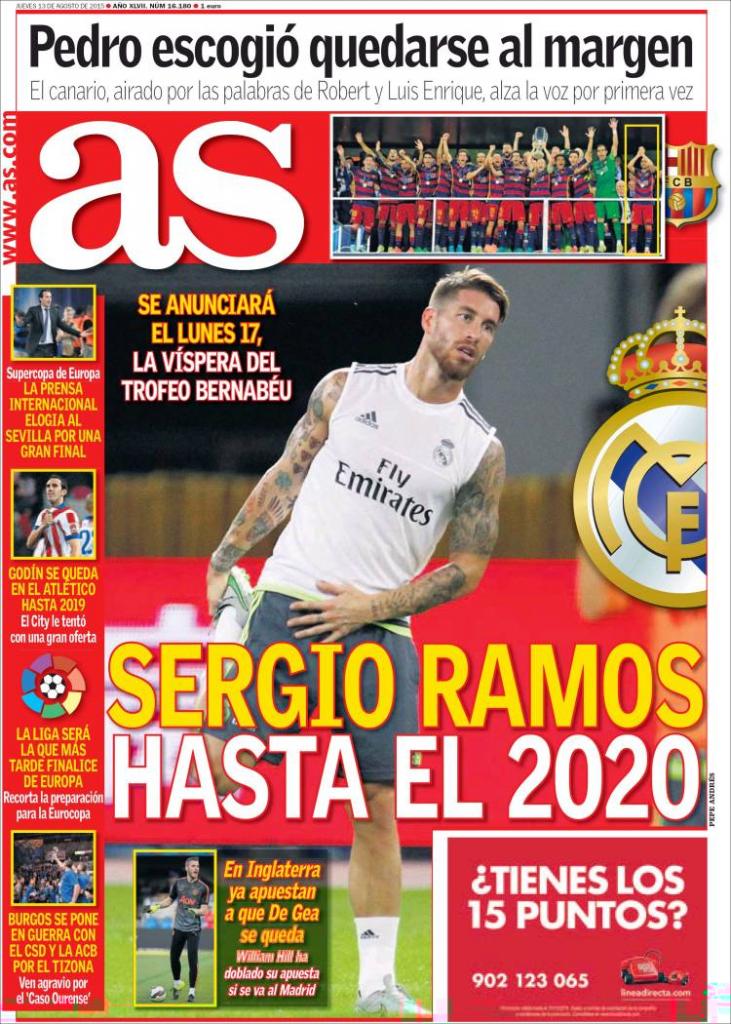 It will be announced on Monday, the day before the Bernabeu Trophy

William Hill have doubled their odds on him joining Madrid

The Canarian, angry with the words of Robert and Luis Enrique, speaks out for the first time

Godin stays at Atletico until 2019

City tempted him with a huge offer

La Liga will be the last to finish in Europe

Preparation for Euro 2016 will be cut 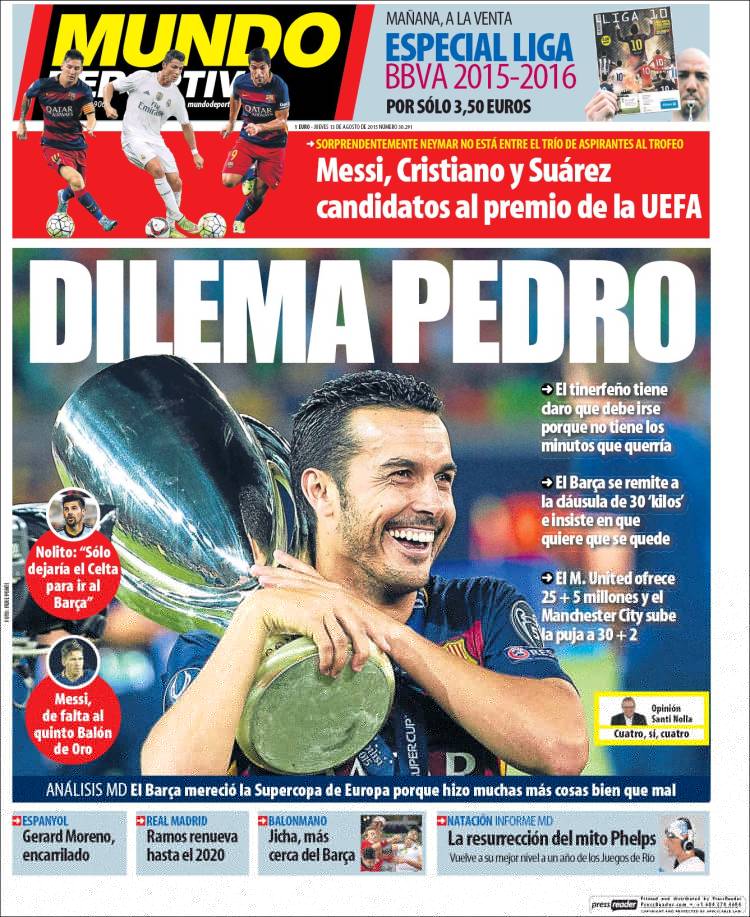 Neymar surprisingly not among the trio of contenders for the accolade