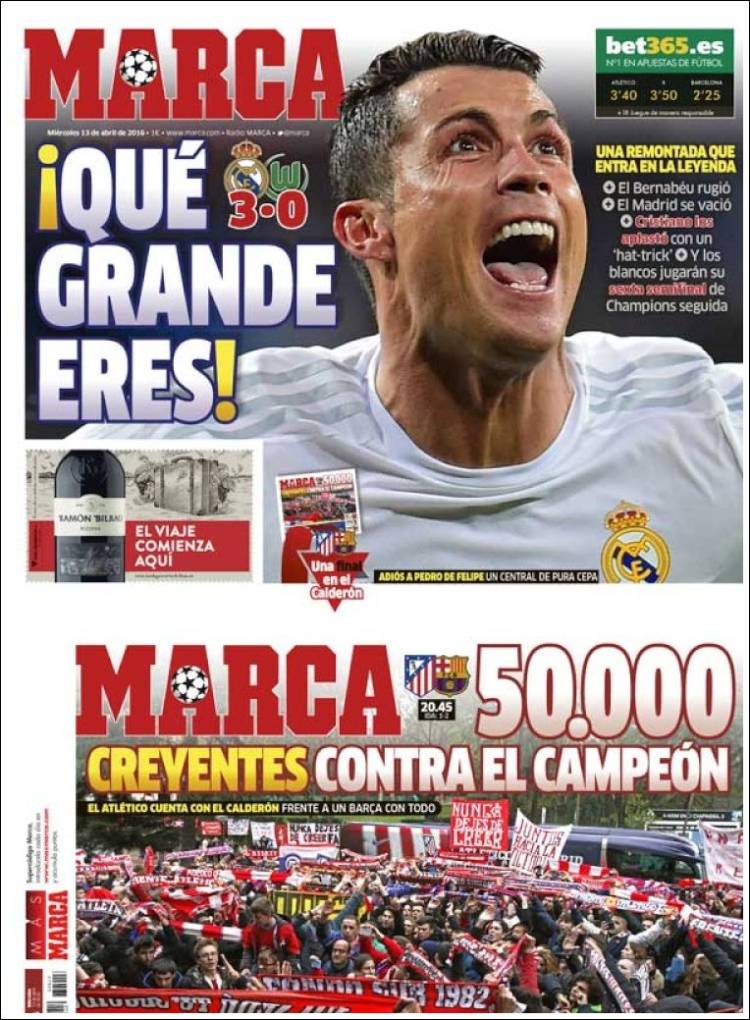 How great you are!

A comeback that enters legend

Cristiano crushed with a hat-trick

A defender of pure stock

50,000 believers against the champions

Atletico count on the Calderon against a Barca with everything 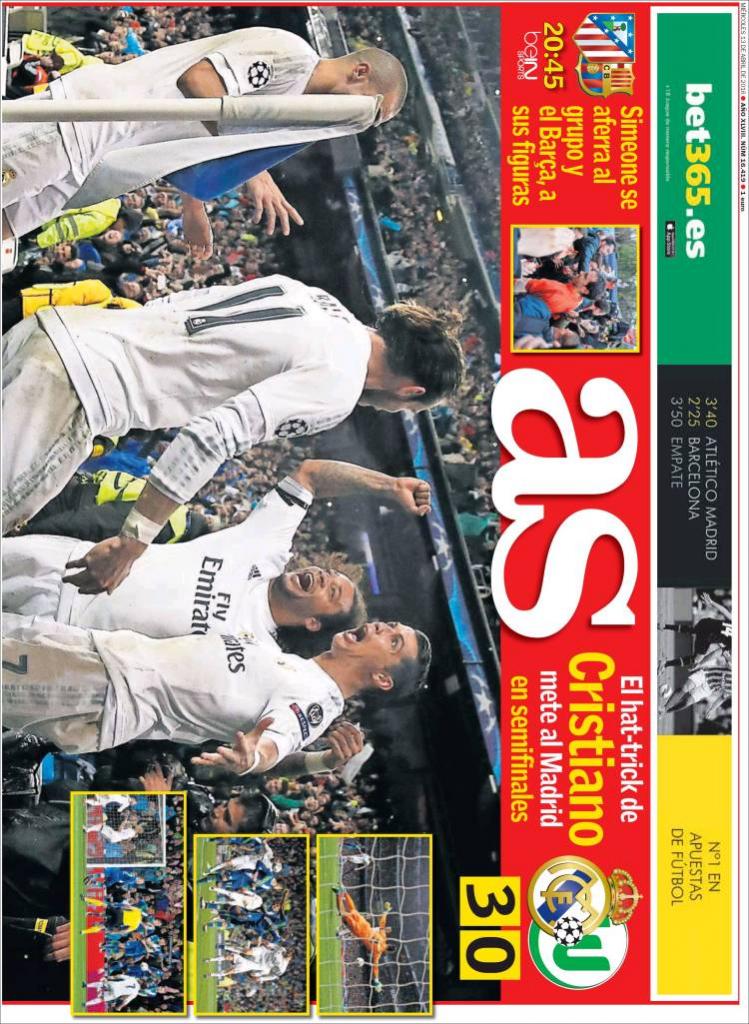 Simeone sticks to his group and Barca, to their figures 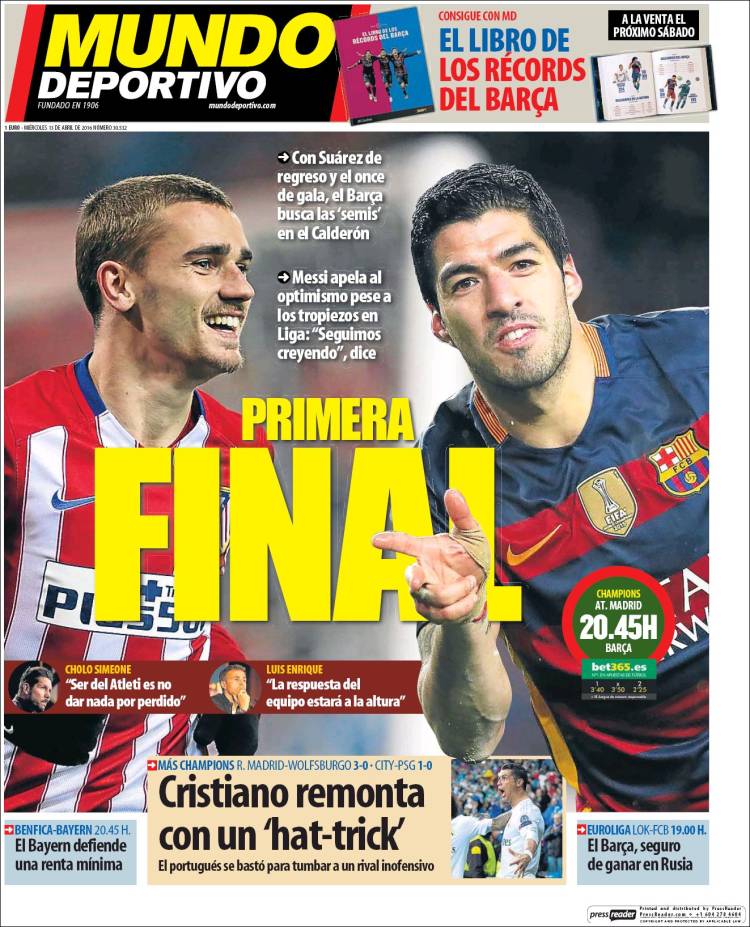 With Suarez’s return and the gala XI, Barca looks for the semis in the Calderon

Messi appeals for optimism despite the setbacks in La Liga: We continue to believe, he said

“Being Atleti is not taking anything to order”

“The response of the team will be at the height”

Cristiano comes back with a hat-trick

The Portuguese with enough to knock out a harmless rival