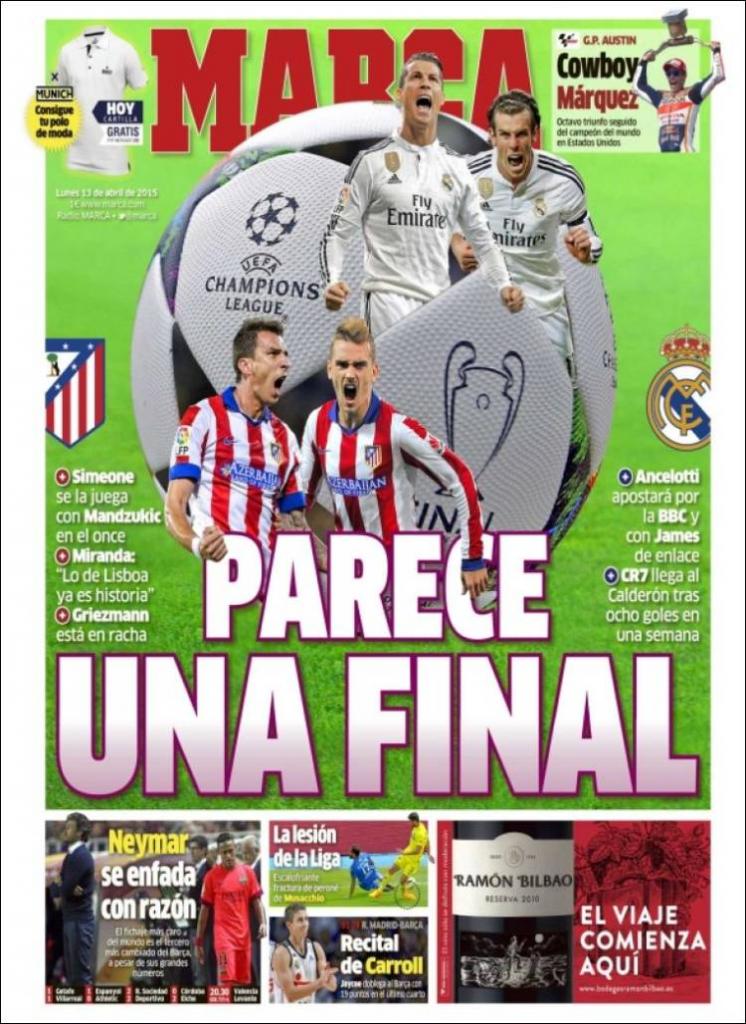 Simeone plays with Mandzukic in the starting line-up

Miranda: “What happened in Lisbon is now history”

Ancelotti banks on the BBC with James as the focal point

CR7 arrives at the Calderon after eight goals in one week

Neymar is right to be angry: the costliest signing in the world is Barca’s third change despite his stats 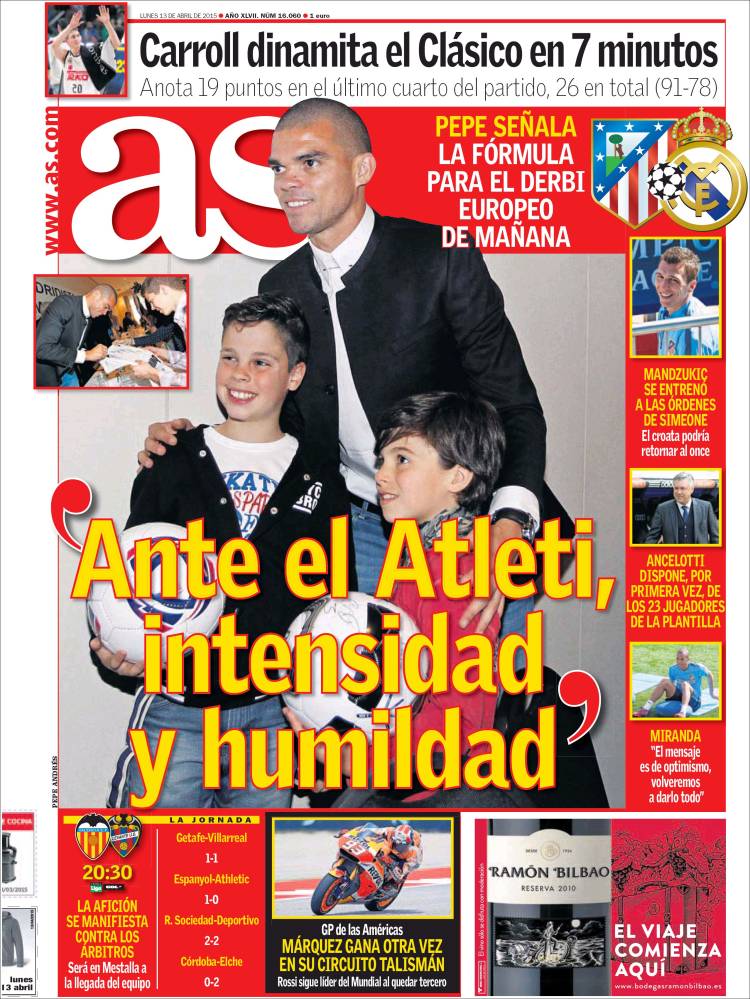 “Against Atleti, intensity and humility”

Pepe points out the formula for tomorrow’s European derby

Mandzukic trains under Simeone’s order; the Croatian could return to the starting line-up

Miranda: “The message is optimism and we’ll be giving everything”

The fans rage against referees: the team will be at Mestalla 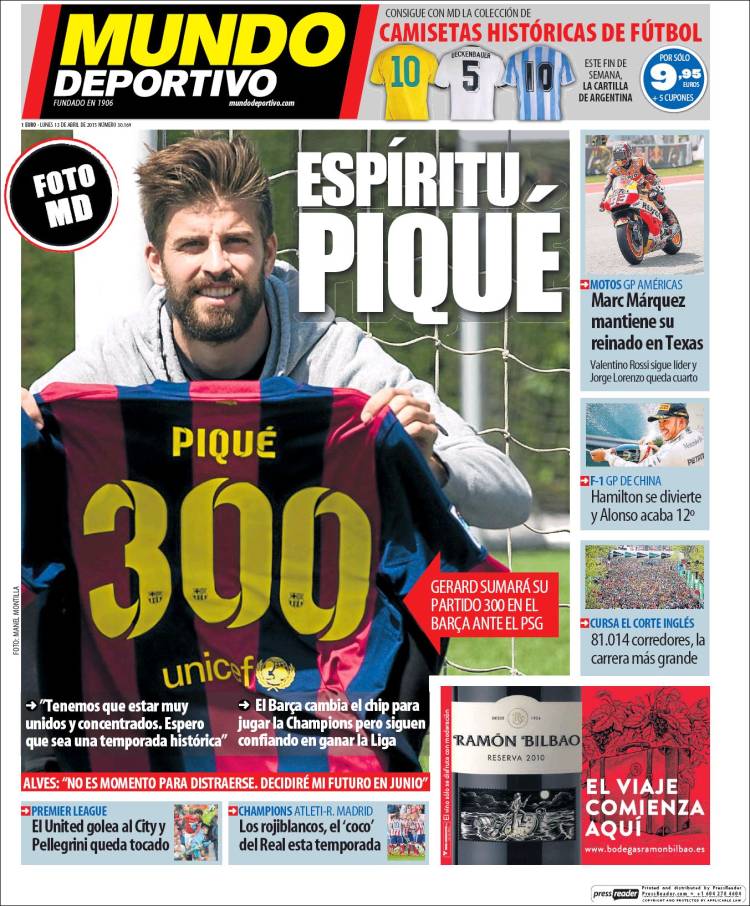 Gerard will play his 300th game for Barca against PSG

“We need to be very united and focused. I hope it’s a historic season”

Alves: “It’s not the time for any distractions. I’ll decide my future in June”

United beat City and Pellegrini’s future is in doubt